WHO I FISHED WITH: After a lengthy break from fishing our local waters, I returned to Texas Saturday, and guided my party of three this morning on Stillhouse Hollow Reservoir.

I’d spent a week vacationing with my wife in Oregon last week, and, due to bright, calm conditions forecast for the entire week prior to that, I only conducted sonar training at that time, so, I’d not actually wet a line on Stillhouse since Aug. 26th.

This morning, I fished with a trio of returning guests.  Shawn Leverington, a U.S. Army officer working out of North Fort Hood booked the trip while his dad, John Leverington, a soon-to-retire missionary, would be in Texas for a visit.  Shawn also invited his friend, Jerry Saikley, who works with military contractors on West Fort Hood, along for the trip. 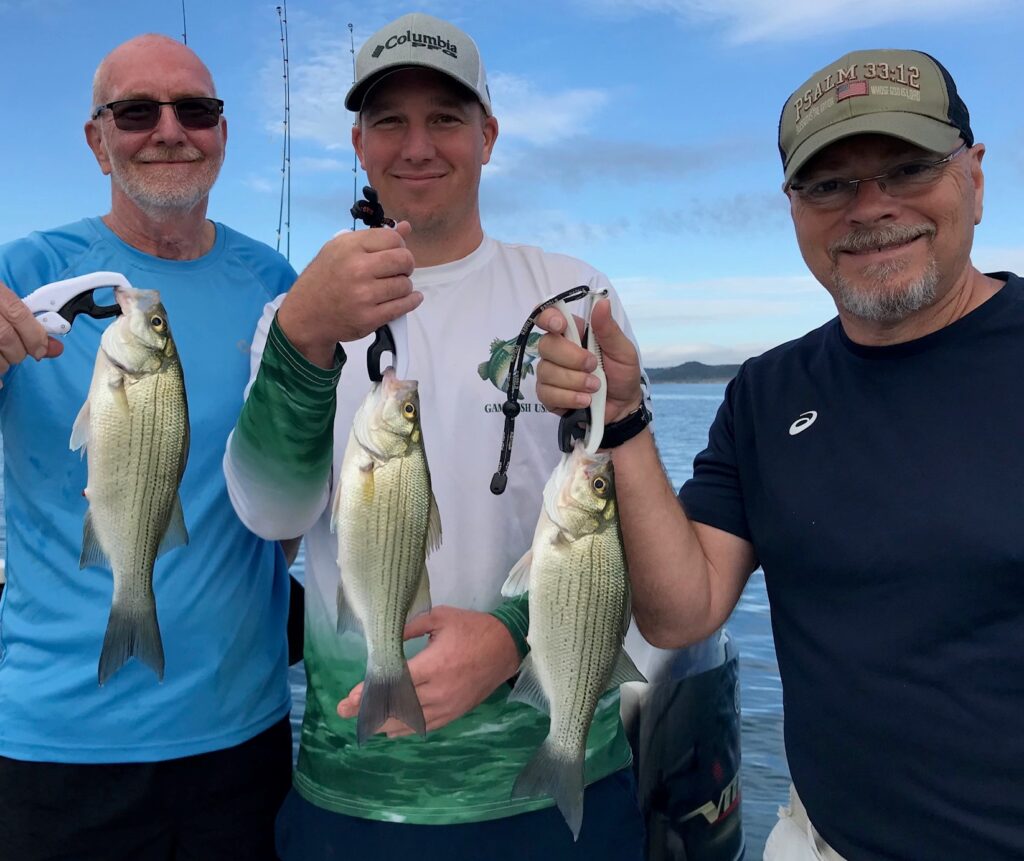 PHOTO CAPTION:  From left, John and Shawn Leverington, and Jerry Saikley with white bass they took on the MAL Heavy with white blade using a sawtooth tactic.

Generally speaking, the fishing is just so-so right now, and will likely continue to be that way until cooler fall weather arrives and the water temperature begins to trend downward.  The bite today, as it had been for most of the latter half of August, was a late morning bite, with nearly all of our action coming in the last 2+ hours.

Although we found fish in the first two hours, these fish were moving slowly if at all, they were tight to the bottom, and they were very reluctant to chase.  After a 7:15 a.m. start, we’d only landed 2 fish and missed a third by 9:00 a.m.

The window of time from 9:15 a.m. through 10:35 a.m. produced best for us this morning.  During this time the fish became much more active, rising 3-5 feet off bottom to patrol aggressively for shad.  The fish responded to both vertical and horizontal presentations.  The horizontal fishing was accomplished using a “sawtooth method” which I describe in detail here:

A big key to the sawtooth method is knowing which side of the boat the greatest number of active fish are on, and about how far from the boat they are located.  This is all gauged via very well-tuned side-imaging sonar (I’m using my H’bird Solix 15 for this task).

The go-to bait for the sawtooth fishing this morning was the MAL Heavy with white blade and chartreuse tail.

After landing his fair share of the fish, and as we fished our last area of the morning, John hooked up with three fish in quick succession.  He “lamented” at that point, “Man, my wrist is really sore,” to which I replied, “Well, I’ll take that as a compliment.”

OBSERVATIONS:  The major weather-maker right now and for the next 3 days will be Tropical Storm Nicholas which is now in the Gulf between the Tex/Mex border and may strengthen to a Cat. 1 hurricane overnight.

Wind Speed & Direction: ESE6-11 all morning thanks to counter-clockwise rotation off of Tropical Storm Nicholas which is in the Gulf between the Tex/Mex border. 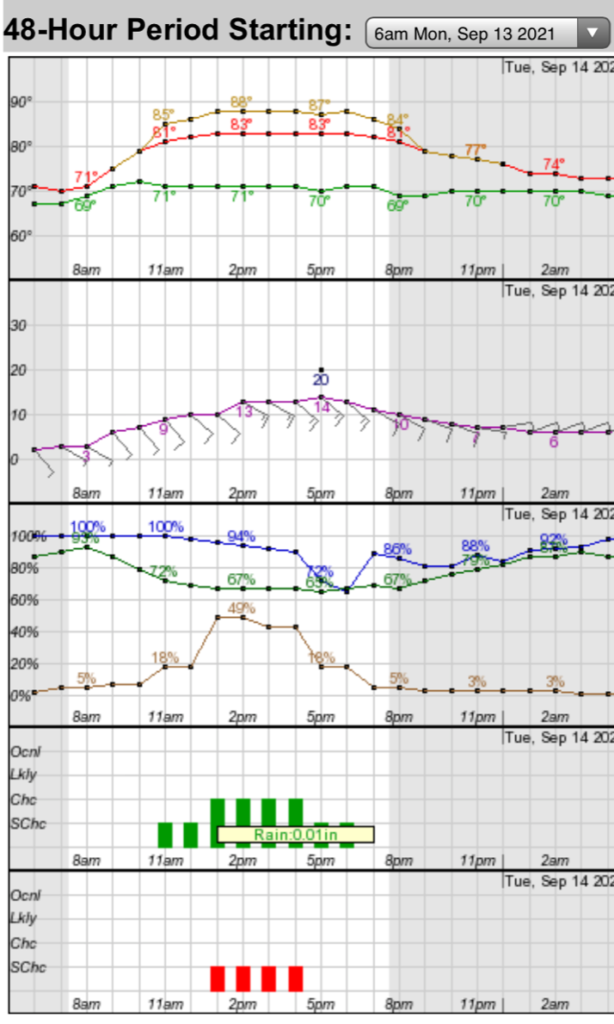