WHO I FISHED WITH:  Due to a marginal wind forecast (I was concerned about winds too high to be out in open water on either Belton or Stillhouse today with forecasts for 15mph straight-line, gusting 22), I opted to run this morning’s trip on Lake Belton so I’d have some options on protected water.

I fished this morning with U.S. Army Major Jon Austin and his wife, Lauren.  As a man directly involved in his unit’s operations, MAJ Austin’s schedule is full all the time.  When he earned some much-needed downtime, he and Lauren dropped their 6-year-old twin boys off at school and came and joined me for a little time spent together and away from life’s pressures for a few hours. 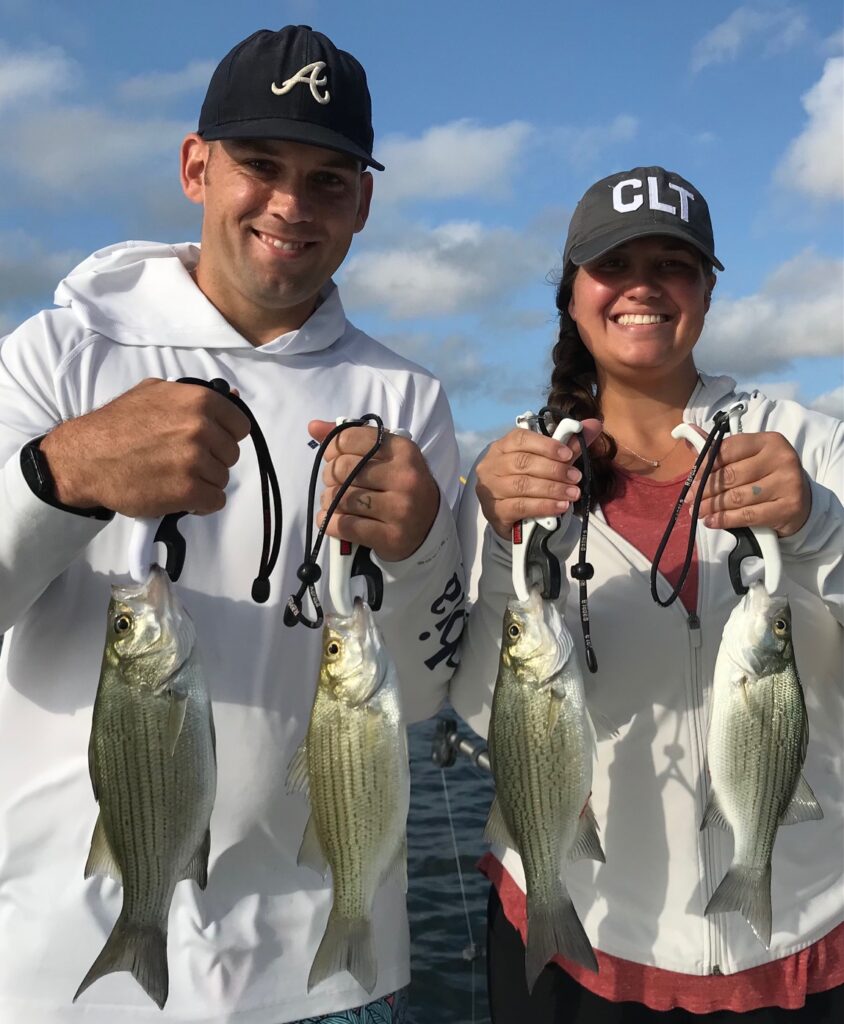 PHOTO CAPTION:   U.S. Army Major Jon Austin and his wife, Lauren, on their first-ever white bass fishing trip.  The couple used vertical and horizontal tactics to catch the lion’s share of their fish, with a bit of exposure to downrigging and topwater sight-casting, as well.

This trip allowed me to compare and contrast Belton versus Stillhouse under similar weather conditions.  In general, the bite was better in the latter part of the morning on both lakes, but we caught fish steadily in the first two hours on Belton, whereas Stillhouse was shut down tight for the first two hours after sunrise yesterday.  Generally, there were more, but smaller, fish to be had on Belton, with much better quality over on Stillhouse.  Finally, the ratio of fish caught on a vertical presentation versus a horizontal presentation was roughly 1 to 5 in favor of the horizontal (or “sawtooth”) retrieve on both lakes.

We encountered fish in three distinct areas this morning, catching 28 fish in our first two hours of fishing in 30-38 feet of water after spotting loosely assembled white bass on or near bottom, Spot-Locking close to them, fishing very quickly with a vertical presentation (aided by Garmin LiveScope) until the fish turned off to that, then immediately transitioning over to the sawtooth method.

Same went for our second area which we fished in the third and fourth hours of the trip, only our fish count went way up as the fish seemed to get more aggressive as the wind and light level rose (through 100% grey skies).  In the second two hours we landed 78 more fish through 12:05 p.m.

After we had essentially packed it in and were heading back to the boat ramp, I spotted multiple schools of white bass which had forced shad to the surface and were feeding on them there.  Even in the chop created by the 11-12 mph N. wind, the white spray from these primarily 2-year class fish could be see fairly easily.

We eased in with the trolling motor in advance of their direction of travel and caught them as they came to us, as surrounded us, and as they moved beyond us.

We added a final 30 fish to our tally in an unplanned additional 15-20 minutes throwing MAL Heavy Lures in white to these fish.  Most fish regurgitated multiple young of the year shad between 1 1/8 and 1 3/4 inches in length.

We landed 128 white bass, 7 undersized hybrid stripers, and 1 largemouth bass.  As it turned out, the wind never really would have been an issue, but, better safe than sorry in this business!

OBSERVATIONS:  The major weather-maker right now and for the next 2 days is Hurricane Nicholas, which made landfall early this morning.

Wind Speed & Direction: N8-12 all morning thanks to counter-clockwise rotation off of Hurricane Nicholas which is in the Gulf north of Galveston 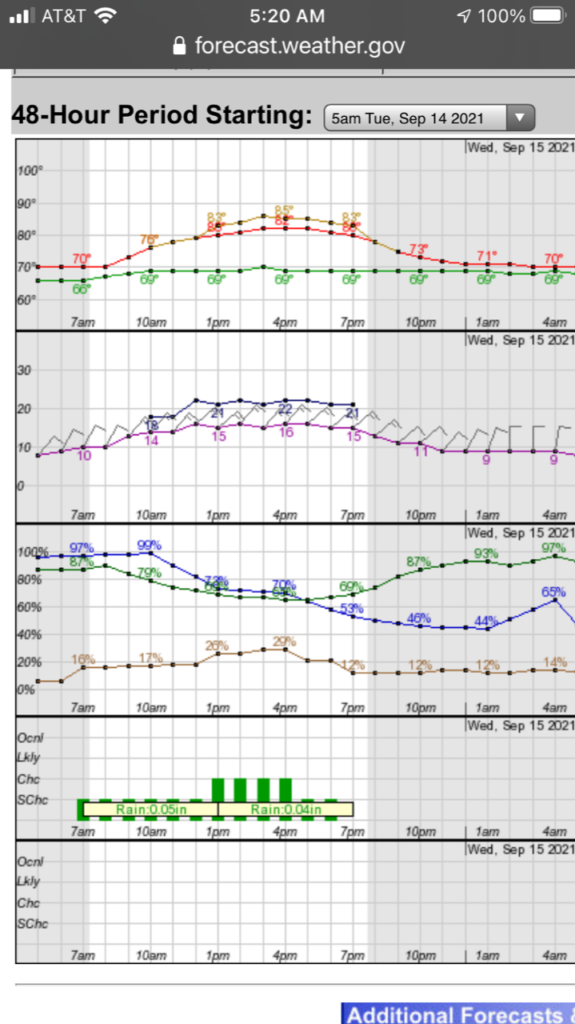