WHO I FISHED WITH:  This morning, Thursday, September 30, I fished on Lake Belton with returning guests Larry Brewer and Blake Hoekstra, accompanied by first-time guest Chris Zwern, Larry’s son-in-law.

Larry has been a long-time fixture in the Austin area HVAC business for decades, Blake is a retired accountant, and Chris is working in the medical equipment segment of Siemens in the Houston area.

The fishing is great and will only get better with the arrival of additional cold fronts.  If you’d like to get in on this fantastic fall fishing, let me know sooner than later.  I can introduce you to the multiple tactics I’ve developed for using the MAL Lure, as well as advanced use of sonar to find and catch fish. 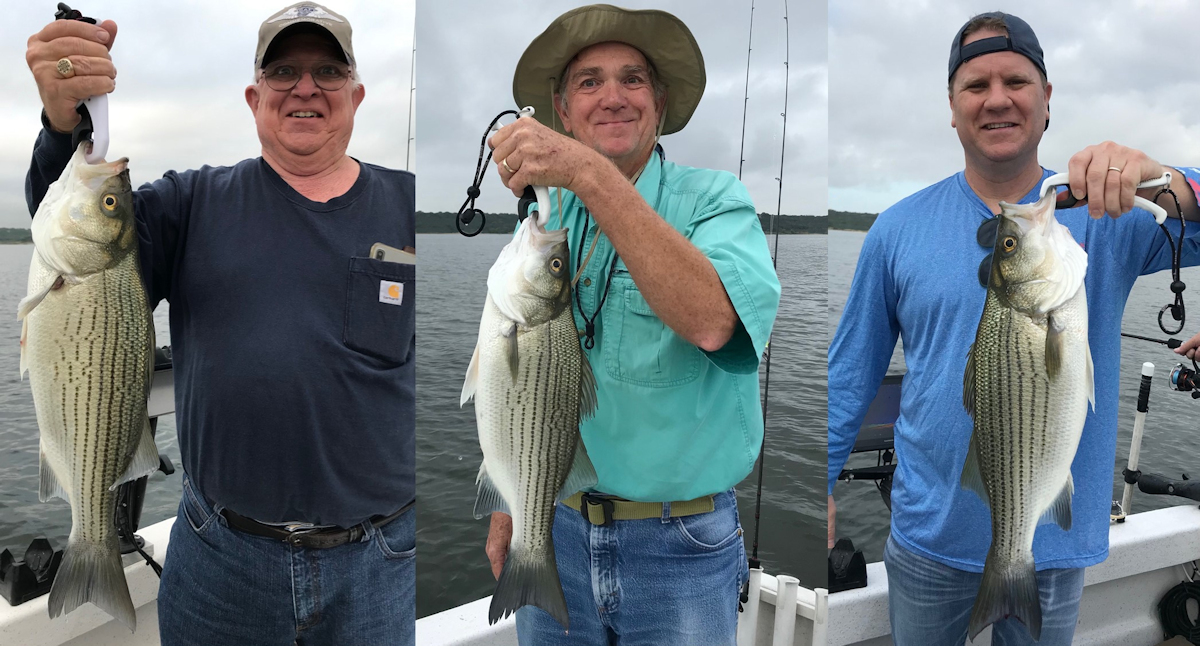 I’ve now had five consecutive trips with over 100 fish per trip.  Of these, this morning’s start was the slowest thanks to bright skies (albeit with a haze), and lack of wind.  These conditions persisted until 8:40.  The wind ratcheted up and the skies grew quickly overcast at the same time in about a 20 minute span.  By 9A, it was game-on.

We fished a few areas prior to 9A, just scraping a few fish here and there.  At 9A, the fish began to chase bait clear up to the surface, occasionally breaking water, a handful of Forster’s terns began working around us, and sonar (2D, DI, & SI) all started to load up with fish.  We fished three areas, all with the same approach.

We fished vertically when the fish were aggressive, and quickly changed over to horizontal tactics when the action cooled a bit.  I keep two separate sets of rods on the boat for each tactic so I can collect up what we’re not using as I distribute the rods we will be using, and change everyone over to a new tactic in about 30 seconds.  This preparation puts more fish in the boat than otherwise.

When the fish were piled up under us, we’d use the MAL Heavy with silver blade/white tail to crank up through them and watch their reaction via Garmin LiveScope.  The higher the fish suspend, the more prone they are to striking.  I therefore coach my clients to pay particular attention to those high-riding fish and attempt to “lead” them as they retrieve their lures past those fish.

When the “haystacks” of fish thinned out, but side imaging showed them patrolling around us, we’d cast horizontally and work MAL Heavy Lures with white blades/chartreuse tails along the bottom using a sawtooth tactic.  The rod and reel combo I use for this is different that the combo used for the vertical work in that the spool diameter is greater and the gear ratio is higher, resulting in a faster moving lure (given an equivalent handle turn speed).

We have abundant rains moving in Friday and Saturday, then the autumn’s second cold front due in Sunday.  That cold front should cement the turnover process, opening the floodgates to fantastic fall fishing a bit earlier than the late October date at which it normally occurs.  Can’t wait!!!

OBSERVATIONS:  Found fish down as deep as 53′ yesterday — deepest fish I’ve found since late May/early June.  The foul, septic odor which often accompanies the fall turnover can be detected now and then as this process begins.  3 terns helped point the direction we needed to “short hop” in as the bite slowed at our 2nd and 4th stops.

Wind Speed & Direction: SE3-4 until around 9A; then increasing as clouds moved in from the SE to SE9-11

Sky Condition: Skies were hazy but cloud free until ~9A, then became 100% greyed over from then until trip’s end 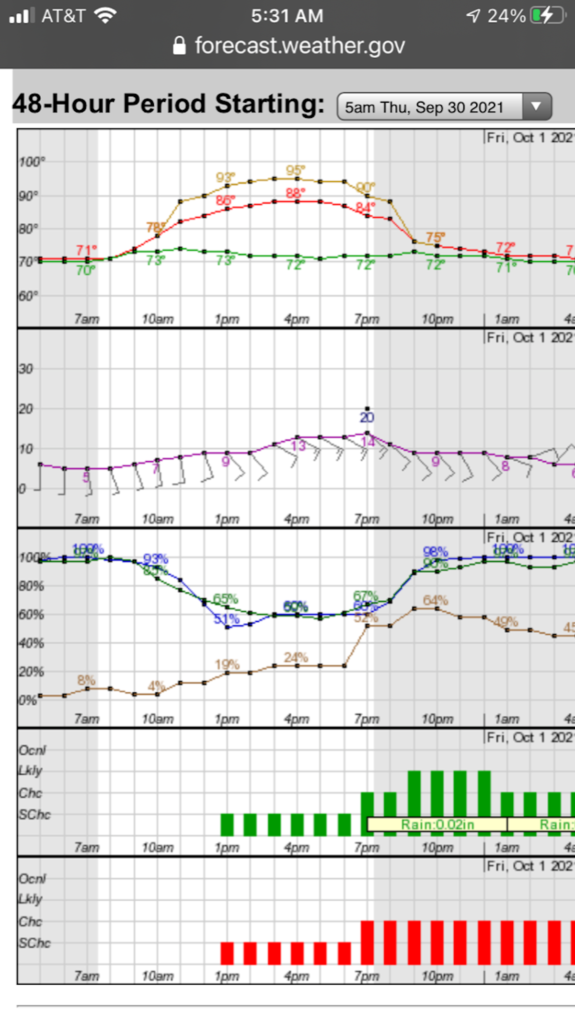 **Area 1275/086 – fishing was slow until we moved to this location, and was slow here, too, until wind/clouds positively impacted the fishing; 47 fish landed here, incl. 3 of the 4 legal hybrid we caught.

**Area 1298 – plentiful, but small, white bass here.  We landed 19 in short order and moved on while they were still biting.  3 short hybrid in the mix.

**Area B0040G, from the waypoint to the breakline with fish carpeting bottom.  41 fish here, including 1 legal hybrid and 1 mature drum.