WHO I FISHED WITH:  This morning, Saturday, October 9th, I fished Lake Belton for this season’s ninth SKIFF program fishing trip offered specifically to military kids and teens.  Joining me were Logan Sinks of Belton, and Drake Adams of Killeen.  The two friends are both 15 years of age.

Logan’s dad, U.S. Army Master Sergeant David Sinks, is currently deployed to Camp Humphries in South Korea.  He has served for approximately 17 years and is in the explosive ordnance disposal (EOD) field.  Drake’s step-father, Sergeant First Class Richard Rodriguez, is an Apache attack helicopter mechanic.  He has served for 21 years and was most recently deployed to South Korea, as well.

My next few openings will be on 9, 16, and 17 November.  Weekday mornings are always best. 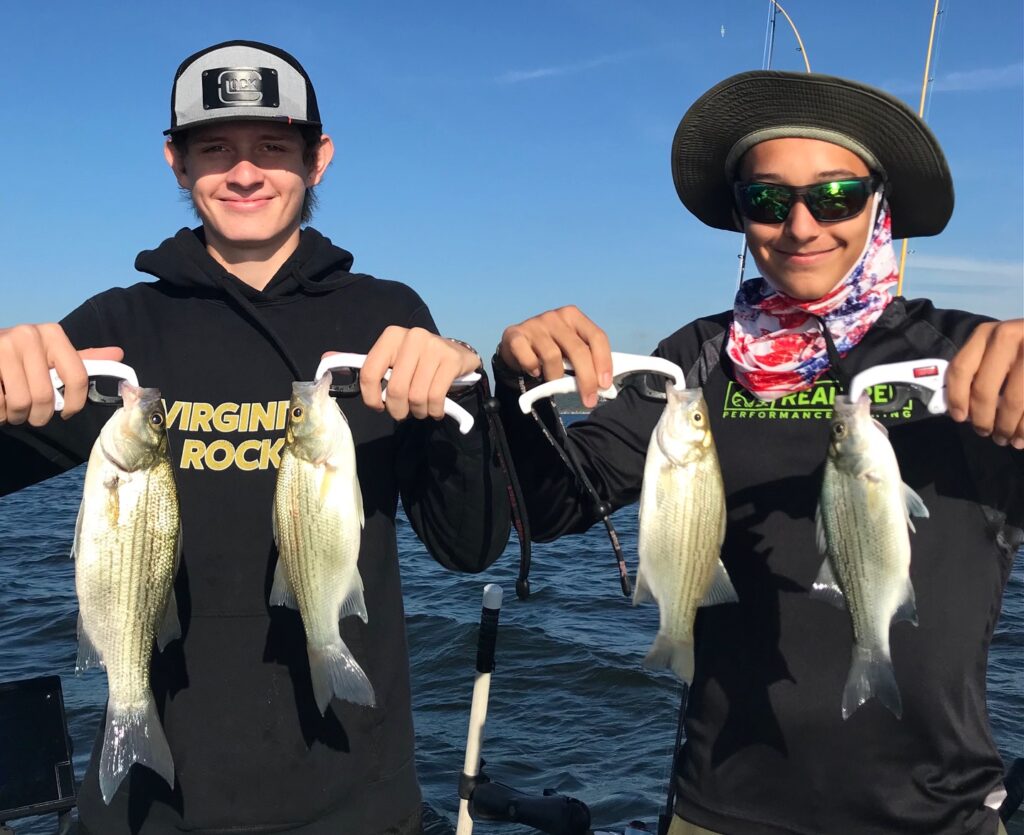 I’ve now had six consecutive trips with over 100 fish per trip.

I’ve been off the water for a week on the annual home-building mission trip to Juarez, Mexico, I make each October with some folks from my church.  We returned around 6:45PM last night, I got a few winks of sleep and then got prepped to receive the boys for 7AM.

The fish were still in the same places doing the same things at the same times as when I last fished on 30 September.

The early morning, low-light bite was weak, with the energy level of the fish rising with light and wind as the morning moved on.

By 9:40, we’d landed 31 fish — 4 via a horizontal “sawtooth” method, and the rest via a vertical tactic in conjunction with Garmin LiveScope.  It was at this time that the wind ramped up sharply from about SSE8 to SSE13.  With this increase in wind came an increase in fish activity.

From 9:50 to 10:30, we more than doubled our catch, landing exactly 70 more fish in this 40-minute span, taking our tally to 101.  At the first hint that the bite at this location was starting to wane, I made a final move to a similar area.

Our primary means of catching this morning was to find fish holding tight to bottom, Spot-Lock on them, work MAL Heavy Lures (white tail, silver blade) vertically up off bottom to about the top of the lower third of the water column, then drop them back while all the time viewing Garmin LiveScope to gauge fish response, and to know when to reel and when not to reel.

The boys got the hang of this quickly, were willing to be coached to smooth out some of the “rookie mistakes” they made with their presentations, and their result benefited handsomely.

OBSERVATIONS:  Since I’d been off the water for a week, I wanted to check the temperature profile at depth.  Here are the results … there is no longer any thermal stratification:

Sky Condition: Skies were 40% clouded at sunrise, decreasing to 10% by trip’s end 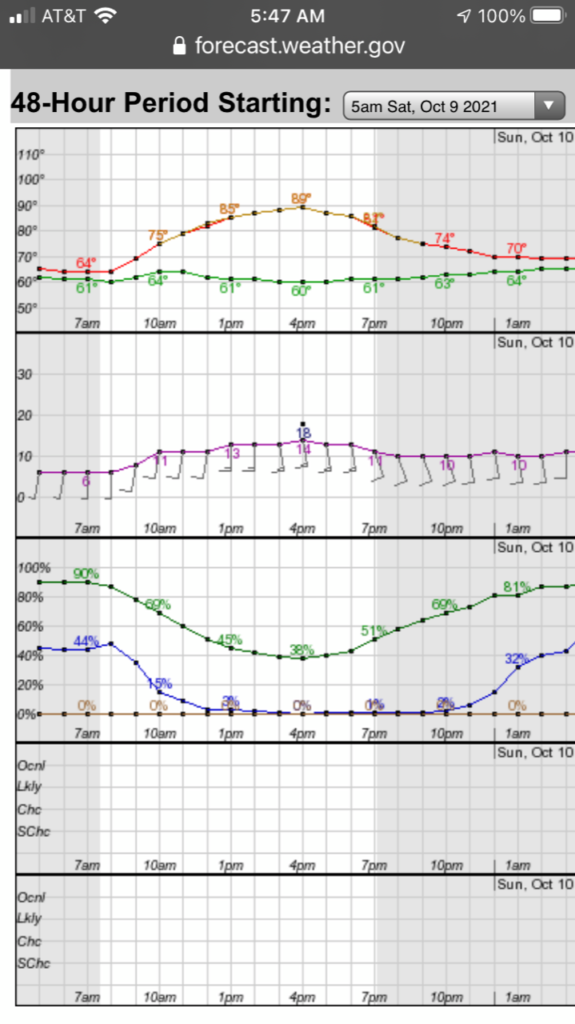 **Area 714 – fish were present and were more aggressive than they had been to this point, but most fish were smallish; moved on by 9:30 with 31 fish landed