WHO I FISHED WITH:  This morning, Monday, October 11, I fished with first time guests Steve Miller, his friend, Kay Ingraffia, and Steve’s brother, Greg Miller, all from the Buda, TX, area.

Steve and Greg have their own boat and routinely pursue white bass and full-blooded striped bass on Canyon Lake, primarily using downriggers.  They’ve followed my reports for a while and have purchased my MAL Lures and wanted to try to tie everything together, including the all-important location piece of the puzzle, this morning.

They landed 130 fish during their 4-hour trip. 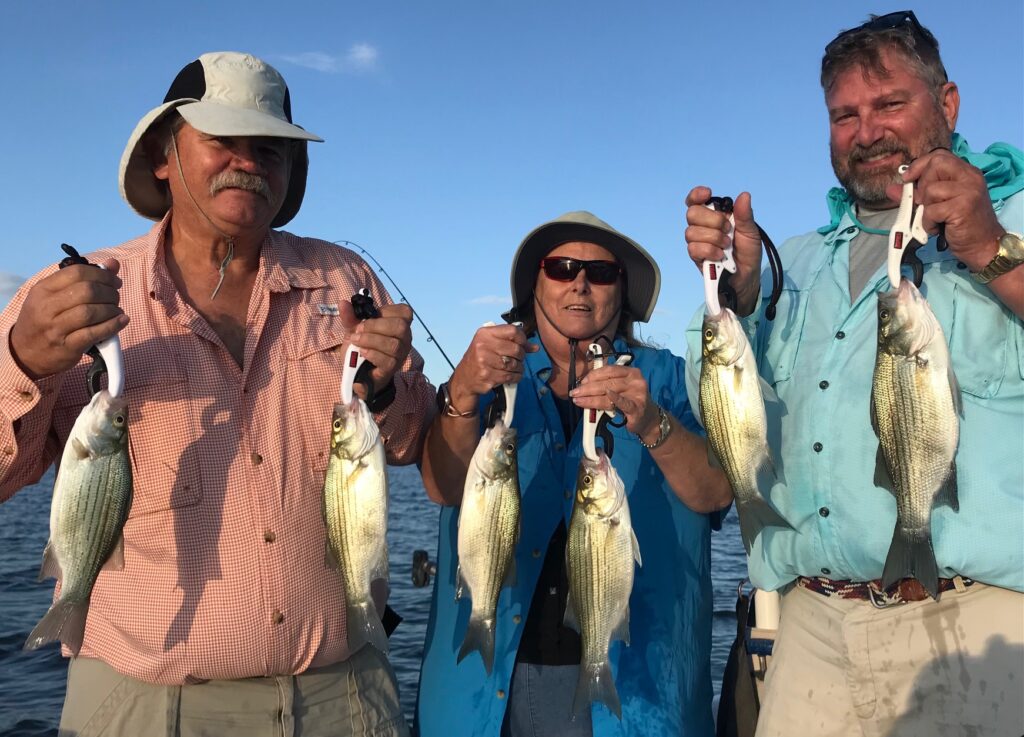 I’ve now had seven consecutive trips with over 100 fish caught.

The big question hanging over this morning’s efforts was “What has the cold front done to the fishing?”.

Overnight, from roughly 10:30 pm to midnight, a cold front swept through Central Texas from west to east, dropping the air temperature from the high 70s around sunset to 59F at sunrise.  A half-inch of rain fell area wide, and the strong southerly winds that blew all day Sunday shifted suddenly from the NNW with the line of passing storms.

There are a lot of opinions and literature out there about how cold fronts impact fishing.  My observation concerning white bass is this:  the time from a cold front’s arrival (and accompanying wind shift thru the west and to the north) and until the winds peak and then plateau, and just before the winds begin to decrease, will produce solid fishing.  As soon as the winds begin to decrease after a front’s passage, white bass fishing typically gets very tough until the south wind begins to blow again.

This tracked true this morning. There were 7-9 mph NNW winds in the wake of the cold front’s passage this morning, all morning.  These winds went slack very quickly around 11:15AM, at which time the bite died quickly.  Otherwise, the fish displayed about the same level of interest as they did with Saturday’s southerly winds and stable weather.

We landed 35 fish in our first two hours working MAL Heavy Lures (white blade, chartreuse tail) in 26-38 feet of water as side-imaging revealed large schools of fish spread along the bottom and patrolling in the lower light conditions.

Our final two hours produced another 95 fish as the winds peaked at NNW9.  During this time we transitioned out to slightly deeper 40-45 foot water, and alternated between working MAL Heavy Lures vertically (white tail, silver blade) when Garmin LiveScope indicated fish were stacked/passing beneath us, and casting horizontally using a sawtooth method with MAL Heavy Lures (white blade, chartreuse tail) when the side-imaging revealed heavier concentrations to the port or starboard side of the boat.

Of the 130 fish landed, 128 were white bass with 1 largemouth and 1 juvenile hybrid striped bass in the mix.

OBSERVATIONS: Spotted the fall’s first ring-bill gull (just one!) and the first pair of loons which evidently rode down on the cold front.  Plenty of monarch butterflies showing up, too.

Wind Speed & Direction: NNW7 at sunrise, slowly increasing to and peaking at NNW9, then going slack around 11:15 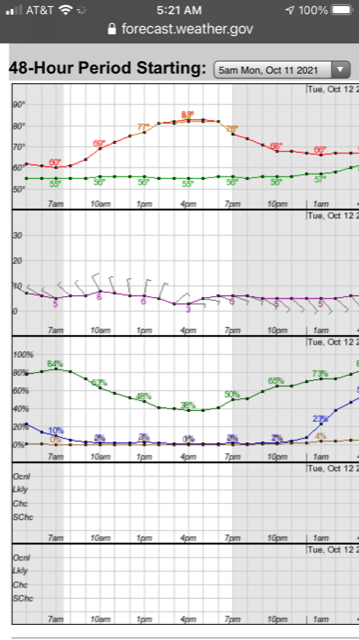 **Area B0155C/B0156C – 6 fish as fish transitioned away from shallow water with rising light level; all sawtooth