WHO I FISHED WITH:  This morning, Wednesday, 13 October, I fished with Mr. Clay Earnshaw and his two sons, Jeffery and Wes, in celebration of Clay’s 62nd birthday.

Clay is a heavy equipment operator, Jeffery is a fire figher, and Wes is in law enforcement.

This trip was a surprise to Clay, as he was previously informed by the boys that they were taking him to go look at a boat to buy.  Evidently, Clay’s wife was also in on this.  The surprise was pulled off very well!!

The men would go on to land 199 fish during their 4-hour adventure. 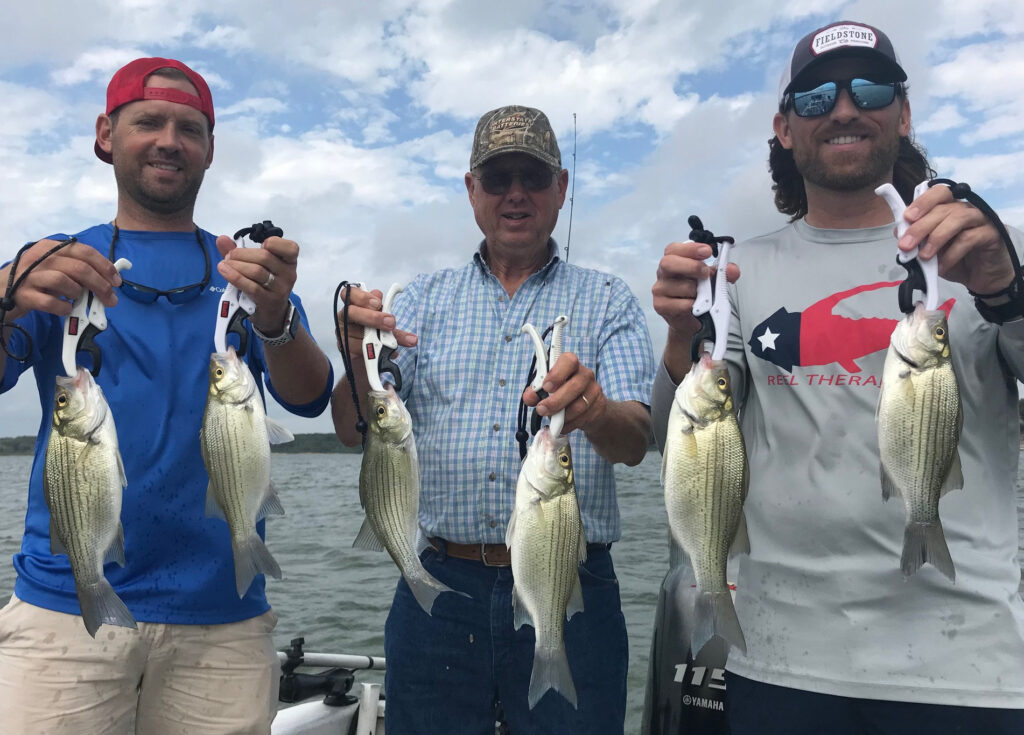 PHOTO CAPTION:  From left: Jeffery, Clay, and Wes Earnshaw booked on a day with made-to-order weather.  The fish fed aggressively for four solid hours.  The MAL Heavy Lure worked its magic to the tune of 199 fish.

I’ve now had nine consecutive trips with over 100 fish caught.

This morning’s fishing was fantastic from start to finish.  The weather was just right.  The wind was up and out of the south, the air had a heavy, humid feel to it, we had grey cloud cover letting just enough sun through that you still needed to squint a little without shades on, and barometric pressure was low thanks to the remnants of a hurricane from Mexico’s west coast passing slowly over Central Texas.

As I awaited my clients’ arrival, there was much greater than normal topwater fish activity randomly occurring around me as rough fish, game fish, and forage fish all were visibly active there.

Within minutes of launching we were on top of fish in about 20 feet of water.  Given how tightly bunched up these fish were, we went vertical with MAL Heavy Lures in silver blade/white tail.  We landed our first 40 fish in under 40 minutes.

As the morning moved along, our conditions stayed solid until the sun broke through briefly around 10:30.  Up to that point we fished four additional areas, all with excellent results.  By 8:46 our fish count increased to 76 at the second area we fished; we added just 6 more fish by 9:06 at the third stop; we increased the tally to 102 by 9:38 at the fourth area we tried, then piled ’em on, taking our tally to 175 at our next-to-last stop by 10:30.

This was the only area at which I found enough fish scattered along the bottom sufficient to make horizontal work worth it.  We landed about 40% of our fish here using the sawtooth horizontal method, and the remainder came vertically.  As the fishing here stopped producing quality fish, we left the fish biting to roll the dice and try to finish up with a few more quality fish.

At 10:30, the sun peeked out. That sun killed the bite for about 15 minutes, then, as cloud cover returned, the bite resumed until the morning feed ended around 11:30.

Our sixth and final stop did produce a better ratio of quality fish.  We landed a final 24 more fish as the morning bite died hard right around 11:30, taking our final total to 199 fish.

As happens each year around this time, the number of small fish in the catch tends to increase over spring/summer results, and we are definitely beginning to see this.  I suspect this is because the “young-of-the-year” white bass have now grow sufficiently to be attracted to shad roughly the same profile/length as the presentations white bass anglers typically use (jigs, slabs, spinners, tailspinners, etc.).  These fish have obviously been present since they were spawned, but were not yet eating that large of prey.

Of the 199 fish landed, 190 were white bass, with 1 largemouth bass and 8 juvenile hybrid striped bass in the mix.

OBSERVATIONS: The 2020 stocking of hybrid striped bass is really looking promising.  These should be to 3 pounds and 18″ by 2023.  They are showing up at about 3-4% of my white bass bycatch just about everywhere I’m fishing on Lake Belton now. 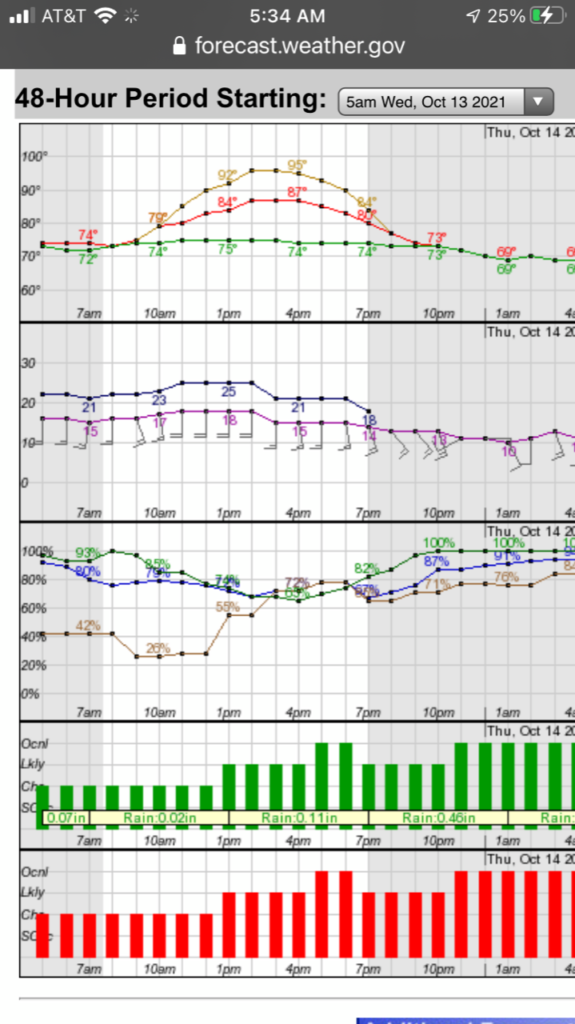