WHO I FISHED WITH:  This morning, Tuesday, October 19, I welcomed aboard a U.S. Army “Gold Star” family.

A family’s receipt of a “Gold Star” is an honor no family desires.  A Gold Star Family is the immediate family member(s) of a fallen service member who died while serving in a time of conflict.

The kids were treated to their excursion free of charge via the Soldiers’ Kids Involved in Fishing Fun (SKIFF) program.

SKIFF is now in its 12th year, sponsored by the Austin Fly Fishers, and supported by individuals and entities, like the McBride Foundation, the Sun City Women Helping Others chapter, the Sun City Rod & Gun Club, and others, all of whom desire that kids separated from a parent by that parent’s military duty, be given an opportunity to experience the outdoors through fishing during that time of separation, free of charge.  The program offers a time of respite for the home-front parents who may need a short break from single-parenting.

My crew of four would land 205 fish this morning.  Details follow…

My next three openings will be on 1, 2, and 6 December.  Weekday mornings are always best. 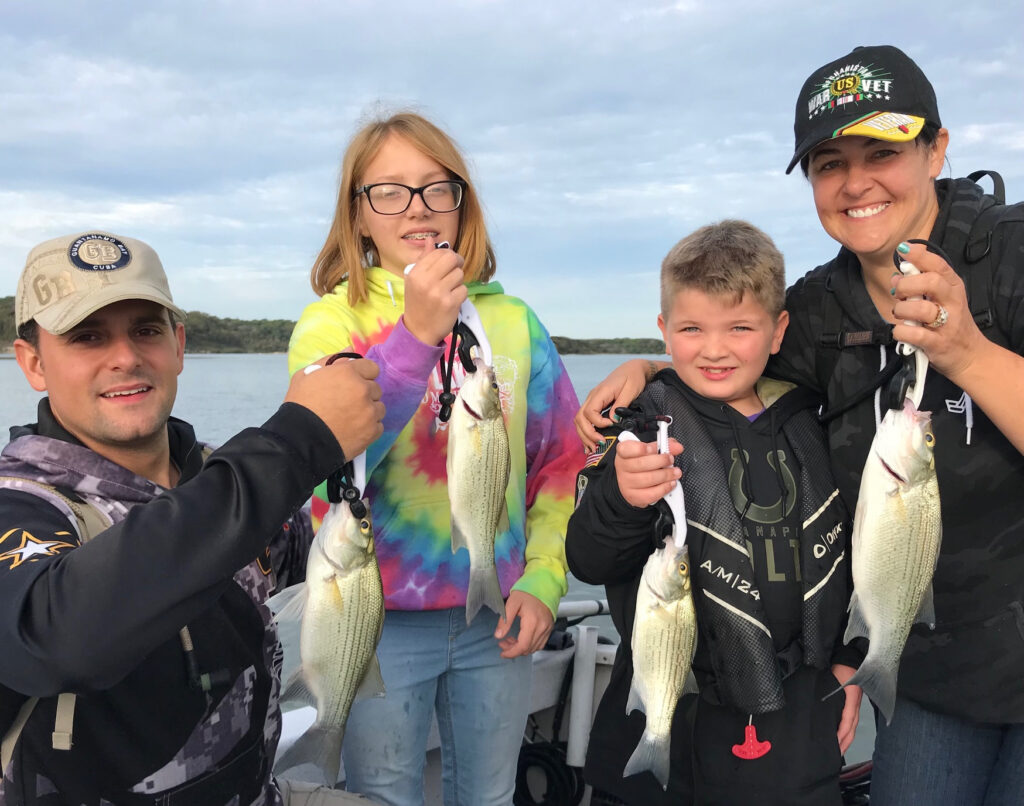 PHOTO CAPTION:  From left: Britton, Jayden (age 14), Zach (age 8), and Hollie with a portion of their 205 fish catch from Lake Belton today.

This morning’s fishing was 100% vertical.  We fished only four areas using only the MAL Heavy in white tail/silver blade.

I arrayed my four anglers abreast of one another on the starboard side of the boat, with two anglers on each of the two Garmin LiveScope units networked into a single transducer covering an elliptically-shaped area directly below each of them.  Each could see his/her lure rise and fall 100% of the time, so each knew when fish were nearby and could respond accordingly.

One of the challenges today was to help keep everyone from reeling their fish in too far.  Doing so greatly increases the odds of losing a fish right at boatside. Each improved on this such that, by the end of the trip, we were losing far fewer fish at the boat before they were swung overboard.

Zach was obsessed with our fish count.  At the start of the trip I told everyone I’d keep them updated with every tenth fish we landed.  That satisfied 8-year-old Zach up to around fish number 60.  After that, I believe he asked, “What number fish was that?” after every single fish.

We had two oddities occur today.  First, three of my four anglers managed to land rocks, then, Jayden landed a white bass which was both hooked in its mouth with the MAL Heavy Lure’s treble hook, and was “lassoed” with a half-hitch around the base of its tail.  In a lifetime of fishing I’d never seen that before.

We caught lots of fish, had lots of fun, and even got Jayden to reconsider her reluctance to trying “new things”.

Of the 205 fish landed, 191 were white bass, with 1 largemouth bass, 1 smallmouth bass, 1 freshwater drum, and 11 juvenile hybrid striped bass in the mix. 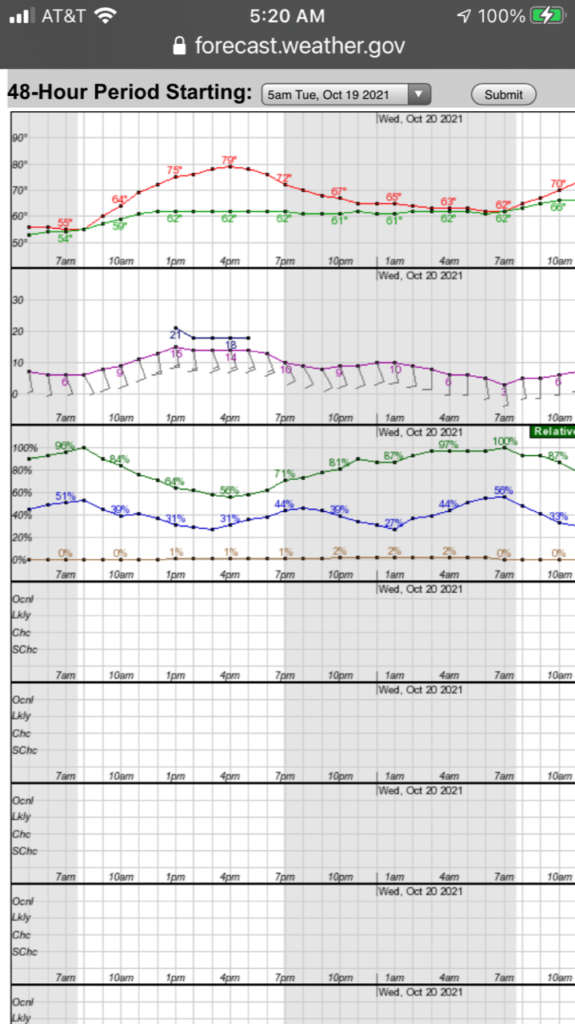