WHO I FISHED WITH:  This morning, Monday, November 1st, I returned to the water after a four day lay off.  Thursday and Friday had gale force winds, Saturday’s post-frontal conditions were more well suited to a sonar training, and I don’t fish on Sundays, so, today was the first day back on the water after last week’s strong (albeit not very cold) cold front.  I fished with Woody and Peggy Ray of Youngsport, TX.

Woody has run a well-respected large/small animal veterinary hospital for many years in Killeen and Peggy used to work on the administrative side of a large construction firm.  They now continue on in the vet business, raise cattle and (as you fellow cattlemen know) have a host of “supporting activities” that go along with it … raising food for the cattle, fixing the irrigation system to raise the food to raise the cattle, etc., etc.

Here’s how this morning went…

My next three openings will be on 7, 8 and 9 December.  Weekday mornings are always best. 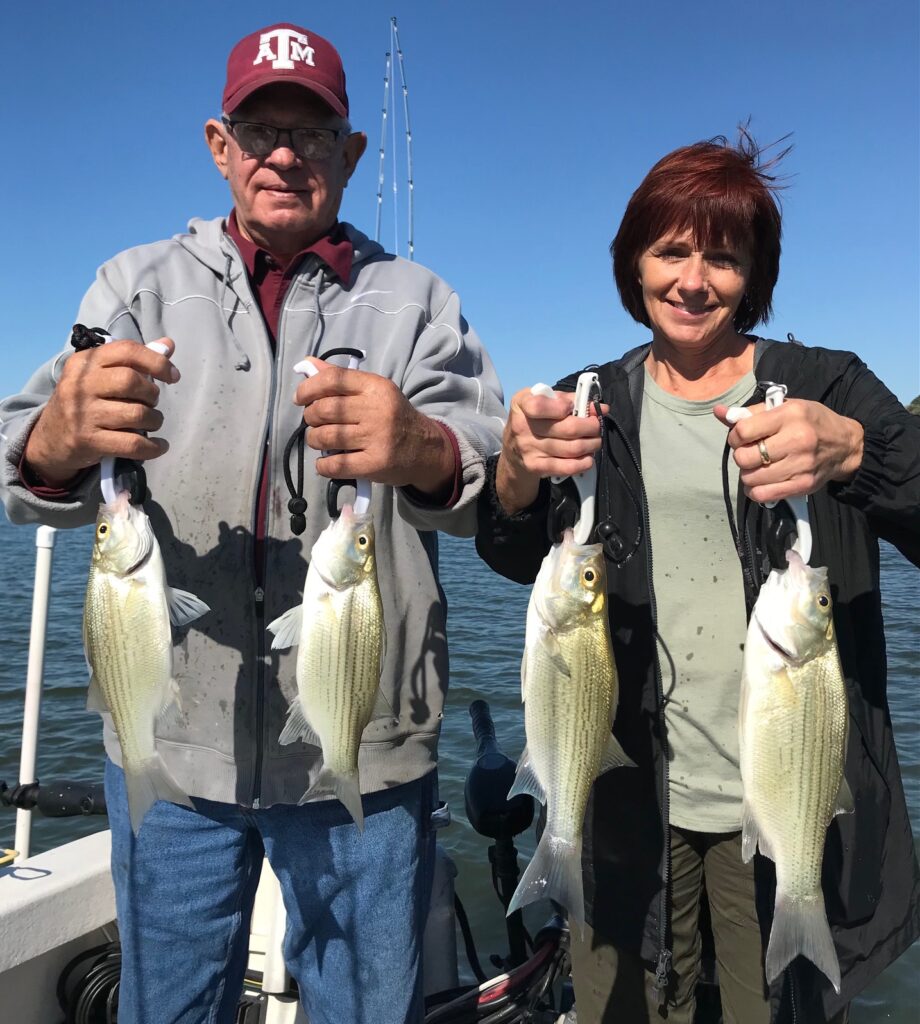 PHOTO CAPTION:     Woody and Peggy Ray caught and released 120 fish on this first day of November during a lull in weather between fronts.

Today saw a returning south wind after a very classic calm, bright, cool, post-frontal weekend.  This morning’s temperature was 7 degrees warmer than Sunday’s as humidity came in off the Gulf on those south winds.

We did not struggle to find significant concentrations of fish to fish for, and wound up being successful in four of the six areas where we located fish.  The other two locations held fish, but those fish were not aggressive when we tried tempting them.

All but four of our fish were taken vertically this morning, using the tried and true MAL Heavy Lure with silver blade and white tail.

There was a noticeable increase in the water’s siltiness, no doubt due to the strong winds we experienced of late.  This will settle through Wednesday, but another front is due in thereafter.

Although we caught small fish at each location, there were more small fish in some locations than others, so, I used my standard approach of gauging the first 15 fish landed at an area and basing my decision to stay or move on the size mix from that 15-fish sample.  We moved only once due to a predominance of small fish.

Of the 120 fish landed, 114 were white bass, with 6 juvenile hybrid striped bass mixed in.

Wind Speed & Direction:  SSE all morning, starting at near calm, building to SSE7 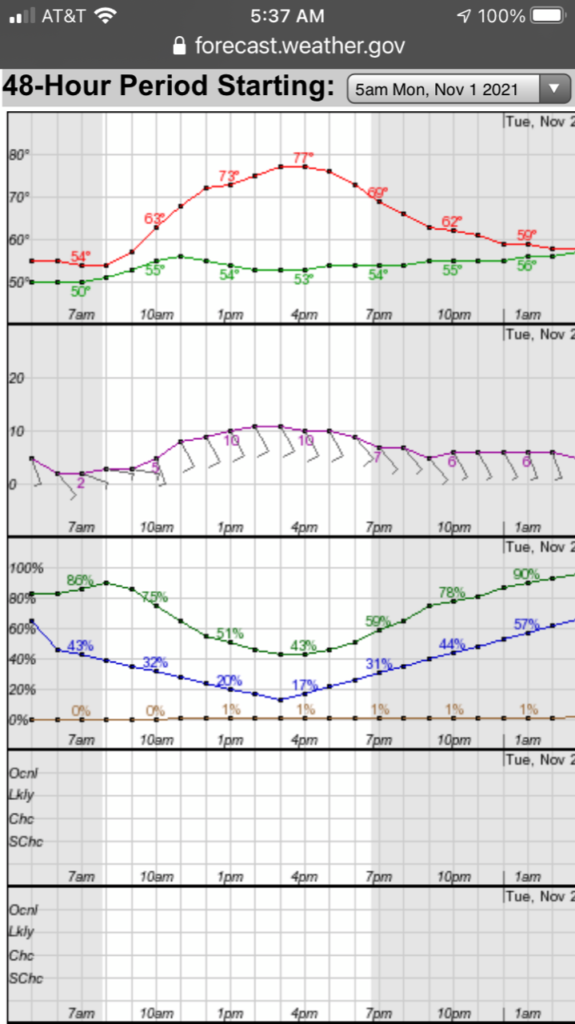