WHO I FISHED WITH:  This morning, Tuesday, November 2nd, I fished with Rick Bookout and his son, Lincoln, from Haslet, TX, just north of Fort Worth.

I first got acquainted with the Bookouts through my friends at Mepps lure company when Lincoln wrote a very well-worded testimonial to Mepps about his success at a white bass tournament on Cedar Creek Lake using the MAL Lure which Mepps produces for me.

Lincoln is working his way through high school where his favorite subject is “ELA” (English language arts — no surprise there) and where he competes on the school’s bass fishing team.  Rick, a 1993 graduate of the U.S. Air Force Academy, now sells pharmaceuticals for a living.  Our common service academy and military experiences gave us plenty to talk about.

Long story short, I invited Lincoln and his dad down for a morning of fishing in the deeper, clearer waters of Central Texas to both meet them in person, and show them how Garmin LiveScope dovetails well with using MAL Heavy Lures in the vertical presentations required on Hill Country reservoirs.

Here’s how this morning went…

My next three openings will be on 7, 9, &14 December.  Weekday mornings are always best. 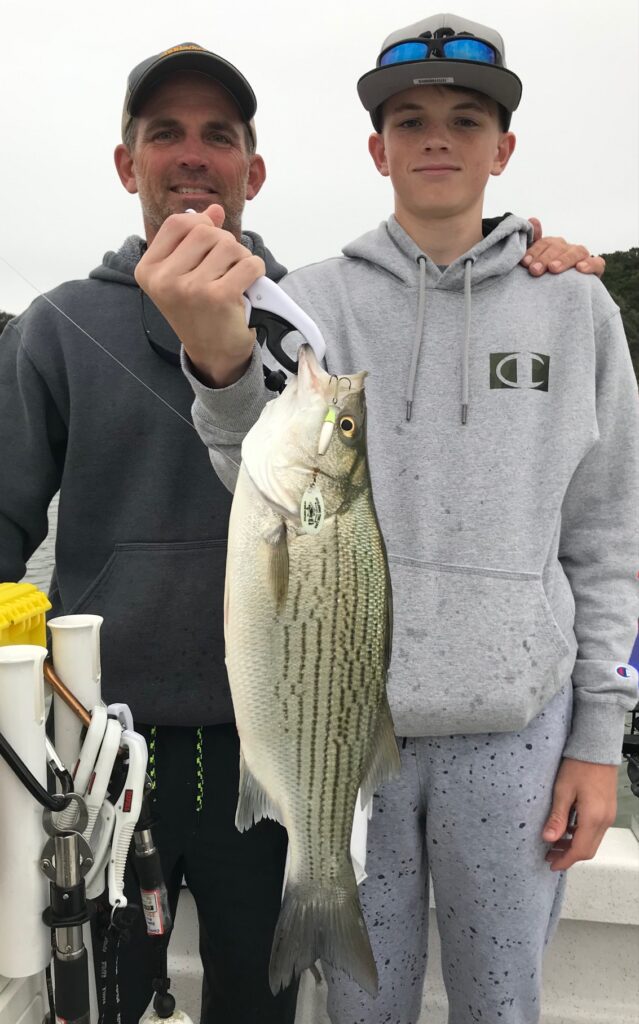 PHOTO CAPTION:   Rick Bookout and his son, Lincoln, with a nice 4.25 pound Lake Belton hybrid which Lincoln brought to net around 8:15AM.  This fish was taken on an MAL Heavy Lure with white blade and chartreuse tail — the same lure Lincoln enjoyed recent success with for striper on Lake Texoma. 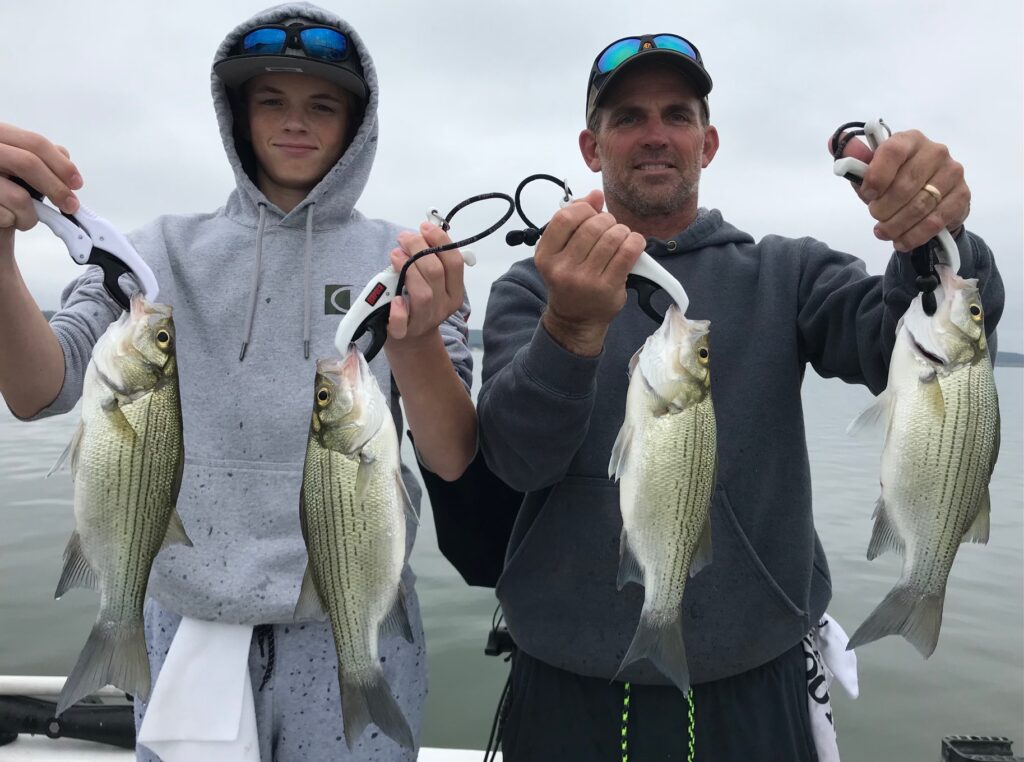 PHOTO CAPTION:  Although Lincoln (left) and Rick “waded” through quite a few small ones in today’s take of 203 fish (all released), quality white bass were there and fell for both vertical and horizontal presentations with the water temperature still above 70F.

The lead edge of a very slow moving, wet cold front shifted our winds to the N overnight, around 3AM.  We had a light, northerly breeze all morning rippling the water, along with 100% grey cloud cover.

In addition to catching fish and highlighting the effectiveness of the MAL Lure/Garmin LiveScope combination, I also wanted to give the Bookouts an overview of Lake Belton, so, we “sampled” the fishing in the Leon River arm, in the main basin near the dam, and in the Cowhouse Creek arm over the 4+ hours we fished, catching fish in all three locations.

The bite got off to a slow start, as it often does this time of year with murky skies.  The bite continued to improve and peaked around 10:30AM with increasing breeze and light, stayed at a high plateau through 11:30AM, and then began to fade out to near nil by noon.

Thanks to the weather conditions, we witnessed light topwater feeding at three distinct locations this morning.

Gently sloping areas in 22-36 feet were the common threads on fish location today.

The fish seemed more mobile today, allowing fewer fish to be caught at a given location before we had to move to keep up with them.  It was not that they quit biting, rather, they simply moved on in pursuit of shad.

The last area we fished today we fished as a result of spotting the season’s first birds working shad pushed to the surface by gamefish beneath (these were ring-billed gulls).  I don’t know if these birds will reside at Belton, or if they are just passing through, but, by the third week of November we normally have some resident birds to help solve the fish-location puzzle.

By 11:45, we had landed 155 fish.  I told the fellows that if we focused on the LiveScope and made a concerted effort to fight and land each hooked fish, we could eclipse the 200 fish mark before heading in.  In the next 23 minutes, the three of us hooked and landed 48 more fish to finish up the morning with exactly 203 fish.

OBSERVATIONS:  A handful of gulls were sighted this morning, several of which pointed the way to fish during the late morning. 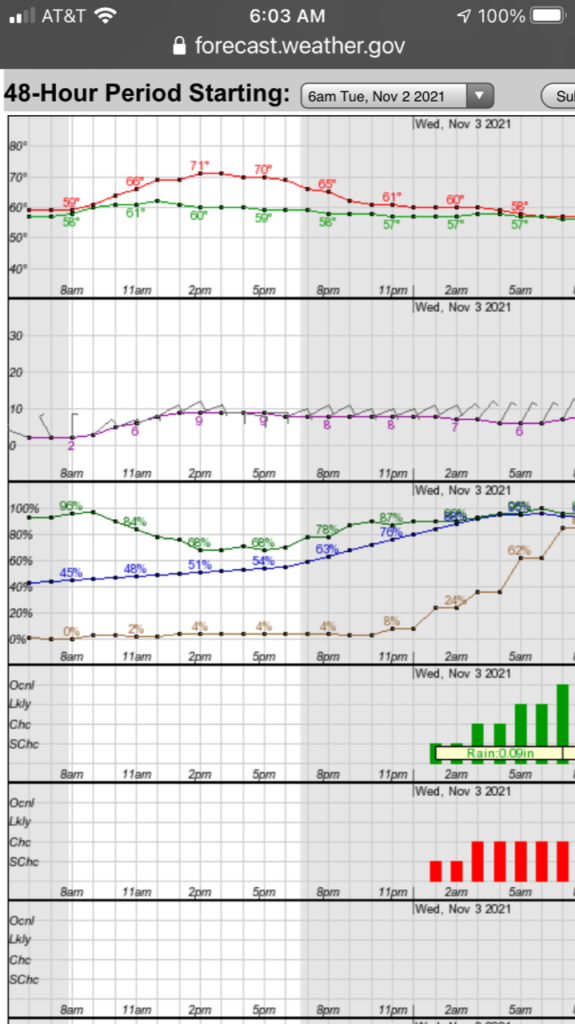