WHO I FISHED WITH:  Yesterday morning, Thursday, November 4th, I fished with longtime clients Joe, Jack, and Jamie Oliver, joined on this trip by Joe’s friends and first time guests of mine, brothers John and Dwayne McMeans.  John drove in from Georgetown, and Dwayne came in from near Sulphur Springs.

Joe, John, and Dwayne are retired educators and coaches, Jack runs an electrician business out in Marble Falls and also deals in real estate there, and Jamie is a retired psychiatrist now living near the Dallas Motor Speedway.

This trip was gifted to Joe for Fathers’ Day this year by his daughter, Amber, his son-in-law, Izzy Pugh, and their kids.

My next three openings will be on 9, 14 & 15 December.  Weekday mornings are always best. 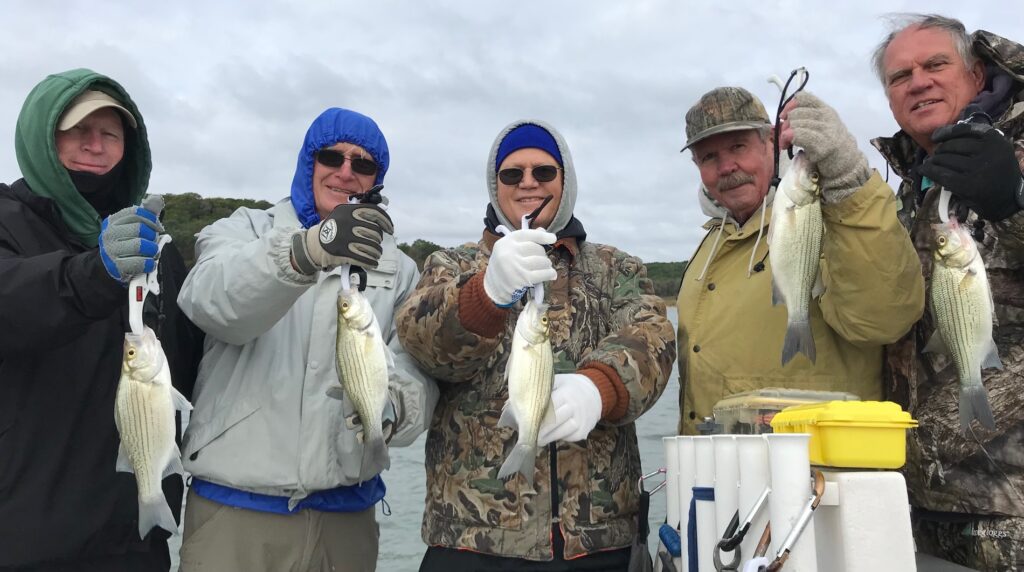 PHOTO CAPTION:  From left: Dwayne and John McMeans, and Joe, Jamie, and Jack Oliver. With hoods up and gloves on, my crew set out on a cold, windy, 48F morning which resulted in a catch of 226 white  bass.

Thanks to thick cloud cover, it was still fairly dark at our 7:30 start time, so much so that I spent a full 25 minutes looking for our first batch of fish to fish for. Once we found fish, they were pretty reluctant at the first three areas we tried. Each of these areas gave up just a few fish, and we experienced many fish that would simply pass on our presentation without interest.

As the skies brightened, although we still had 100% grey cloud cover, the bite slowly built. This was aided by increasing winds which got to just shy of NW13.

We did 100% of our catching today on the silver-bladed, white-tailed MAL heavy Lures used in conjunction with LiveScope.

If there is one thing I noticed on the water this morning which I would attribute to Wednesday’s rain and falling temperatures, I would say that it moved the fish somewhat shallower. Most all of our fish today came in 20 to 26 feet of water.

Of the 226 fish landed, 203 were white bass, with 1 freshwater drum, 1 largemouth bass, and 21 juvenile hybrid striped bass mixed in.

OBSERVATIONS:  I saw only two gulls this morning, but they were working over fish, and helped us get on top of the second area at which we enjoyed success. 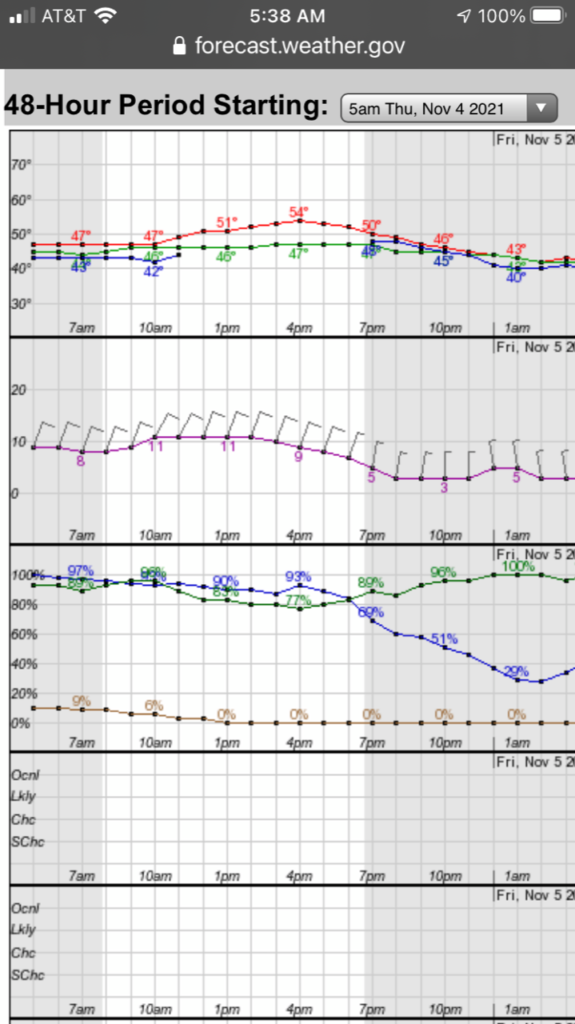