WHO I FISHED WITH:  This past Friday morning, Nov. 12th, I fished with first time guests Lee Hendrick, his son-in-law, Thad Thompson, and Thad’s sons, 11-year-old Zane and 8-year-old Sam Thompson.

Lee is an instructor at the same private school the boys attend, and Thad is a software designer.  This crew of four came in from the Liberty Hill area.

The boys’ grandmother, Jody Hendrick, coordinated everything well in advance. 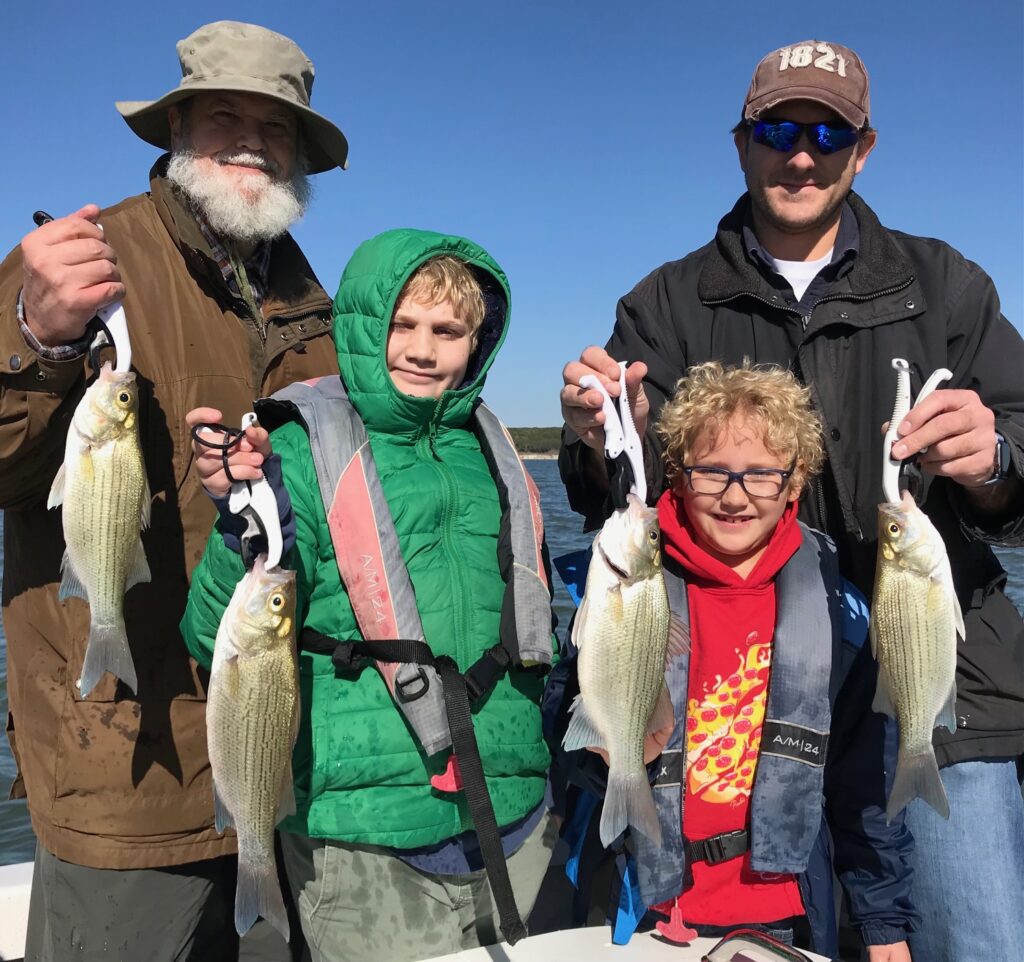 PHOTO CAPTION:  From left: Lee Hendrick, Zane, Sam, and Thad Thompson with a few of the white bass they landed on MAL Heavy Lures with white blades and chartreuse tails in the hours between the passage of one cold front and the arrival of another.

We had an unusual weather scenario play out leading up to this morning’s trip in that a cold front passed over Central Texas in the early hours of Thursday, 11 Nov., leaving cool, dry air and northerly winds briefly in its wake.  However, overnight, the winds shifted back to just barely south of west in advance of the arrival a mild reinforcing front.  Our trip took place between these two fronts, as the WSW wind was shifting more westerly and beginning to increase in velocity.

We caught fish well under the low-light conditions around dawn, then had below average results for the middle two hours of the trip under bright, clear skies and low winds.  Our final hour produced results well above average as the winds hit ~13 mph due west.

We picked up 22 fish in our first hour while the light level was still low.

We moved around a lot taking a few fish here and a few fish there during our middle two hours, using the jog function on the Minn Kota trolling motor extensively.  We found that by catching a few fish upon arrival and then moving to another group of fish once they original fish we’d found shut down, we did better than by just staying put, as the fish were just reluctant to come our way.  We only added 34 more fish during the middle 2 hours of the trip.

Finally, as the west wind kicked in, the fish turned on and we were able to pick up a final 47 fish in under an hour at our final stop of the morning.

All fish landed today were landed using a vertical retrieve with the MAL Heavy with white blade and chartreuse tail.

Zane and Sam really locked onto the possibility of catching 100 fish in one trip, and they redoubled their efforts and stayed quite focused on that goal during that final leg of the trip.

When all was said and done, we landed 103 fish, including 1 blue catfish, 8 juvenile hybrid striped bass, and 94 white bass.

OBSERVATIONS: 1) The bite increased with the wind this morning as we faced a light W wind between yesterday’s 1A frontal passage and another front which would arrive around 2:30P on this day. 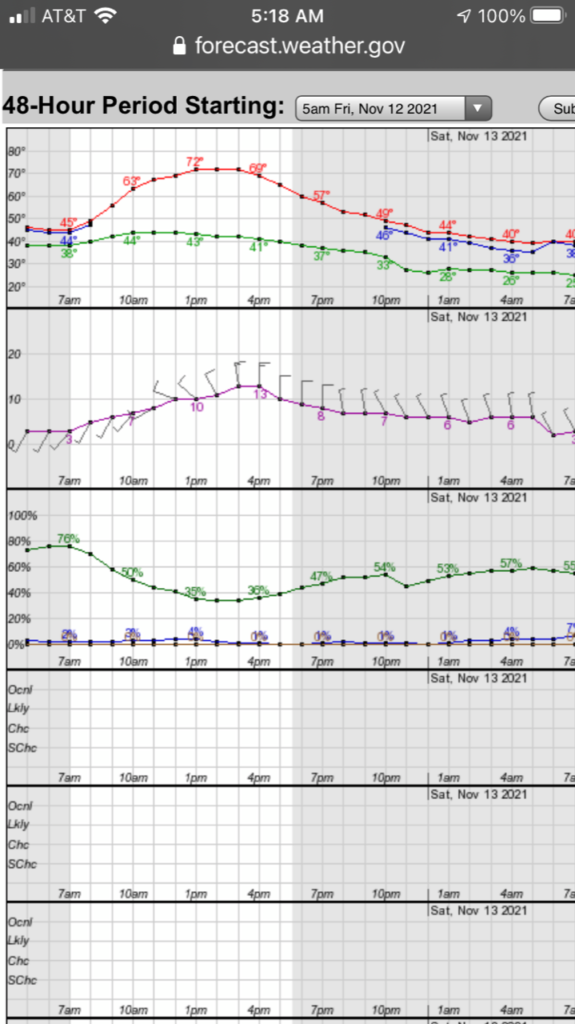