WHO I FISHED WITH:  This morning, Monday, 15 Nov., I fished with returning guests Woody and Peggy Ray, joined by first-time guest, John Ross, who is Peggy’s uncle.

Woody runs well-respected large/small animal veterinary hospital in Killeen, and Peggy used to work on the administrative side of a large construction firm.  John is a retired U.S. Army Aviator and Vietnam War veteran. 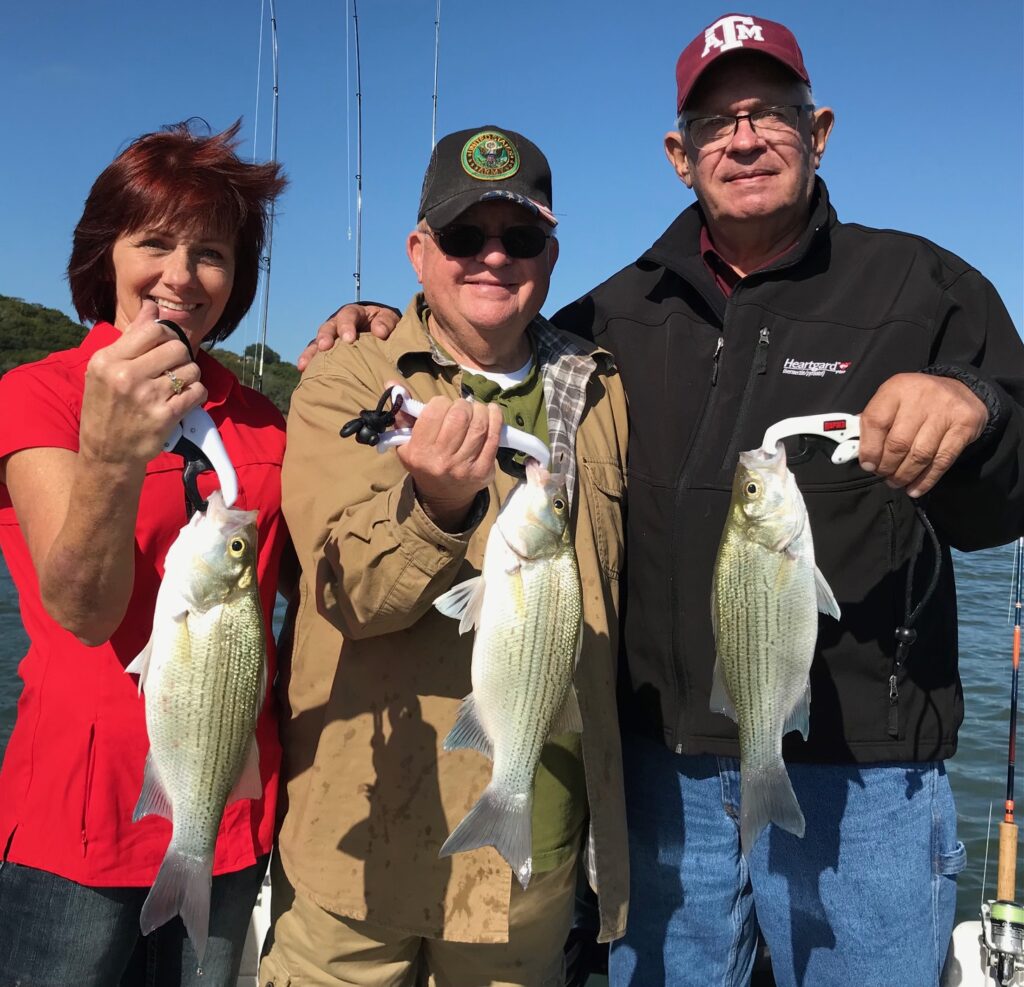 PHOTO CAPTION:  From left: Peggy Ray, “Uncle” John Ross, and Woody Ray with a sampling of the white bass we took this morning on MAL Heavy Lures (white blade/chartreuse tail) as the winds returned from the south following tough, post-frontal conditions over the weekend.

We met up around 6:45A and the fish started doing their thing just a little after 7A.  Widespread bird activity, indicating mobile, feeding fish, helped us to a 55 fish catch in our first 2 hours.  During this time a light fog settled over us, but, since the birds had already found the fish, they just stayed low over the water and kept right on feeding, thus being of great help to us in finding fish.  The vast majority of these fish were taken with a vertical presentation using MAL Heavy Lures with white blades and chartreuse tails.

By 8:50A, the fog cleared and we had about a 25 minute span without much wind.  I looked over a number of areas without finding much and was about to return to more open water for the sake of fishing where the wind was rippling the water, but, the wind picked up, rippled the water right in our vicinity, and the fish turned on.  We landed 47 fish at our second stop of the morning and stayed on these aggressive fish until they quit.

It was now into the fourth hour after sunrise and the bite began to wane.  We found two more bunches of fish, landing 10 at the first and a final 6 at the second and then called it a good morning right at the four-hour mark.  We did look over three areas with sonar on our way back in, just in case, but none of these areas showed much in the way of fish (nor bait).

When all was said and done, we landed 118 fish, including 1 largemouth bass, 1 juvenile hybrid striped bass, and 116 white bass.

OBSERVATIONS: 1) Next front is due in in the early morning hours of Thursday, 18 Nov.

Wind Speed & Direction:  SSE4 at trip’s start, going slack after the patchy fog cleared, then picking up again at SSE6-9

Sky Condition: Blue skies with a light haze and some clouds building in the eastern sky near trip’s end 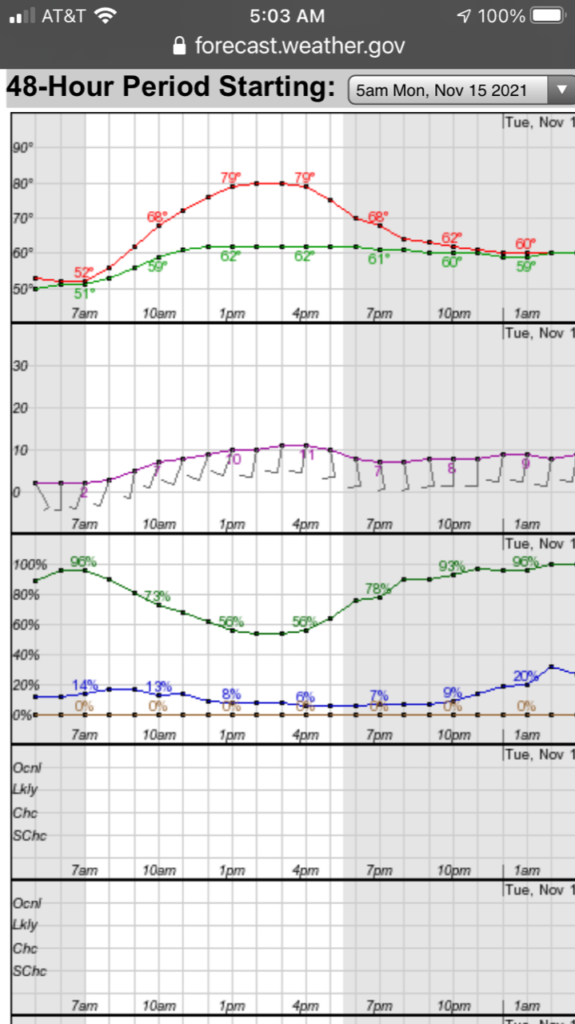