WHO I FISHED WITH:  On Wednesday, November 17th, I fished in the afternoon with returning guest Dennis Healy, accompanied by his friend and my first-time guest, Mike Momsen, both of Georgetown, TX.

After a blustery south wind all during the morning’s trip, we faced clearer, brighter, less windy conditions this afternoon. 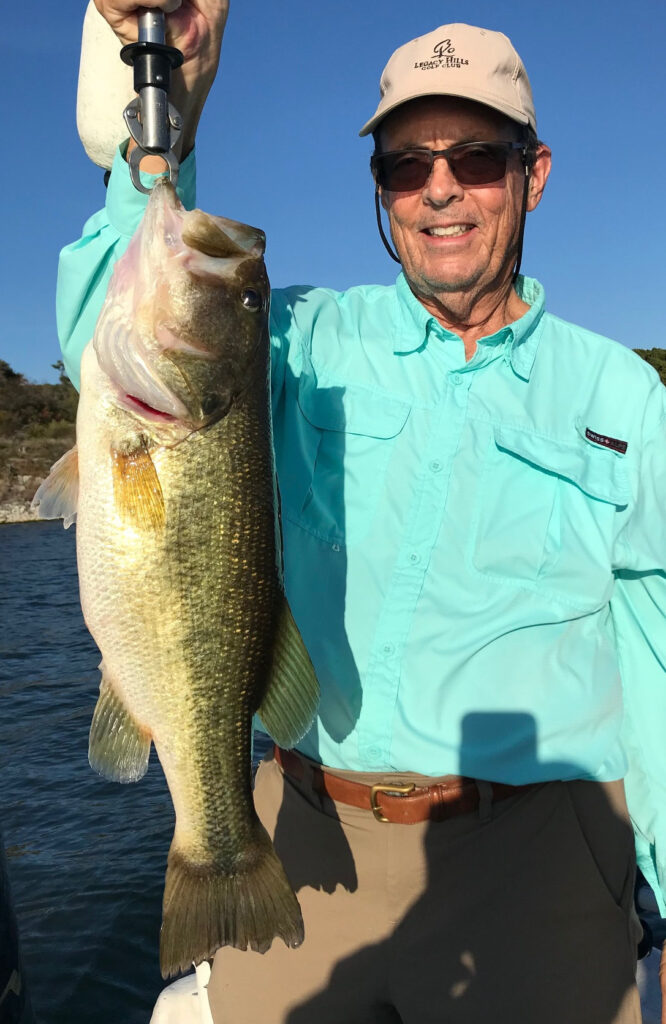 PHOTO CAPTION: Largemouth are now routinely beginning to compose a part of my bycatch each trip as cooling water draws these fish out deeper.  These beautiful colors on a fish from 29 feet indicate it hasn’t been there very long.  This one went 5.25 pounds. 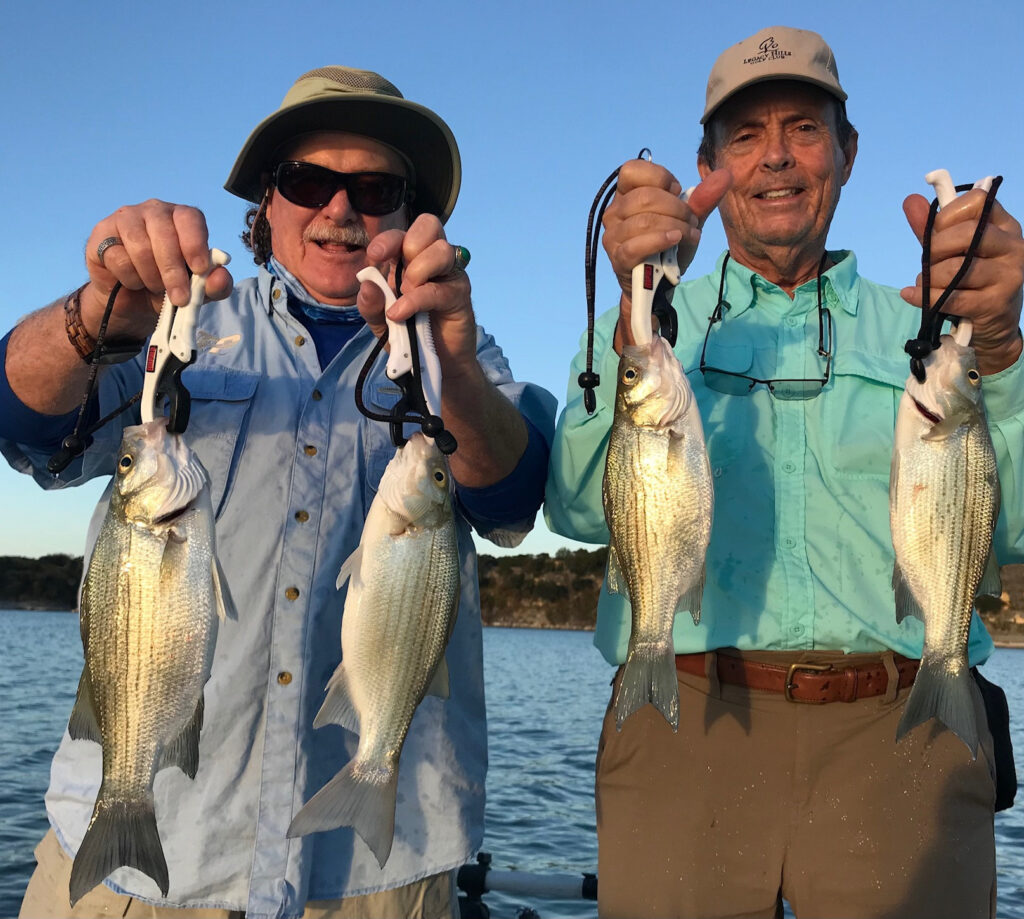 PHOTO CAPTION: As is typically the case on afternoon trips, that final hour was magical producing 71 of our 102 fish.  Here Mike Momsen, left, and Dennis Healy hold part of the catch they made on the MAL Heavy Lure worked vertically and horizontally.

I told Dennis and Mike at the get-go that afternoon trips often (typically) start slow and end well.  I also told them it is not at all unusual to catch at many fish in the last hour as we did in the first 3 hours combined.  Thanks to a decreasing wind and clearing skies, that is exactly what happened this afternoon.

We fished five areas this afternoon, one of which we left almost immediately after not being able to interest the fish there whatsoever in pursuing our baits.  Save the last location, the other four fished tough.  There were plenty of fish at each location, and we’d get half-hearted follows, but the ratio of fish we saw to the fish we landed was quite low.  Dennis and Mike stayed enthusiastic as we were still boating fish regularly, it just wasn’t on fire, and, getting to use Garmin LiveScope for the first time was of real interest to the two of them.

We were in that “lull” between fronts, to be sure.

Around 4:50, with a bit less than and hour until the sun hit the horizon, we got on a bunch of fish, aided initially by birds, which were just hell-bent on eating anything that came near them right up until the sun set.  By this time, we were so close to 100 fish we could feel it.  Suspecting any remaining fish interested in feeding would be shallower than in the 26-28 feet of water we’d just slayed them in, I moved us up shallower.  LiveScope lit up, we cast where indicated, and all hooked up for fish number 100, 101, and 102.

This last area was flat enough to allow us to work MAL Heavy Lures horizontally (in addition to the vertical presentation we used upon arrival and as our default now that the water is in the 60’s).

Evening trips normally produce ~70% of the the morning’s catch when I fish two trips on the same day as the evening bite is normally shorter and weaker.  These evening’s effort went 88% of the AM trip (102 vs. 115).

When all was said and done, we landed 102 fish, including 2 largemouth bass, 4 juvenile hybrid striped bass, and 96 white bass.

OBSERVATIONS: 1) We took yet another nice largemouth out deep this afternoon; 4.25 pounds in 29′. 2) Next front is due in in the early morning hours of Sunday, 21 Nov.

Here is the pre-frontal water temperature profile down to 60 feet:

Wind Speed & Direction:  SSE13 tapering down to SSE4 by sunset 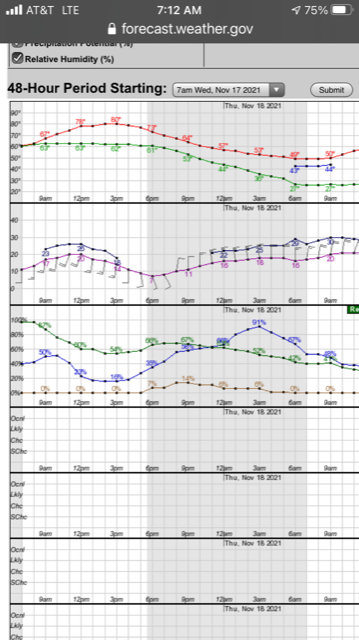