WHO I FISHED WITH:  This morning, Tuesday, 23 November, I fished with a really nice married couple from San Saba — Travis and Sarah Ringo.

The Ringos have two boys, 7 & 3, and got to take a little vacation from work and parenting, spending their overnight in Salado, and their morning on Lake Belton.

Travis runs his own construction company and Sarah helps kids with special needs in the San Saba school district.

In his spare time, Travis captures rattlesnakes with an old school method his grandpa taught him!!

My next three openings will be on 22, 23, and 30 December.  Weekday mornings are always best. 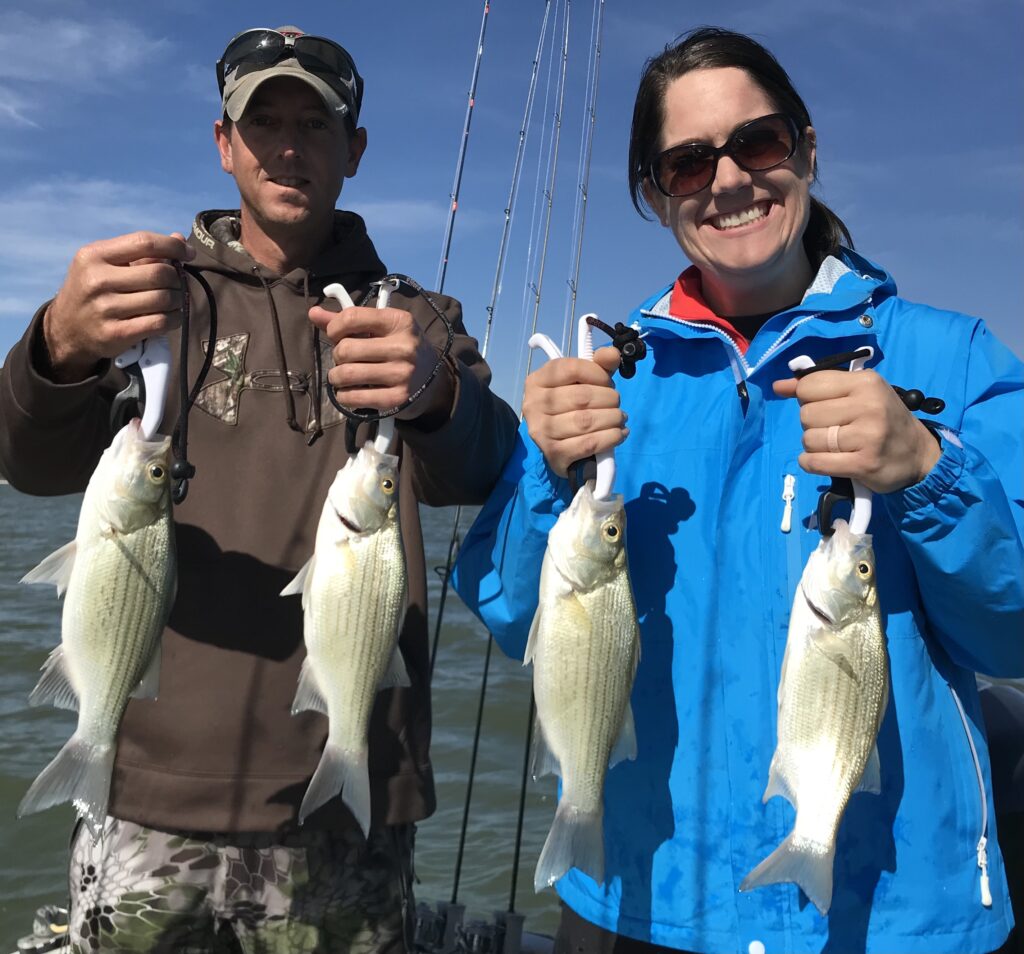 PHOTO CAPTION:  Travis and Sarah Ringo of San Saba took a little break from work and kids to spend some time together on Lake Belton.  The pair landed 60 fish this morning.

For the second morning in a row we were plagued by clear, bright skies, and this morning those skies were accompanied by a lack of wind for our first 2.5 hours.  This made the fishing pretty tough.

We found fish, but they were very reluctant to get excited and definitely did not stay excited very long. This put us in a position of having to do multiple “short hops” just about everywhere we went in order to get our baits in front of fish that had not yet seen them.  We were not able to sit in one spot and have fish come to us.

The MAL Heavy Lure with white blade and chartreuse tail performed well by exciting a few fish out of each generally disinterested group we found.  We worked it vertically at all but the first location at which we found fish.

The last area we hit from ~11:15 to 11:50 was the only place we experienced any consistency, and, it so happened that this took place as we experienced the first wave action (beyond a ripple) all morning, as well as some high, thin, white cloud cover developing.

One of Travis’ goals was to see the Humminbird Solix and Minn Kota Ulterra with i-Pilot Link in action, as he just got a 12″ Solix unit for his Carolina Skiff with the same trolling motor I have, and has only had it on the water once.  In addition to the fishing, I tried to point out some of the fundamentals of unit settings (sensitivity, scroll speed, frequency), as well as contour following, creation of waypoints, and more.

When all was said and done, we landed 60 fish, including 3 largemouth bass, 2 juvenile hybrid stripers, and 55 white bass.

OBSERVATIONS: 1) Next front is due in around 4AM Thanksgiving morning. 2) No helpful bird activity this morning.

Wind Speed & Direction:  Light and variable for the first hour, a southerly ripple for the next 90 minutes, then a slowly building S. wind hitting ~12mph in the final 90 minutes 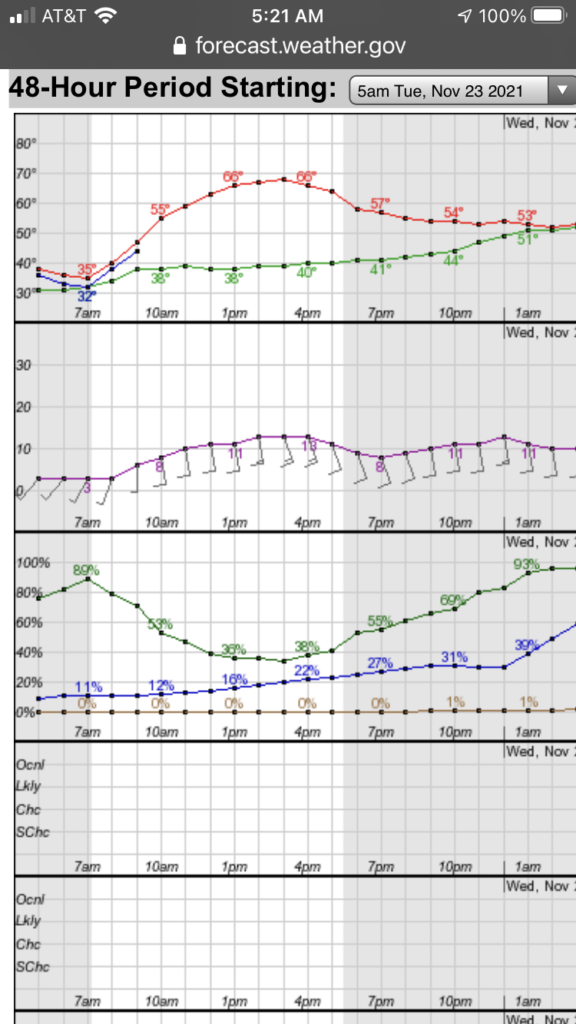