WHO I FISHED WITH:  This morning, Tuesday, November 30th, I fished Lake Belton with returning guest Allen Naff of Bertram, TX.

Allen retired twice, first from the Attorney General’s office, then from Germania Insurance.  He’d been out with me once before on a May trip with his granddaughter, Logan, when she graduated from high school several years ago.

Since then, Allen bought a Lowe fishing boat and wanted to see my sonar units and trolling motor in use under “real world” conditions before he finalizes his own set up.

As it turned out, this was a great day for “show and tell”.

My next three openings will be on 22 & 23  December, and January 4th.  Weekday mornings are always best. 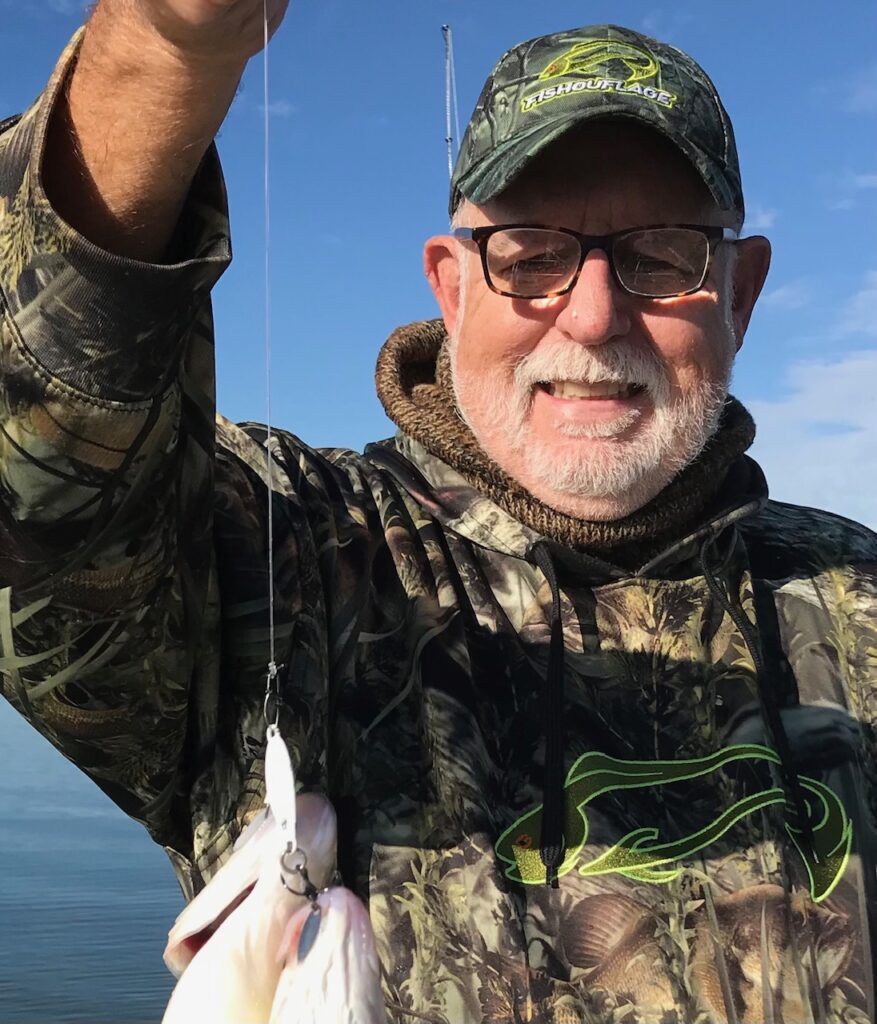 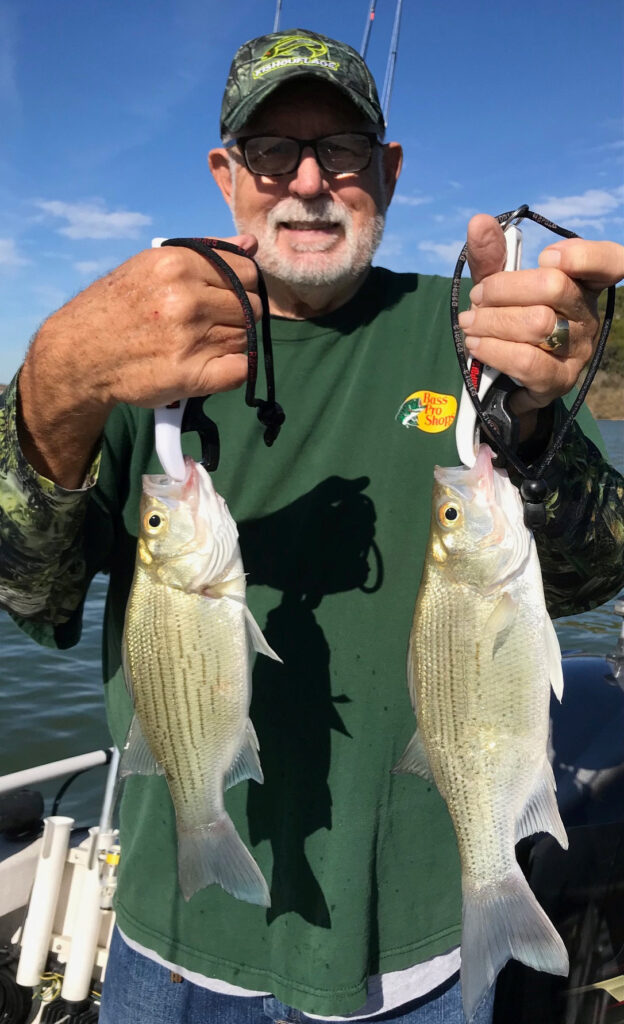 PHOTO CAPTION:  Allen and I found the key to catching today was to use the MAL Heavy Lure when the fish were aggressive and up off bottom chasing bait, then to switch over to the Bladed Hazy Eye Slab once they headed to bottom and became more lethargic.

We fished only two areas today.  The first was on a gently sloping bottom in ~20′.  This area gave up 6 low-light fish, all of which were single “cruisers” caught on the MAL Heavy Lure (white blade, chartreuse tail for me and silver blade, white tail for Allen because he brought his own rods).  When we quickly determined this was not where the action was going to be, I began glassing and spotted some tentative gulls.  There were only about a dozen gulls, and they weren’t going crazy, but there was enough interest shown in one “patch” of water to make me come in for a look.

I am glad we did.  These birds led us to 2.75 hours of solid fish catching for an additional 154 fish without ever moving the boat off of Spot-Lock.

At first, the fish were feeding aggressively, chasing bait to the surface on occasion, and appearing continuously on sonar from bottom (in 32′) up to within 12 feet beneath the surface.  As long as there were suspended fish present, we took them easily on the MAL Heavy Lures.

Once these fish settled down and were still present, but only along bottom, I immediately switched up over the the Bladed Hazy Eye Slab (3/8 oz. white) having learned this lesson early yesterday.

At 10:50, we left these fish biting (although they were almost done) to see if we could find fish in one more location so Allen could once again observe the use of sonar, and the sonar/trolling motor interface of i-Pilot Link.  We never found anything more than bait at the handful of areas we looked at, and called it a great morning with 160 fish at a few minutes past 11AM.

When all was said and done, we landed 160 fish, including 1 largemouth bass, 9 freshwater drum, 4 juvenile hybrid stripers, and 146 white bass.

OBSERVATIONS: 1) Fish fed for an unusually long time at just one location — 2.75 hours — from 7:45A to 10:30A. 2) If the fish were suspended, the MAL Heavy Lure was the ticket; once they settled on bottom, we immediately changed to the 3/8 oz. slab. 3) Here is the temperature profile from the surface to 60′:

Wind Speed & Direction:  SSE until 9AM, then going slack, then picking up from the S and rapidly ramping up to S12 starting at 10:15A

Sky Condition: 30% white cloud cover on blue skies all AM 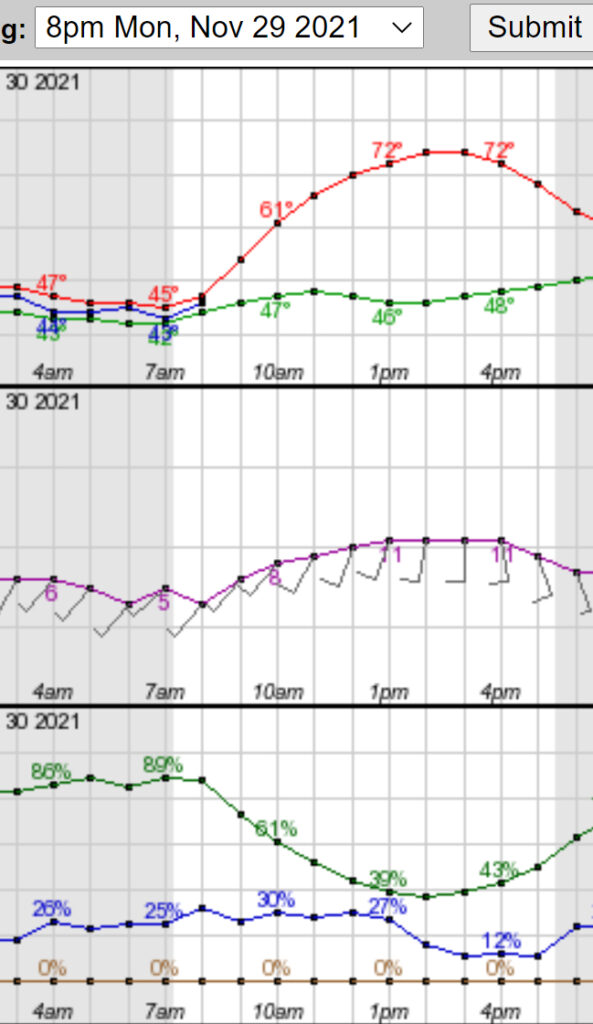 **Area vic B0198C – 154 fish caught on MAL Heavy with white blade, chartreuse tail when fish were suspended, then on the 3/8 oz. Bladed Hazy Eye Slab once the action settled to bottom.