WHO I FISHED WITH:  This morning, Wednesday, December 1st, I fished Lake Belton with Dr. Jack Greene and his son, Harrison, both of whom came in for a Thanksgiving visit from Lexington, KY, to visit family.  Attending, but not fishing, was Jack’s dad, John, who coordinated the trip.

John is a retired physician, Jack is a working physician, and Harrison is working as part of a small business doing concrete slab leveling.

Harrison shared that most of his Kentucky-based fishing was done on private ponds for largemouth and crappie, and in small streams for smallmouth bass.

My next three openings will be on 22 & 23  December, and January 4th.  Weekday mornings are always best. 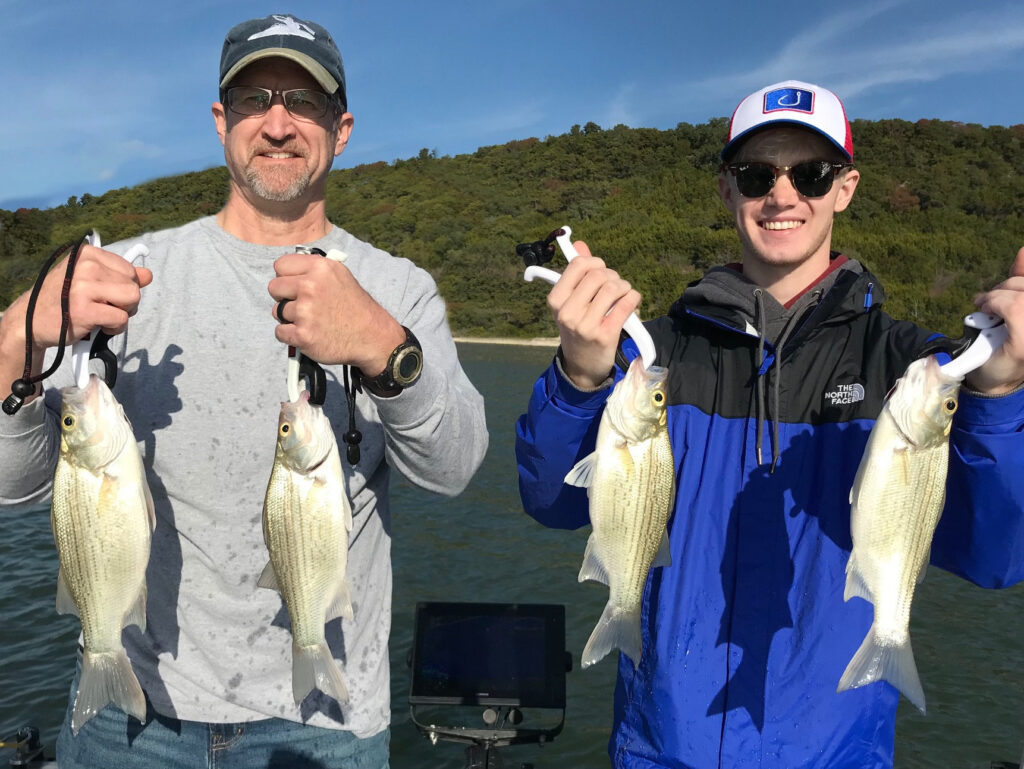 Although it was hardly noticeable, a very mild cold front pushed through Central Texas today around noon.  Beginning around 10AM, a wind shift to the west began in advance of the front’s arrival.

Fishing had already been excellent thanks to a low-light bite that continued well into the 9 o’clock hour, producing 114 fish by 9:30.  Just a handful of birds working over a large patch of water just after sunrise was our clue to get us to the right place at the right time.

As we found very aggressive fish feeding throughout the lower half of the water column, we used MAL Heavy Lures (white blade, chartreuse tail) to catch them as long as they showed on sonar off bottom.  Once the action sank to the bottom, we immediately switched over to slabs and kept right on catching at a high, steady rate.

I stayed as long as I could on this area because the winds had gone slack prior to the west wind starting, and the skies were bright, so, I was concerned about finding additional active fish if the fish we were on gave up.  I just count it a blessing that these fish kept right on biting until those west winds kicked in.  At that point, the fish we were on had fed for right at 2 solid hours and tapered off.

I searched two other locations.  We picked up just two fish at the first, then, as the west wind started to come on strong, we found a “pile” of fish in about 27 feet of water that would put us right at the 200 fish mark by giving up 84 fish in our final hour or so on the water.

As is often the case, these late morning fish tended to flare up aggressively, then settle back down much more quickly than in the first three hours following sunrise.  This was the case with these fish — we worked ’em with MAL Heavy Lures for 6-7 minutes catching suspended fish like crazy, then, over a 2-3 minute span, all of the action settled to bottom and we once again transitioned to the Bladed Hazy Eye Slab and kept right on catching them.

When all was said and done, we landed exactly 200 fish, including 8 freshwater drum, 6 juvenile hybrid stripers, and 186 white bass.

OBSERVATIONS: 1) For the second morning in a row, fish fed for an unusually long time at just one location — 2 full hours — from 7:30A to 9:30A. 2) As was the case yesterday, if the fish were suspended, the MAL Heavy Lure was the ticket; once they settled on bottom, we immediately changed to the 3/8 oz. slab. 3) I noted that Jack’s wearing of polarized glasses significantly hindered his ability to use the Garmin LiveScope.

Sky Condition: 30% white cloud cover on blue skies all AM 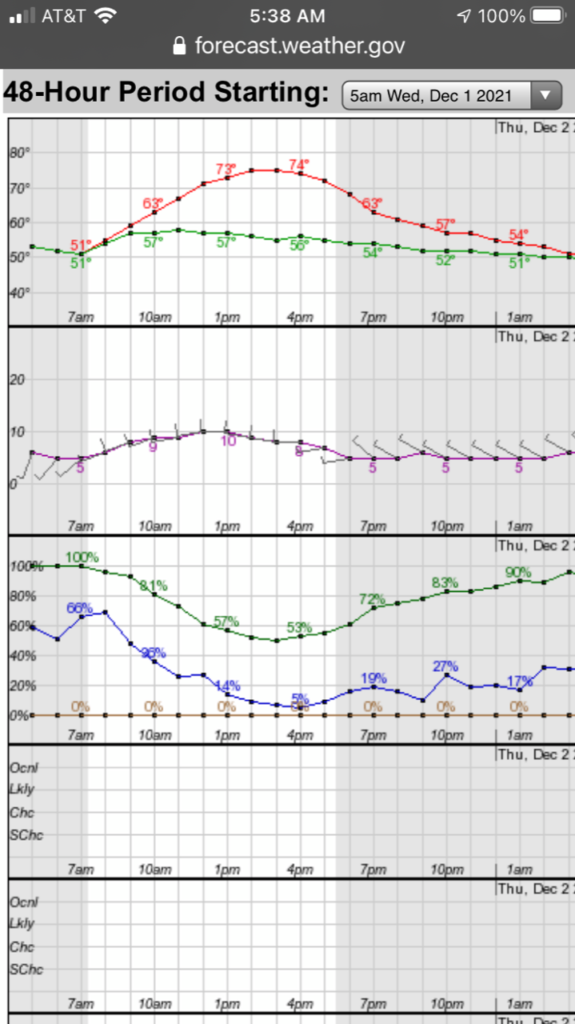 **Area vic 0335 – 114 fish caught on MAL Heavy with white blade, chartreuse tail when fish were suspended, then on the 3/8 oz. Bladed Hazy Eye Slab once the action settled to bottom.

**Area vic 560 – 84 fish caught on MAL Heavy with white blade, chartreuse tail when fish were suspended, then on the 3/8 oz. Bladed Hazy Eye Slab once the action settled to bottom. One short hop.