WHO I FISHED WITH:  This morning, Tuesday, December 28th, I spent a full day on the water with returning client Allen Naff of Bertram, TX.  The morning was spent fishing for white bass on Stillhouse Hollow Reservoir, and the afternoon was spent training Allen on his Humminbird sonar units.

My next few openings will be on January 5th & 12th.  Weekday mornings are always best. 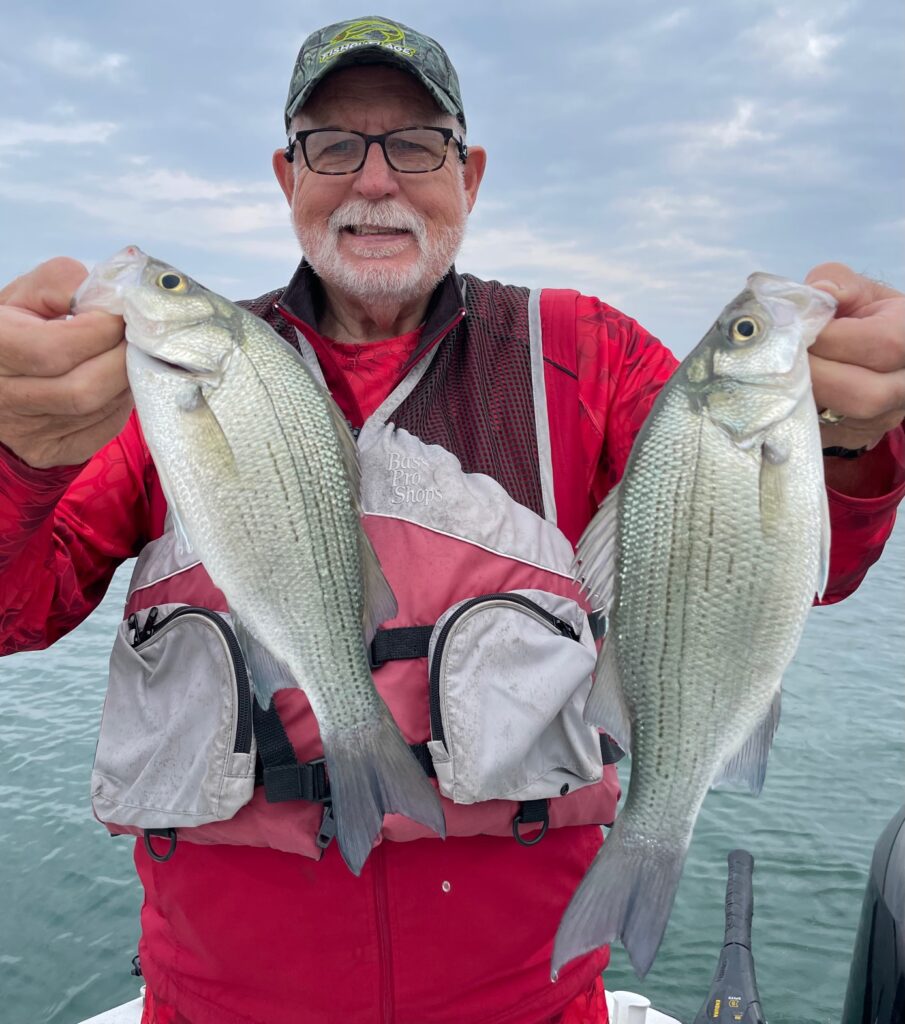 PHOTO CAPTION: Allen Naff and I got into a some magnum white bass on Stillhouse this morning primarily using the 3/8 oz. Bladed Hazy Eye Slab with a vertical, slow-smoking approach.

The wind and cloud cover were ideal this morning for the first two hours, then the winds slacked off and the skies brightened making things a bit tougher in the last half of the trip.  We ended with a solid run of 20 fish as the wind once again kicked in, rippling the surface and enhancing the bite.

I’ve not fished Stillhouse in several months, and did not intend to until the water temperatures fell below 55F, however, Allen specifically requested we fish Stillhouse as he had recently fished Lake Belton with me and, living in Bertram, wanted an introduction to a body of water a bit closer to him.

I’d hoped to do some scouting before fishing with Allen, but my schedule just did not allow, so, we launched out banking on experience and the power of observation, and, fortunately, those were sufficient today.

Because Allen was interested in a “big picture” of fishing Stillhouse for white bass, as well as getting the most out of his sonar, I moved more frequently than I would have were he just interested in catching fish.  This allowed us to cover more ground, and use the sonar in more fish-finding scenarios.

As soon as a population of fish began to show disinterest, we moved instead of trying to “milk” a few more fish out of the population we’d been fishing over.

The most effective retrieve for us today was a slow-smoking retrieve, and the most effective bait was the white, 3/8 oz. Bladed Hazy Eye Slab.  We used the 3/4 oz. version of this same bait at one location due to depth in order repeatedly get our lures to bottom more quickly when fish were active, but the smaller version definitely drew more interest.

When all was said and done, we landed exactly 95 fish, including 1 largemouth bass, 6 freshwater drum, and 88 white bass.

OBSERVATIONS: Very sparse gull activity witnessed today.  Caught fish in as much as 43′.

Wind Speed & Direction:  SSW7 at trip’s start, building to S10 by the second hour, then falling under 4mph in the third hour, and picking back up to 7-8 by trip’s end. 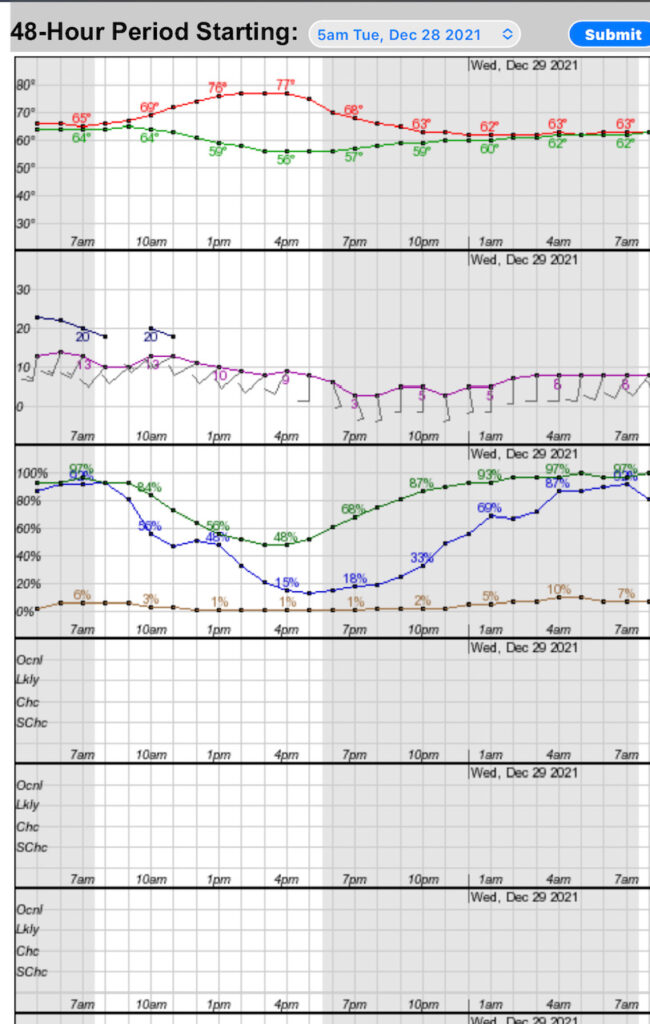 Area 008 – 21 fish on a slow-smoked Bladed Hazy Eye Slab (3/8 oz. white) with a few on the MAL Heavy fished with a sawtooth pattern after the vertical bite calmed down.

Area 287 – 18 fish on a slow-smoked Bladed Hazy Eye Slab (3/4 oz. white) with a few on the MAL Heavy fished with a sawtooth pattern after the vertical bite calmed down.