WHO I FISHED WITH:  This morning, Monday, January 10th, I spent the morning on Stillhouse fishing with returning guest Ronnie Trower of Harker Heights, TX.

If that name sounds familiar, it’s likely because you’ve either dealt with Ronnie while boat shopping at Texas Boat World, or while competing against him in the many bass tournament series he’s fished in through the years.

Ronnie contacted me about a month ago to reserve a mid-January date to specifically search together for concentrations of white bass in hopes of finding largemouth bass mixed in with them, and to dial in his sonar units for accomplishing this task.

My next few openings will be on January 12th, 17th, & 18th.  Weekday mornings are always best. 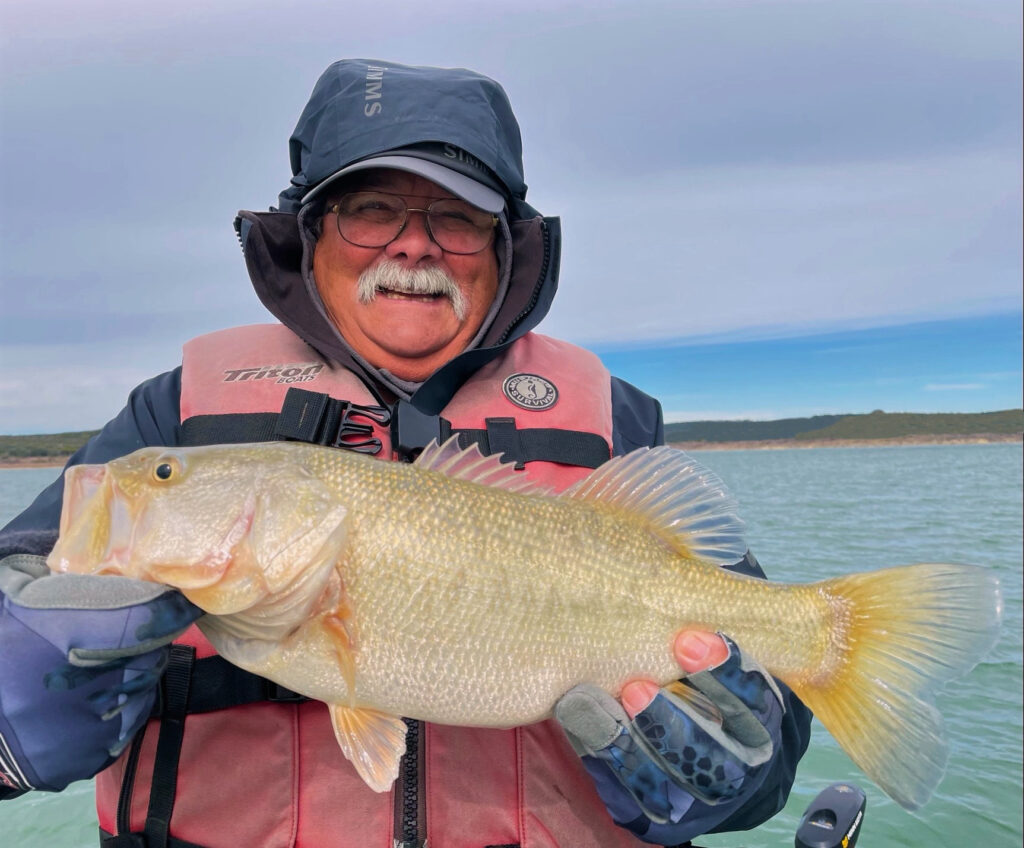 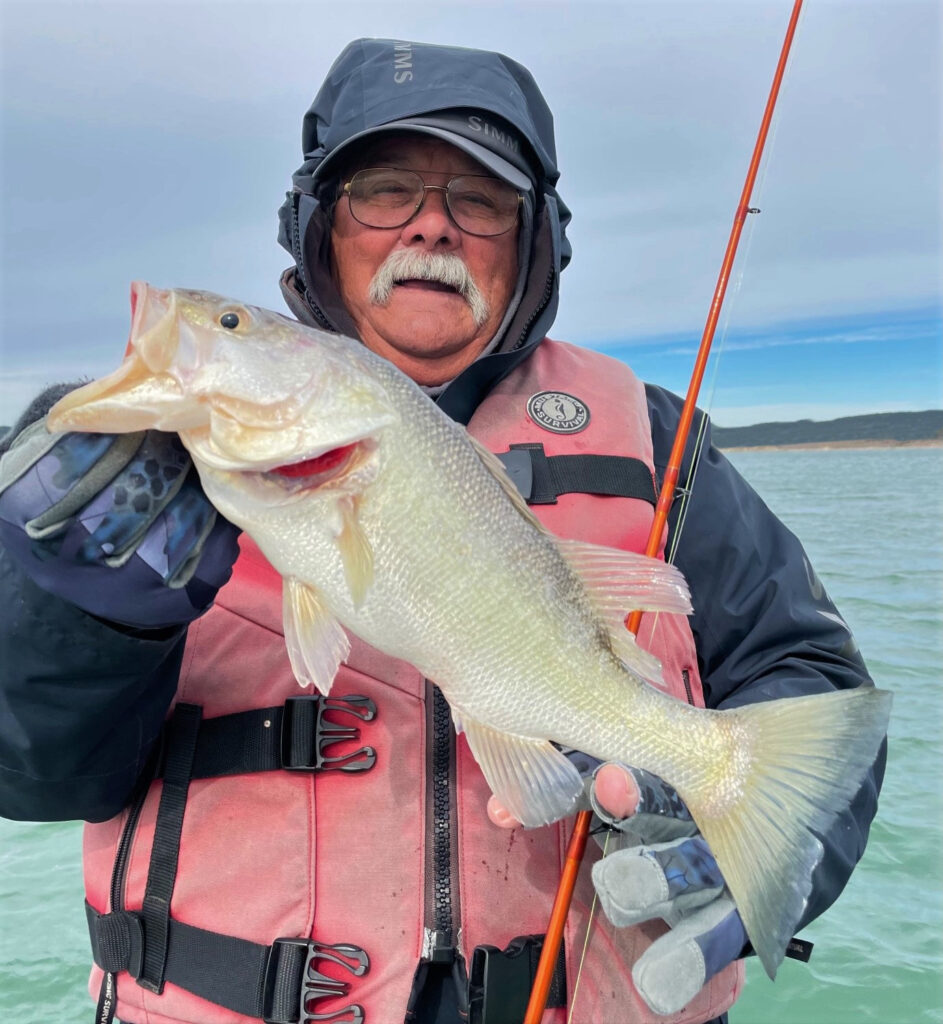 PHOTO CAPTION: This pale fellow had been out deep for quite a while judging from the lack of coloration.  All of our fish came on the 3/8 oz. and 5/8 oz. Bladed Hazy Eye Slabs (white color).

I wasn’t wild about our weather this morning — it wasn’t impossible, but I knew we’d have to work for a catch.

Since we were going to fish out of Ronnie’s boat, job one was to inspect Ronnie’s transducers.  This is a fundamental thing so many anglers overlook.  A transom-mounted transducer off by just a few degrees simply will not render the detail necessary to spot fish at a distance in deep water.  We tweaked a few things here and launched.

Over the course of the morning we searched approximately twenty potential fish-holding areas, and found catchable fish at six of them.

At each location, the fishes’ attitude was about the same.  We could get many to approach, get a few to follow, and even fewer to strike.

We both worked Bladed Hazy Eye Slabs in white successfully.  Ronnie’s most productive bait was the 3/8 oz. version, while I opted for the 5/8 oz. version.  Larger slabs and the chartreuse color did not perform as well.

As for presentation, we found that a fast “easing” tactic or a slow “smoking” tactic worked best.  The fish did not at all care for a slab that was jigged or jerked or snapped, rather, it needed to be rising steadily and naturally to get hit consistently.  Jigged slabs caught drum and little else.

Of the six areas we fished successfully, scant bird activity put us in the vicinity of the first two, then we found the last four by covering water and studying (scrutinizing) side imaging.

Once we found fish, we both moved to the front deck, Spot Locked and relied on Garmin LiveScope to track our presentation and fish response.  Ronnie has equipped his Avid bass boat with a Rite Hite Turret so his LiveScope transducer works independently of the trolling motor’s steering. He opted for the faster of the two motor speeds on this device and likes the two-button foot control switch which pans the transducer back and forth on demand.  A “pointing arrow” on the device’s shaft helps the angler keep up with which way the transducer is oriented.

Most of our fish came out of 34-40 feet of water.  It was during this time of year last year when a Georgetown client and I landed a 5-fish, 38+ pound haul under similar conditions using identical tackle and tactics.  It is that time of year!!

OBSERVATIONS: The fish demonstrated a real reluctance to rise above the 26-28 foot level.  Can’t really explain why that was — I suspect light level. 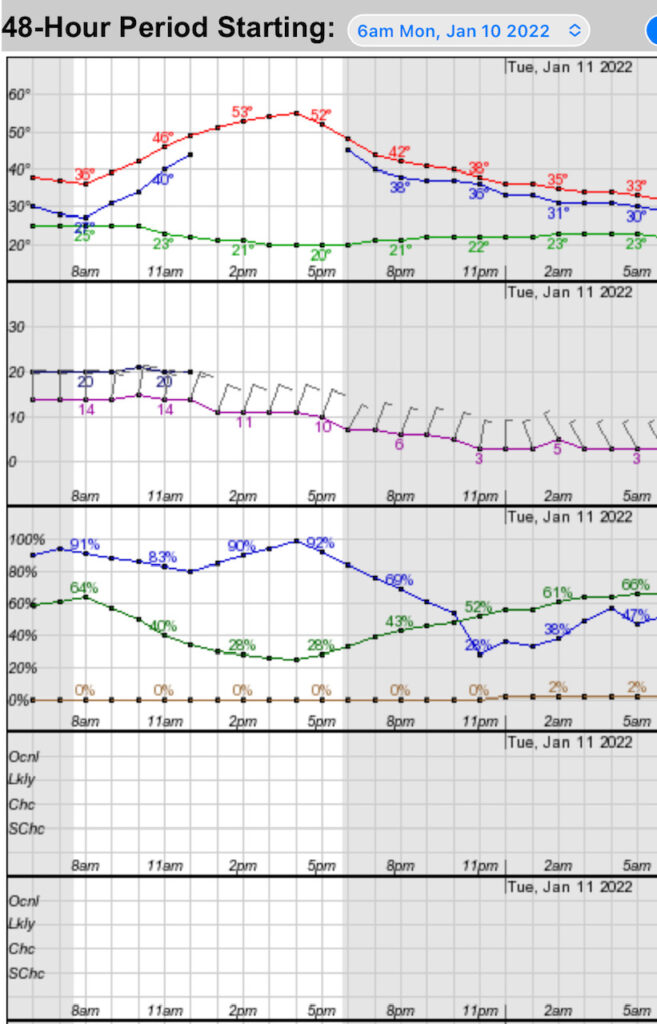