WHO I FISHED WITH:  This morning, Tuesday, May 3rd, I fished with Aaron and Kelly Baggett, and family friend of theirs, Jordan Barker.

Aaron serves as the Associate Professor of Psychology at the University of Mary Hardin-Baylor in Belton.

Jordan is a project manager for Sturdisteel of Waco, a design, engineering, and fabricating company specializing in the construction and installation of grandstands, bleachers, and press boxes for  university and high school athletic facilities.

My next openings will be on June 21 and 23.  Weekday mornings are always best.  Saturdays are available for on-the-water sonar training sessions (only) until after Labor Day when I’ll again offer Saturday morning fishing trips (until mid-March 2023). 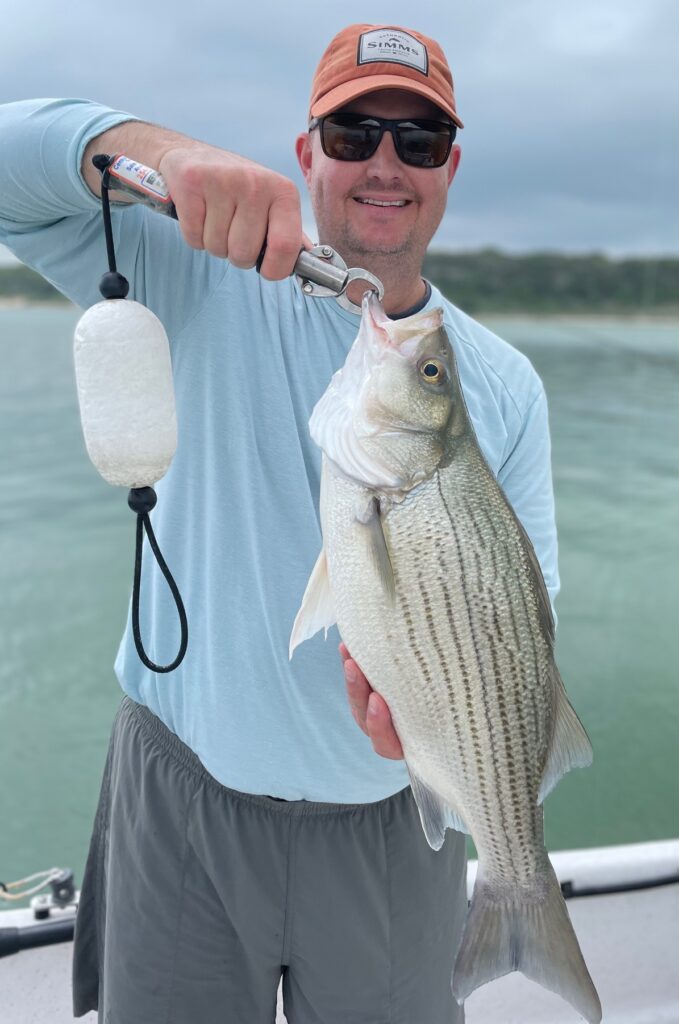 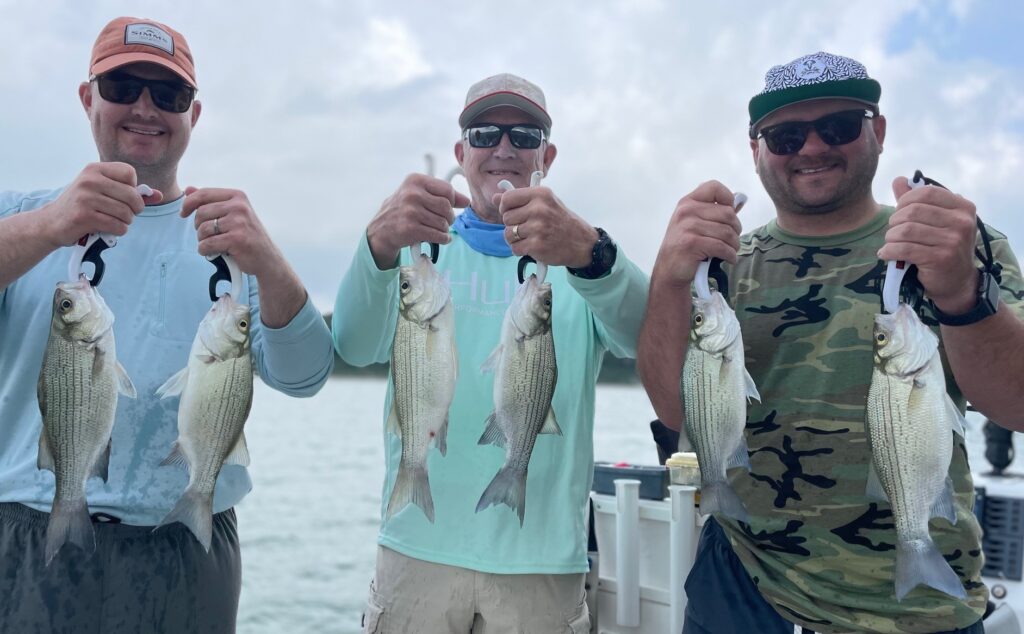 PHOTO CAPTION:  From left: Aaron and Kelly Baggett, and Jordan Barker, each with a few of the white bass we took working MAL Dense Lures vertically in conjunction with Garmin LiveScope.  The larger fish we took today were lean, indicating they were “spawned out”, and many were therefore lacking the plump appearance they had while still full of eggs or milt.

A minor disturbance in the weather caused a thin, short-lived line of showers to pass over Lake Belton just before and after sunrise this morning with gentle rain and light winds.  In the wake of this weather, we were left with clear, bright skies and calm winds for the first 1.25 hour of the morning.

The fish were not liking that weather at all.  Despite finding fish, they were very scant, very tight to the bottom, and all but disinterested in what we had to show them.  We boated exactly 2 fish in our first hour of effort.

Wind to the rescue!!  Around 8:15A, a gentle breeze began from the SSE and slowly built up to about SSE9, while at the same time cloud cover began to develop.  Within 10 minutes of that breeze beginning, we started catching fish, and the catching never stopped from that point on.

We fished four locations, using the smoking tactic detailed below with MAL Dense lures chosen for their fast sink rate, and so as to give Kelly some first-hand experience with them since he specifically asked about the difference between the MAL Dense and the MAL Heavy.

A complete description of this “smoking:” method is found here: https://www.youtube.com/watch?v=jDSvfXgrAUE

At our third location, as we were fishing vertically, I noted more scattered fish “roaming” out in deeper water to our starboard side as we were positioned parallel to the 32′ contour line.  We changed up our presentations and used the MAL Dense Lures to cast perpendicular to the starboard side of the boat, and worked these lures back in a series of seven handle turns in a “sawtooth” pattern, and continued catching fish steadily until these fish also petered out .  We then made the move to our final location to continue fishing with the smoking tactic just before a wind shift and light rain arrived with an incoming, mild cold front.

OBSERVATIONS:  A lot went on in the weather over the course of this morning’s 4 hours, but the only thing the really shut the fish down was a lack of wind right at the opening.

Wind Speed & Direction:  Calm for the first 1.25 hours, then picking up from the SSE at 7-9 mph prior to a mild cold front’s arrival right at 11AM, which shifted winds abruptly to W12.

Sky Condition: Clear skies at trip’s start quickly gave way to 60% white cloud cover on a pale blue sky for the first 3 of our 4 hours.  As the mild cold front crept in, grey cloud cover increased to 100% in the final hour. 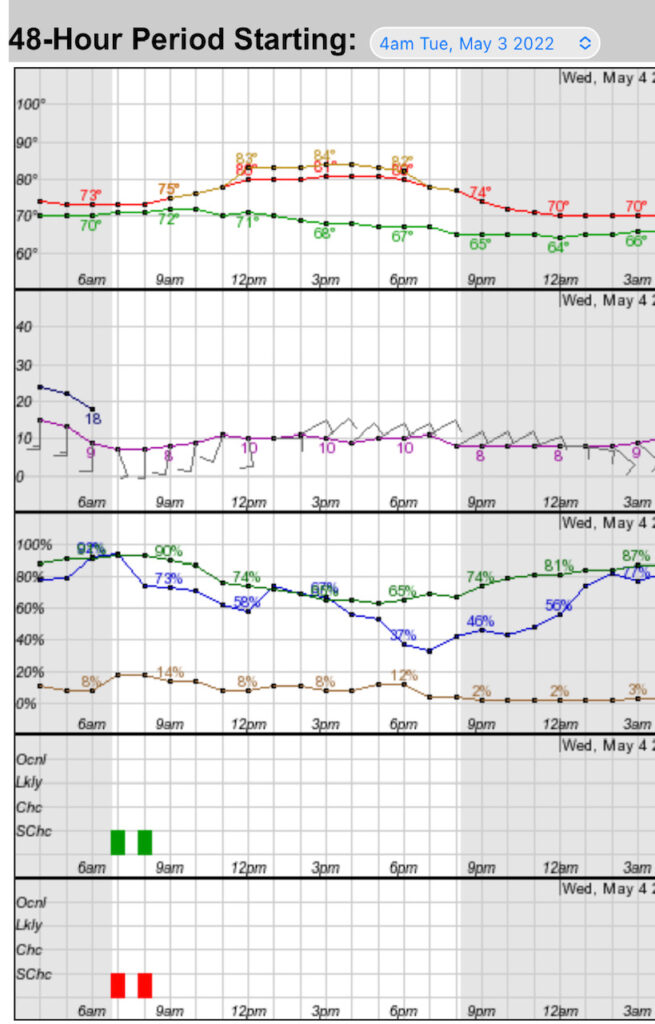