WHO I FISHED WITH:  On Monday, 06 June 2022, I fished with returning guests Linda Hankins and Kelly Wiggins.

The ladies, both veterinarians, are long-time friends and well-traveled anglers.

Linda had presented Kelly with a fishing gift certificate over the holidays.  Foul weather prevented our first attempt at fishing earlier in the spring, but, today we found a “window in the wind” and made the best of it.

My next openings will be on July 12th and 13th.  Weekday mornings are always best.  Saturdays are available for on-the-water sonar training sessions (only) until after Labor Day when I’ll again offer Saturday morning fishing trips (until mid-March 2023). 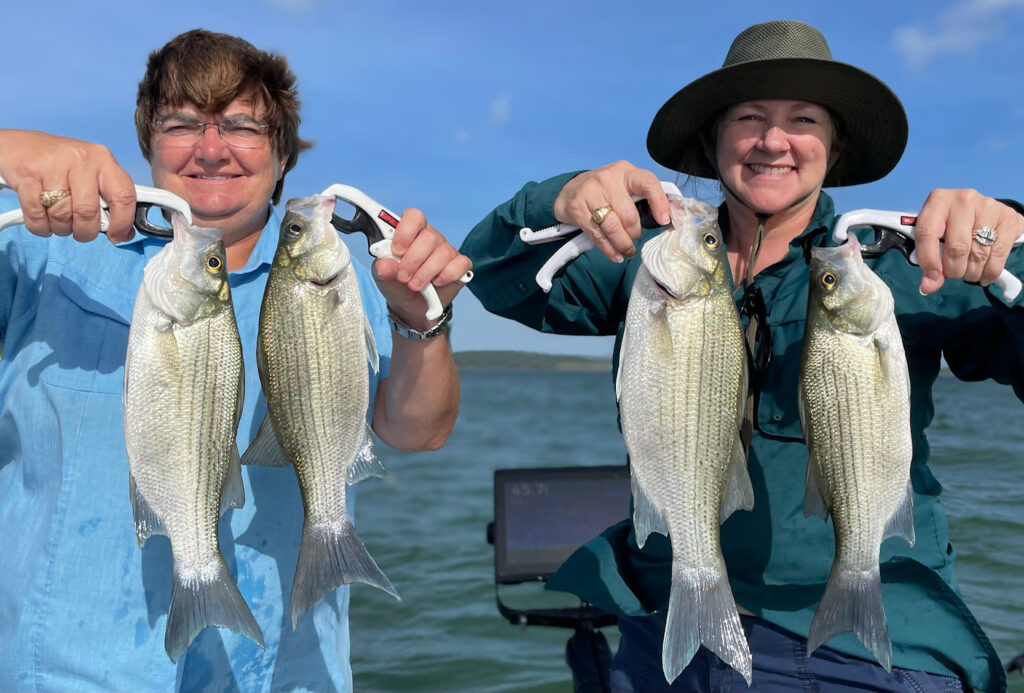 PHOTO CAPTION: Linda Hankins (left) and Kelly Wiggins put up with a stiff wind all morning and were rewarded for their efforts.  That largest white bass of Kelly’s went 16 1/8″!!  That’s the 2nd largest white bass I’ve had a client land in 17 year from that lake.  The 16.75″ fish which beat it is the current C&R lake record. 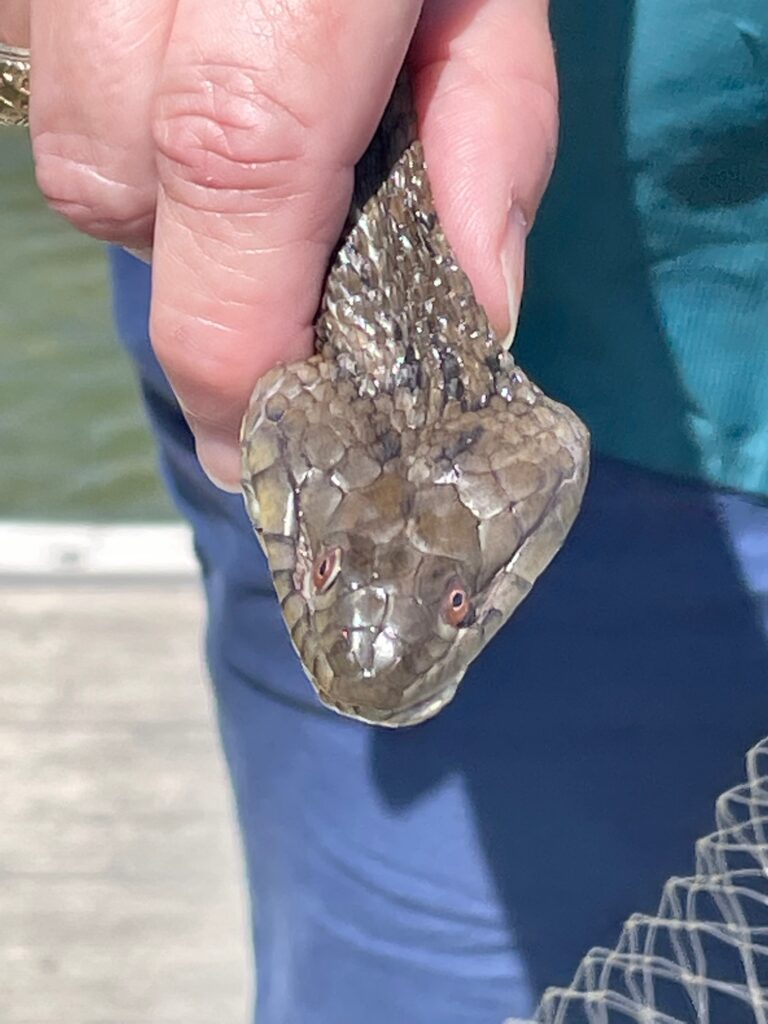 PHOTO CAPTION: Meet “Wylie”.  Wylie needed some veterinary assistance this morning when he found himself enmeshed in an abandoned cast net. 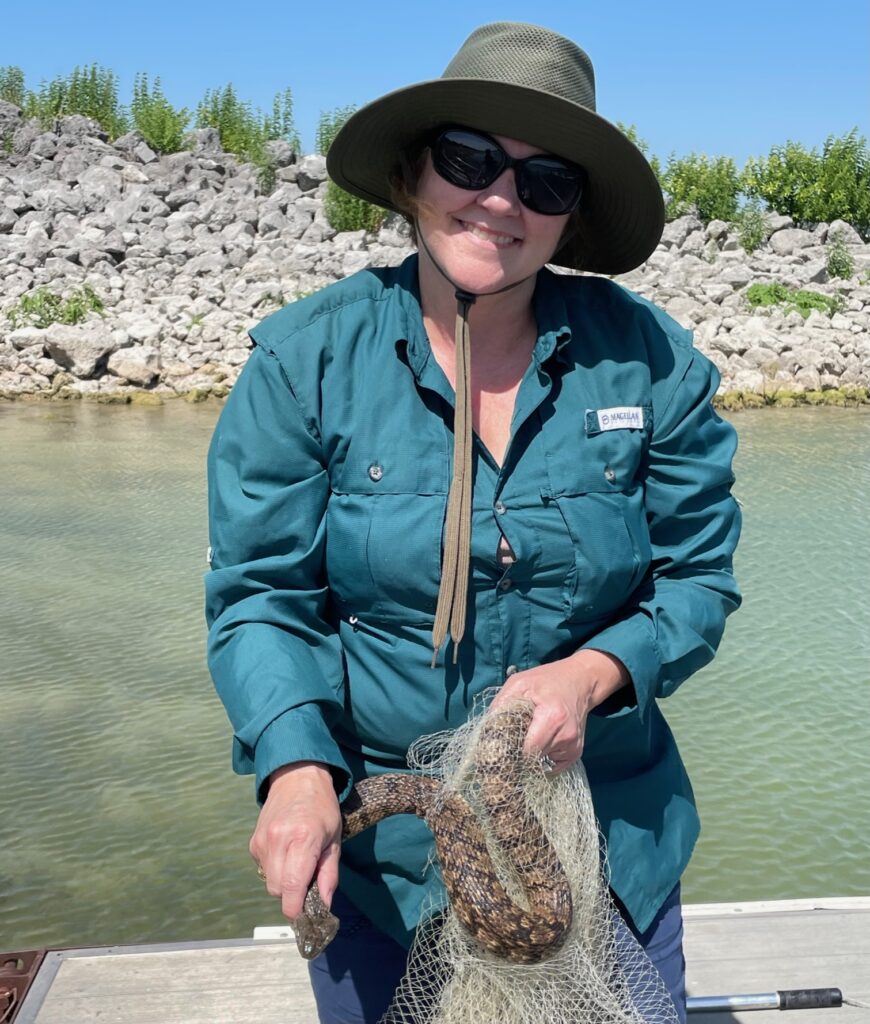 PHOTO CAPTION:  Now, meet Kelly.  Kelly is the fearless vet who grabbed ahold of Wylie while I snipped him out of the abandoned cast net he was tangled in. 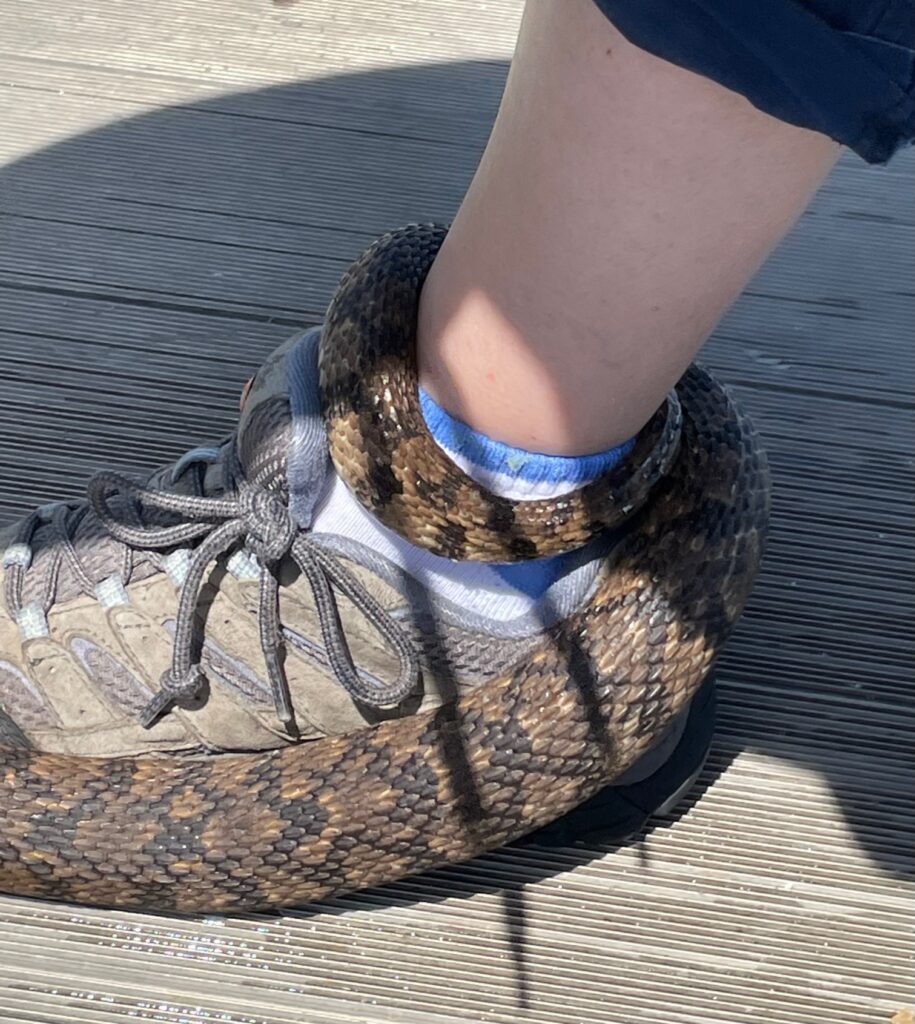 PHOTO CAPTION:  To show his appreciation to his savior, Wylie gave Kelly a little hug before he swam away!

Every time I gear up to receive clients aboard in the month of June I feel like I’m living on borrowed time before the water stratifies thanks to the heat, and the tougher summer fishing settles in.

Fortunately, today was not that day.  Wind, however, was an issue.  As I launched well before sunrise, it was already blowing SSE13, and it steadily ratcheted up over our four hours on the water to 18-19 gusting higher by the time we wrapped up.

Thanks to the high winds, there were few other boats on the water, so we had the ‘run of the place’.  We wound up having to fish only three locations to put together our catch this morning, with but a handful coming off of the third area, which we fish for only 20 minutes or so.

We got on top of our first bunch of fish at 7:05 and caught steadily for two hours, putting 116 fish in the boat.  Most of the fish from this area were taken from the top of the lower third of the water column.  Although there were fish showing continuously from this level all the way down to bottom, those fish closer to the bottom were less likely to chase and strike.

We fished our next area from about 9:20 to 10:20 and put another 35 fish in the boat using the same smoking tactic with the same MAL Dense Lures as before.  As it typical in the fourth hour following sunrise, these fish did not stay interested nearly as long as those we found earlier.

By 10:20 we moved one final time to look at one last area.  We’d already agreed, based on the ladies’ success and the increasing wind, that if we did not find fish where I was headed to, that we’d call it a good morning and wrap up.

Fortunately, I did find a few fish.  We had to work harder for the success we had here, and only added 8 more white bass to our count as the morning bite was winding down.

The sole tactic we relied upon today was “smoking” MAL Dense Lures  up off the bottom repeatedly.

OBSERVATIONS:  The forecast calls for a string of eight 100-105F days beginning today. 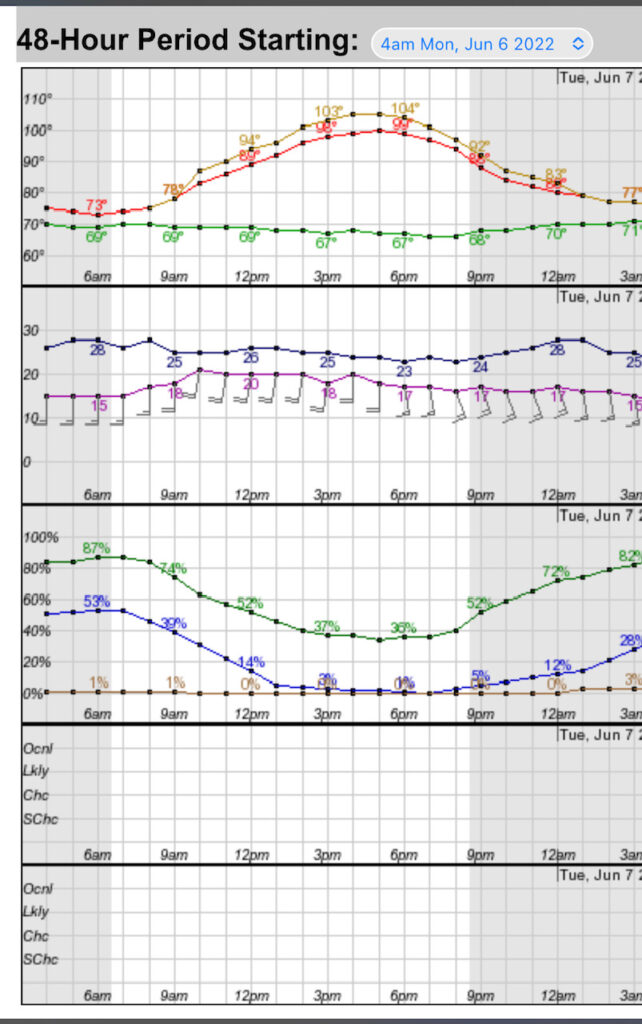