WHO I FISHED WITH:  This morning, Tuesday, June 21th, I welcomed aboard Dr. Aaron Baggett and his father-in-law, Dr. Jim Williams.

Aaron is an assistant professor at the University of Mary Hardin-Baylor, where, among other things, he provides oversight to the school’s bass fishing team.

Jim retired in November of 2021 after 50 years as a public health veterinarian with the United States Department of Agriculture, working in slaughterhouses to ensure the safety of the nation’s food supply.

My next openings will be on July 13th and 15th.  Weekday mornings are always best.  Saturdays are available for on-the-water sonar training sessions (only) until after Labor Day when I’ll again offer Saturday morning fishing trips (until mid-March 2023). 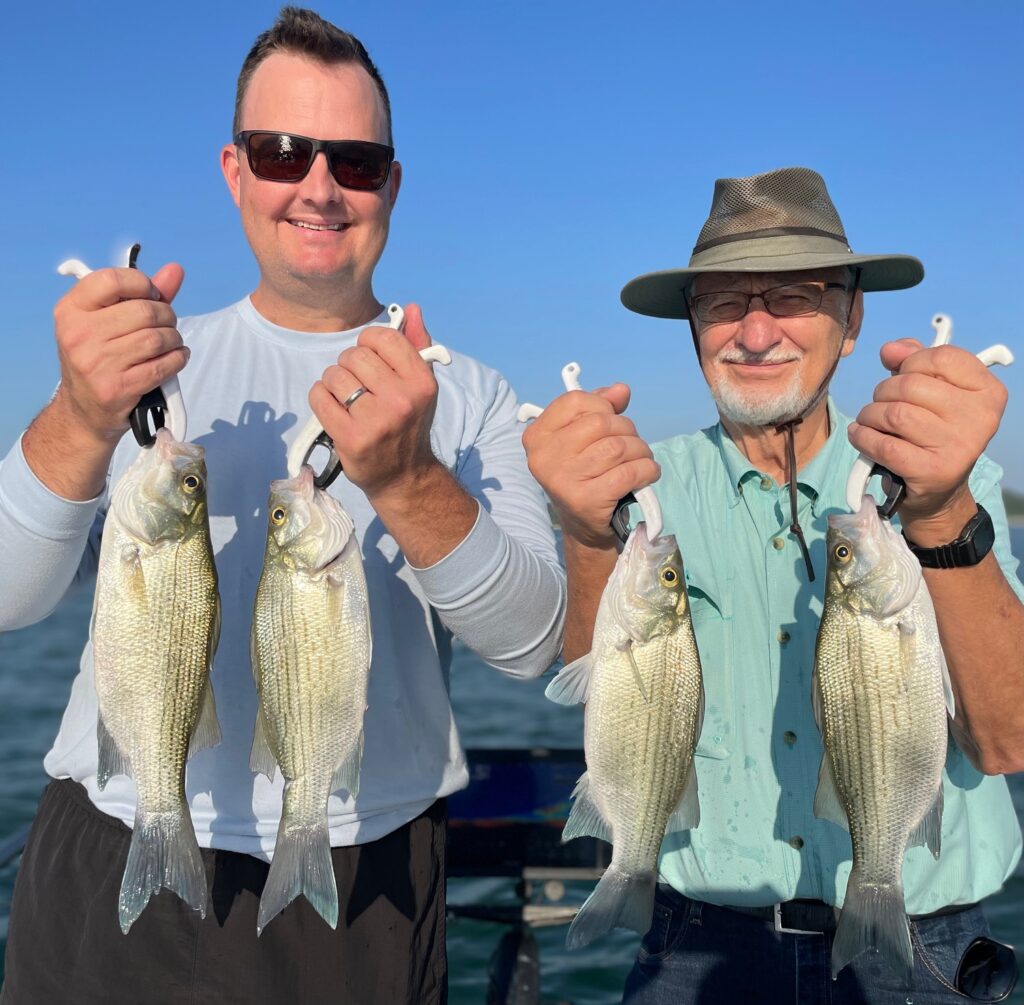 PHOTO CAPTION: From left:  Dr. Aaron Baggett and his father-in-law, Dr. Jim Williams used a combination of downrigging, vertical tactics, and horizontal tactics to put together a catch of 80 fish on a hot summer morning in Texas.

Let me start at the end … as Aaron and Jim stepped out of the boat, I told them our results were not unusual for the summer, but the way the fishing “flowed” today definitely was, in that we caught fish steadily from start to finish for all four hours this morning.  Summer morning trips are typically “front-loaded”.

As for a day-over-day comparison, we enjoyed ample, steady winds today right around 8-9mph the entire morning.  This was not what was forecast — it was actually better (see wx chart below).

I came prepared for four tactics: downrigging (to find fish), topwater (which normally gets increasingly reliable sometime between Fathers’ Day and Independence Day and they stays steady into August), vertical smoking, and use of the horizontal “sawtooth” method.  As it turned out, we employed all but topwater, which, for the second day in a row, did not materialize.

As typically happens on Lake Belton (and Stillhouse Hollow) in the summer as the thermocline forms, the white bass have splintered into small schools which can be found just about everywhere as they, like nomads, just cruise and patrol for shad.  Where multitudes of these “wolf pack” collect, fishing can be great.  Where you encounter just one or two such schools, the catching can be “brief”.

Today, we were fortunate to be in three separate areas where many of these wolf packs were grouped together.

The fishing played out at each one in much the same way.  I checked on areas (wind-blown areas) where, based on past summers’ notes, I suspected fish would be.  We downrigged through those areas with a single downrigger running a 3-armed umbrella rig equipped with Luhr-Jensen Pet Spoons while watching sonar like a hawk.  When DI, SI, or 2D revealed fish, we used the Minn Kota i-Pilot Link system to go to these fish, Spot Lock on them, and begin fishing them vertically with the MAL Heavy (chartreuse tail).  While on Spot Lock, we’d keep SI running and watch for schools swimming out to our port or starboard side.  When a sizeable school showed, we would reel up, fire casts out to them and keep fishing them as long as they showed on sonar and were willing to strike.  We repeated this “process” of finding and fishing, finding and fishing all morning, and did so successfully.

By trip’s end, Jim said Aaron had given him a bass whuppin’ by catching 2 fish for every one Jim brought in, but, I know the numbers were closer, and, in fairness, Aaron has been out with me before, during which time he’d used these same tactics, so, he had no learning curve to go through.

OBSERVATIONS:  We saw only 2 briefly appearing schools of fish feeding on topwater this morning after abundant topwater action most every day last week.  When we don’t have humid, muggy air and/or cloud cover in the morning, that topwater action just seems to be much less prevalent. 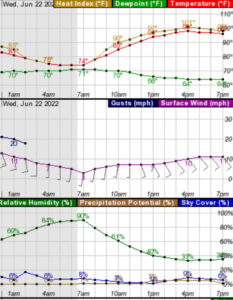