WHO I FISHED WITH:  This past Wednesday evening, July 20th, I fished with Gary and Debra Jones’ grandkids, Gunnar and Ford Jones and JuJu Holifield, as Granddaddy and Oma just sat back and watched from the bow.

I rarely run evening trips from mid-May through mid-September, but, Gary is a good client, and he and Debra had a very limited window where all of the grandkids were going to be together at one time, so, we made the best of a very hot Texas summer evening.

“Camp Oma”, as the family calls it, is the annual gathering of grandkids at Gary and Debra’s place in Temple, TX, over the summer.  It’s been going on for 15 years. 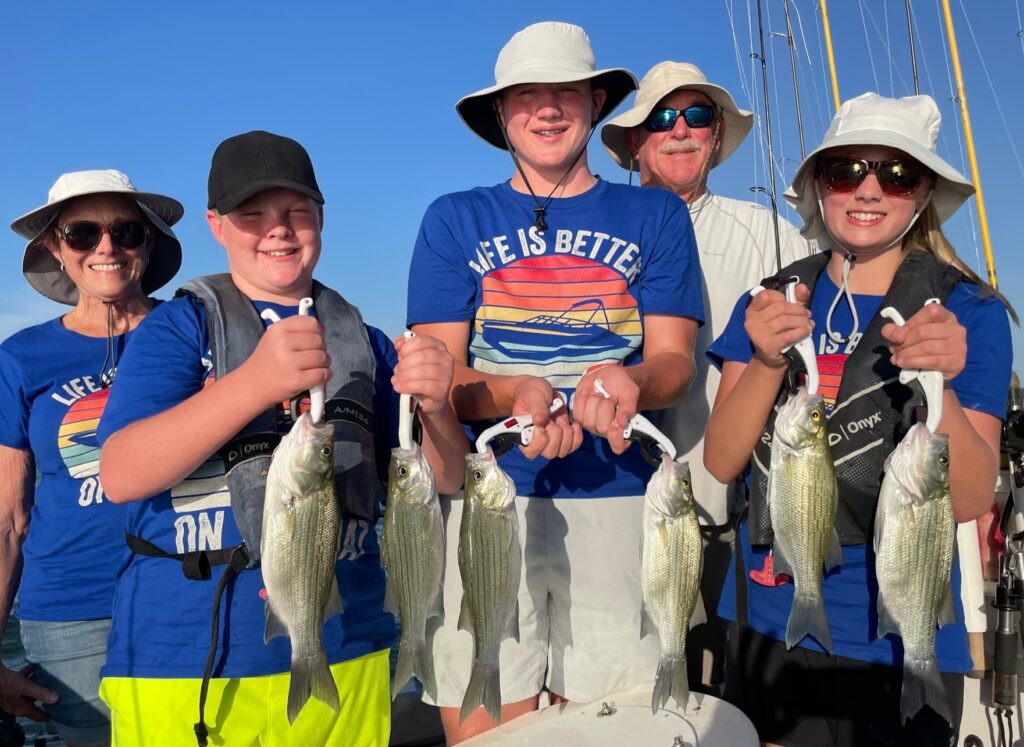 Summer evening fishing on Belton is typically consolidated into the last 2 to 2.5 hours prior to sunset, and then the short span of time between sunset and nightfall.   Knowing this from 30+ years of fishing Lake Belton, we planned to begin our trip around 5:30 PM instead of running a full 4-hour trip only to experience ‘hot fishlessness’ for the first hour or so.

We got lines in the water around 5:55PM, and started off downrigging.  As the white bass “work up” into a feeding mode, a low percentage of them will begin patrolling earlier than the vast majority.  Call these the “early bloomers”.  Using downriggers, we were able to present multiple (6) baits to many fish in an effort to “strain out” those few fish which were already in a feeding mode.

We downrigged for about 30 minutes and then, seeing that the fish were becoming more aggressive and more abundant in the area we were working, switched over to using MAL Dense Lures (chartreuse tails) fished vertically with a smoking tactic while the kids watched their presentations on Garmin LiveScope.  We had 12 fish in the boat before we made that transition, and landed another 11 fish going vertical.  Once this area played out, we moved on.

The last move of the evening was to a deep flat where we found fish suspended from 20-25 feet deep over a deeper bottom.  This scenario just screamed for a downrigging approach.  By now, the kids were getting really fast and confident in setting up the downriggers and so we were more efficient now.  As we made a “circuit” here, we picked up singles and doubles routinely until sunset, adding another 23 fish to our tally

At sunset, I moved us up into shallow water hoping to intercept white bass moving up shallow to do their final feed before dark.  We Spot-Locked in an area with strong potential and had four large schools pass directly under us, allowing for a final 3 fish to be landed before Gary gave the “let’s wrap it up” signal and we made our way back.

I observed some very light shallow water activity as small schools of whites popped up and then disappeared, but, nothing at all like the strong topwater action the mornings have been featuring.

OBSERVATIONS:  A light topwater feed could be observed very briefly just before dark (between sunset and nightfall), but that paled in comparison to the morning topwater bite. 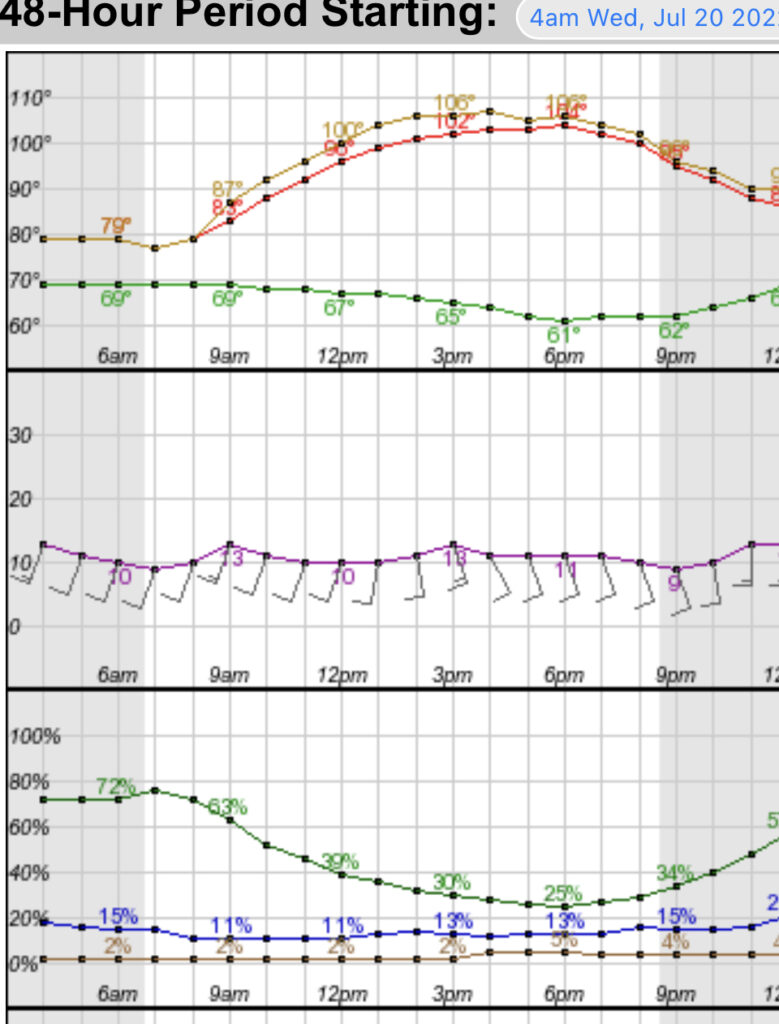 Area B0197C to B0098G – downrigging leading to a brief, final bout of smoking