WHO I FISHED WITH:  This morning, Monday, August 1st, I conducted the eighth Soldiers’ Kids Involved in Fishing Fun (SKIFF) trip of the 2022 season.

The boys’ dad, U.S. Army Chief Warrant Officer 3 Aaron Sepaugh, a U.S. Army helicopter pilot, has served in the military for 14 years.  He is deployed to Europe from Fort Hood.  Mrs. Sepaugh will be teaching elementary-aged kids at Central Texas Christian School in Belton as the new school year begins.

My next open date for a free SKIFF trip for qualifying families will be on August 23rd. 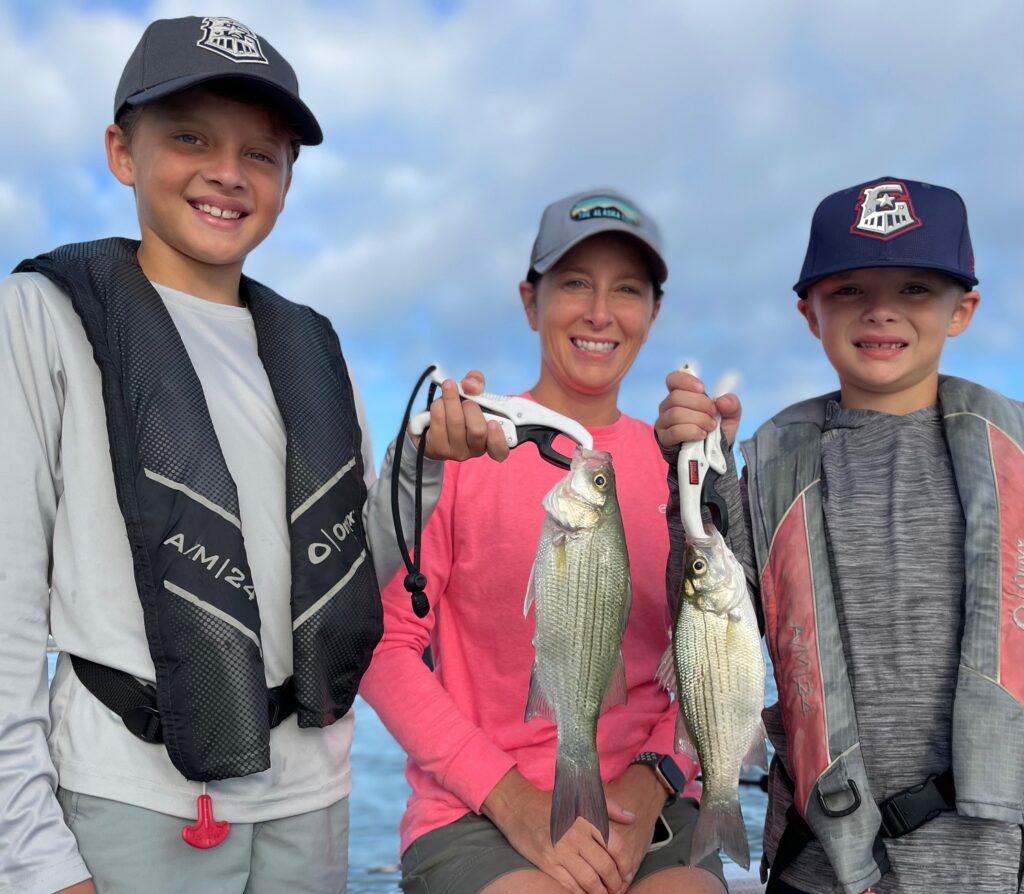 PHOTO CAPTION: From left: Braydon, Amber, and Tucker Sepaugh with a pair of fish the boys landed simultaneously.  We release 100% of our catch, and have since going into business on “Day 1”.  These fish on Stillhouse are coming out of deep, cool water and will perish very quickly if not released immediately, thus, I do not hold them in the livewell.

The boys arrived with just enough prior fishing experience under their belts to be able to take instruction on the proper use of spinning gear to work the MAL Dense Lures (with chartreuse tail)  using a “smoking” tactic.  We invested some time doing a “practice round” of this near the launch site before unleashing the boys on fish.

This investment paid big dividends.  Braydon got right down to catching fish as soon as we halted the boat over top of the first of four schools of deep water white bass we’d find and work over.  Tucker, being younger, took a bit longer to get through the learning curve, but, by mid-trip he was holding his own.

When the first large school of white bass showed up on Garmin LiveScope, Braydon exclaimed, “Whoa, it’s like a tornado of fish!”.

The MAL Dense with its white body and chartreuse tail really drew the strikes today and kept the boys busy to the point that downrigging and/or sunfishing for variety’s sake was not necessary to keep them engaged for the trip’s 3.5 hour duration.

The boys’ final tally was 83 fish which consisted of all white bass with only 1 short fish in the bunch.

This hot, dry, stable weather is super helpful to the fishing, as the fish are in a very predictable routine, behaving in much the same ways at the time times and same places on a daily basis.

OBSERVATIONS:  A high pressure “dome” continues to be solidly set up over Texas which, according to meteorologists, will stay with us for the foreseeable future.  Although north Texas was influenced by a mild cold front which drove south late Friday evening, no effects were apparent here today.  If history is any teacher, this bodes well for fishing.  Topwater schooling by largemouth bass continues. 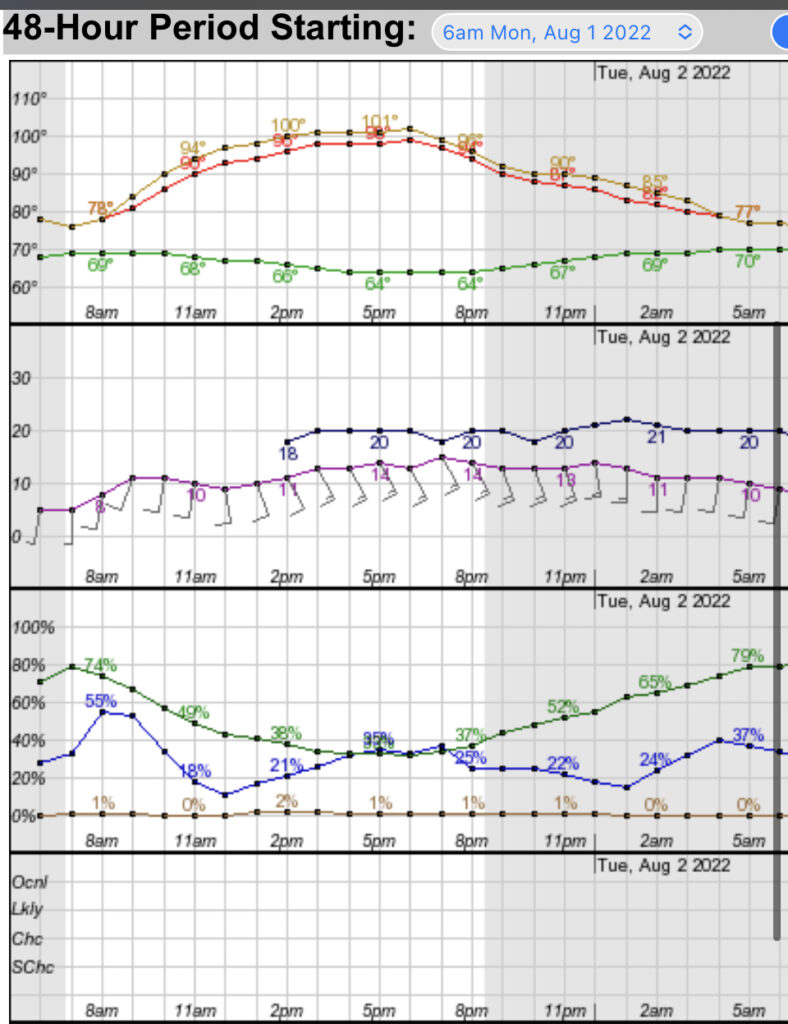