WHO I FISHED WITH:  This morning, Tuesday, August 2nd, I conducted the ninth Soldiers’ Kids Involved in Fishing Fun (SKIFF) trip of the 2022 season.

I welcomed aboard 9-year-old Emerson Rayburn and her 7-year-old brother, Weston Rayburn. Prior to this morning’s trip, neither child had ever caught a fish before.

The kids’ father, U.S. Army Chief Warrant Officer Chris Rayburn is a fixed-wing aircraft pilot for the Army’s military intelligence branch.  He recently received orders taking him on a months-long mission to Africa.

Knowing he was going to be separated from his kids for quite some time to come, he contacted me to see if he could take a pre-departure fishing trip with them.  We (the SKIFF organization) gladly granted that request this morning.

ABOUT SKIFF:  This fishing trip was provided to this military family at no charge.  S.K.I.F.F. stands for Soldiers’ Kids Involved in Fishing Fun.  This program began in May of 2009.  It is funded by the donations and fundraising efforts of the Austin Fly Fishers and other organizations they have partnered with.  S.K.I.F.F. provides the children of military personnel separated from their families due to duty commitments with the opportunity to go fishing.  SKIFF trips are also provided, free of charge, to Gold Star families who have lost their service member while he or she was on active duty.  In mid-2019, SKIFF also began providing trips to dependents whose parents are bona fide disabled veterans.  I coordinate and conduct these ~3.5-hour  adventures on Belton Lake and Stillhouse Hollow Reservoir, just outside the gates of Fort Hood in Bell County, TX, year ’round.  Call or text 254.368.7411.

My next open date for a free SKIFF trip for qualifying families will be on August 25th. 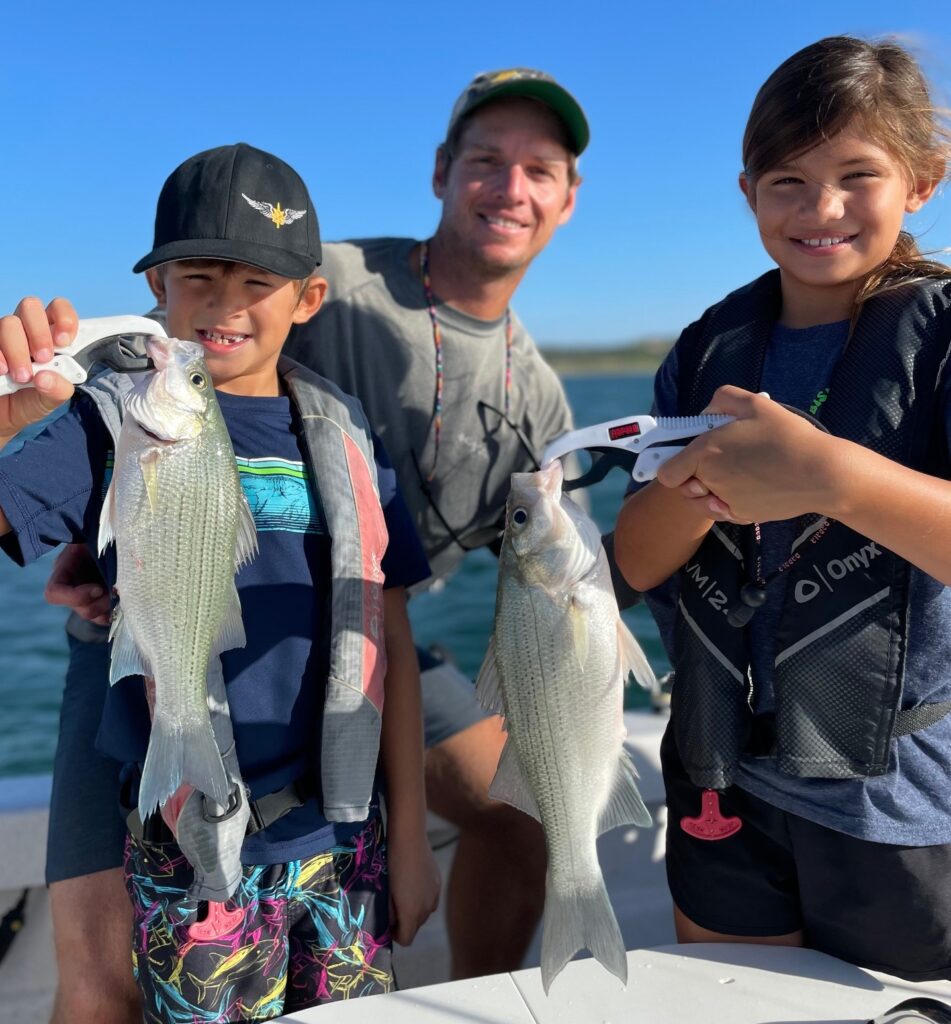 PHOTO CAPTION: From left: Weston Rayburn, Chief Warrant Officer Chris Rayburn, and Emerson Rayburn during the kids’ farewell fishing trip prior to their dad’s departure on a mission to Africa.

This hot, dry, high-pressure weather continues to have the fish behaving in much the same ways day after day.

We had a pretty steep learning curve to get through today, as neither child had ever caught a fish before, so, everything from how to hold a rod, to how to open and close the bail, to how to retrieve a lure at the right speed, etc., had to be learned from scratch.

Even so, Emerson was a quick study, and with dad’s help and my own, Weston landed his fair share of fish, keeping pace with his sister in the final third of the trip.

We landed exactly 73 fish this morning, and every last one of them came on a vertically worked MAL Dense Lure with chartreuse tail.  We watched every fish we caught chase and overtake our lures on Garmin LiveScope.  This technology allowed me to advise the kids on when to continue their retrieves and when to allow their lures to return to bottom — for this reason alone, it was invaluable.

With the fishing being so “cookie-cutter” thanks to the very stable weather, I’ve noted that the bite is strongest at sunrise and slowly fades to black by about 10:30.  The fish we encounter later in the morning simply do not stay as aggressive for as long as the fish we discover early on.

Of the 73 fish landed, 72 were legal-sized white bass, with 1 freshwater drum thrown in for good measure. 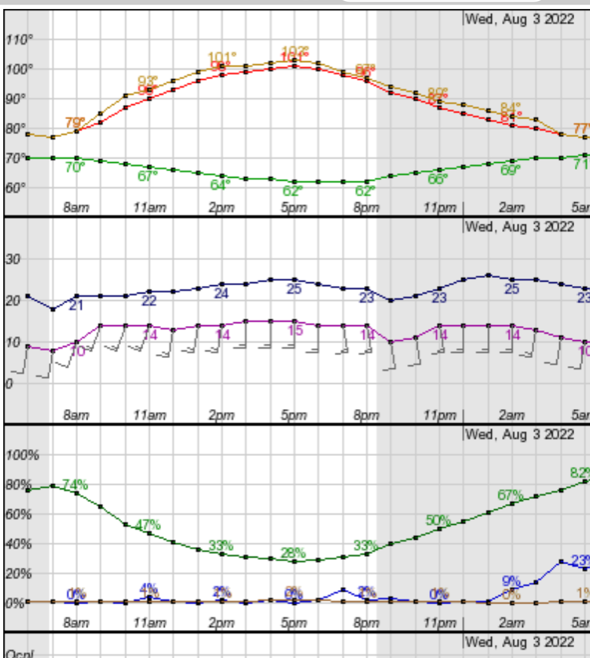