WHO I FISHED WITH:  This morning, Thursday, August 4th, I fished with “Papa” Joe Oliver, his son, Thomas, Thomas’ wife, Ashley, and Thomas and Ashley’s daughter, Sawyer, age 4.

This was the last of three trips focused on Joe’s grandchildren for the summer of 2022.  Although we all knew Sawyer would not stay interested for an overly long period of time, Joe wanted to treat her like all of the other grandkids and start this summer tradition with her, as well.

So, we had three generations aboard.  The primary goal was to help Sawyer and Ashley catch a few fish before Thomas and Ashley took Sawyer back to shore, then, the secondary goal was to put some fish in the boat for Joe, as he remained behind until his departure about 3.5 hours after we had begun.

My next open date will be on August 23rd. 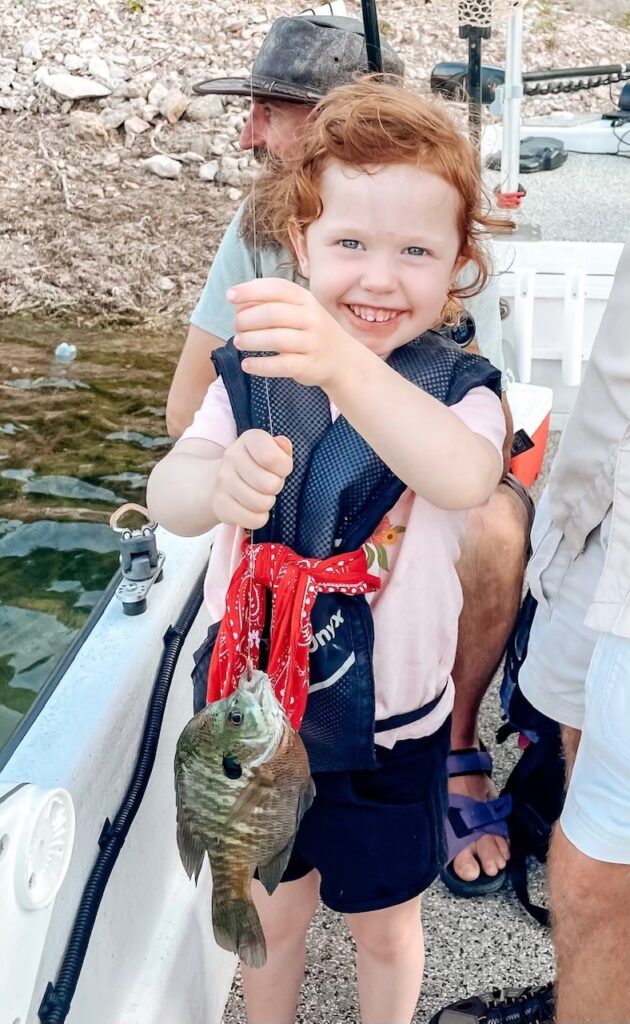 PHOTO CAPTION:  Sawyer Oliver, age 4, was the priority this morning.  After “helping” reel in 5 white bass, we went in pursuit of sunfish up shallow.  She landed this mature sunfish “all by herself”!  That’s her daddy, Thomas, in the background. 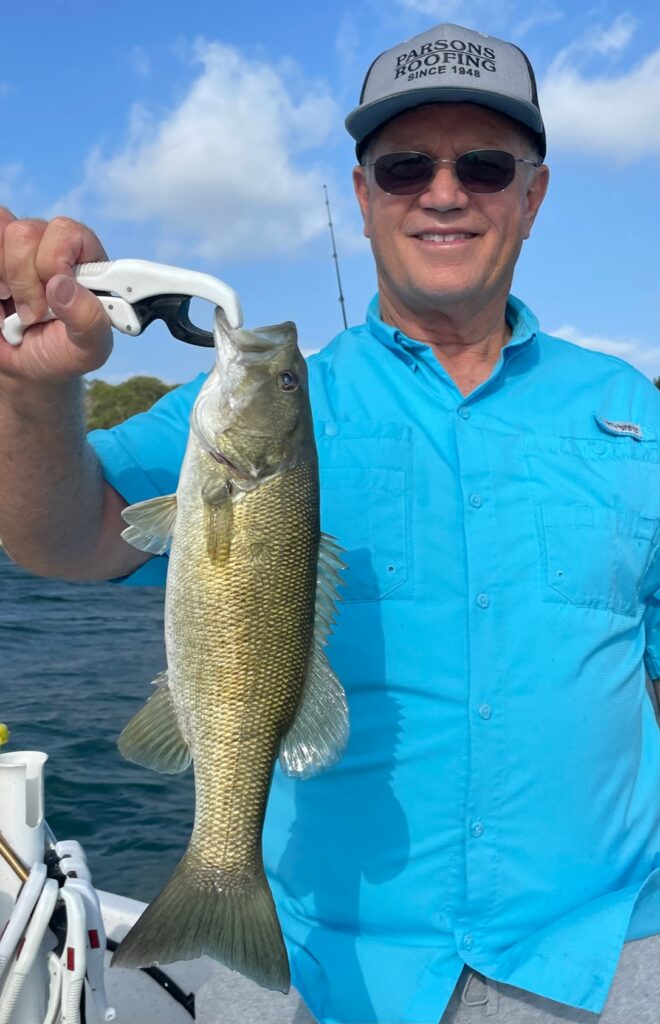 PHOTO CAPTION:  After Thomas departed with wife and child, Papa Joe Oliver and I stayed on a while longer to hunt up some fish which would have been a bit too technical for a 4-year-old.  While catching white bass from deep water, Joe came across this smallmouth.  We also had two largemouth mixed in with our white bass.

As we got going, we encountered the lightest early morning wind conditions of the entire week.  This was not helpful.

The white bass we pursued at the start of the trip were in low gear and pretty unwilling to chase after our baits at each of the three stops we made.  We managed 5 white bass under nearly calm conditions before we sensed Sawyer was getting a bit fidgety.

As I’d invited him to do, Thomas suggested we make a break to head up shallow and do some sunfishing for the sake of variety to reignite Sawyer’s interest.  She did great and handily put 9 sunfish in the boat, including redears, bluegill, and longears, all on a bream pole using bait under a slipfloat.

As we watched the interest in sunfishing wane, Thomas and I agreed that I’d look for white bass between our current location and the boat ramp, stopping to fish if I found anything great.  If not, he was good ending their trip while Sawyer was still having a good time.  Well, I didn’t see much, and we dropped Thomas and family off, then headed back out with just Joe aboard.

We did manage to find some fish in right at 50 feet of water and they were spread over a ~70 yard area and pretty unwilling to consolidate under the boat.  So, we fish until the fish density beneath us (as shown on LiveScope) got thin, then “jogged” to the next best concentration and so on.  We did this three times and added a final 24 fish (incl. whites, largemouth, and one smallmouth) to the tally before wrapping up a bit early, around 10:30, so Joe could tend to family and business.

Wind Speed & Direction:  S1-4 for the first two hours, quickly ramping up to S10-12 beginning around 9A 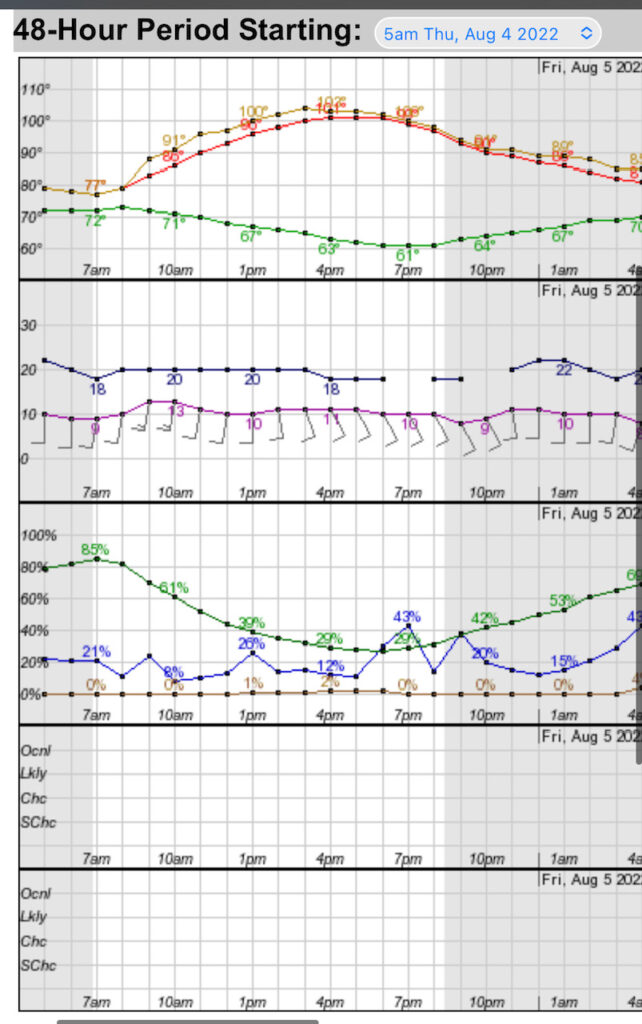