WHO I FISHED WITH:  This morning, Thursday, August 25th, I fished with Kari and Sandra Terho who decided to include an overnight stay at a Salado bed and breakfast followed by a morning of fishing on Stillhouse Hollow in their vacation tour of the Texas Hill Country.

When I asked them what led them to decide to come fish with me, they let me know it was because of my approach to fishing with artificial lures which appealed to them.  Previously, the Terhos had only fished with live bait.

Since I had visited Finland (and fished there) back in my early 20s, I got to compare notes on species and tactics Kari had employed there.  Most of his fishing “back home” was done with live bait for a species known as lahna, which is called a bream in English.  My fishing involved using light, inline spinners for perch, called ahven in Finnish.

My next open date will be on September 14th. 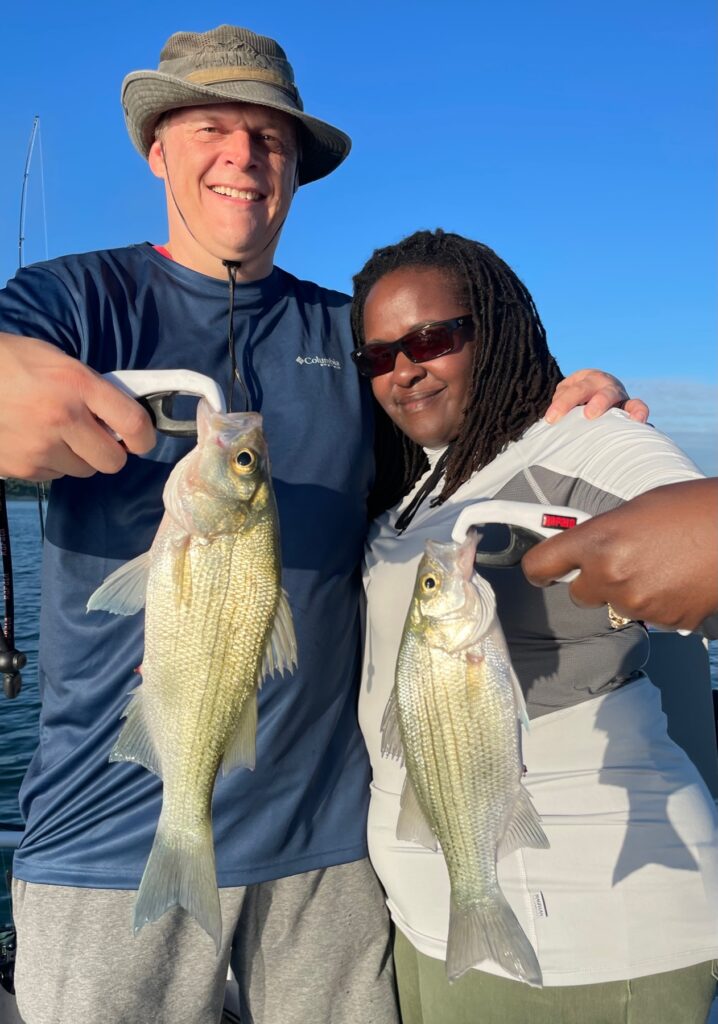 Kari and Sandra zoomed through a pretty steep learning curve this morning, having never used spinning gear before, and having never caught fish on artificial presentations before.

Given this, we spent a few minutes before leaving the launch site going over how to hold spinning gear, how to use that gear for vertical and horizontal tactics, and how to land fish once they are hooked.

We then set out in search of fish and found a bit of a cool reception today, the third day of N. winds following a recent mild cold front’s passage.  The skies were bright and winds were light, making things a bit tougher than they might otherwise be.

If there was a constant today, it was that the fish were most interested when we first arrived and got our baits (MAL Dense Lures with chartreuse tails) down to the fish and began working them.  The fish quickly lost interest, and so much more so as the morning moved on.  We took very few fish today using the sawtooth method — the method which has produced most consistently over the past few weeks.

I suspect we’ll see a stronger bite return once the winds switch back out of the south.

After putting together a 30 fish catch by the 2.5 hour mark, Sandra was getting uncomfortably warm thanks to the bright conditions and light winds.  I began downrigging so as to move the boat and create a bit of a breeze.  We landed four more fish in the following thirty minutes, and then wrapped up about 30 minutes early before the heat really started to pour on.

Our tally of 34 fish consisted entirely of legal white bass up to those in the 3-year class.

OBSERVATIONS:  What is forecast to be our third and final day of northerly winds following the passage of Monday’s mild cold front, made the fishing a bit tough.  The skies were bright and the winds were light.  I noted the fish demonstrated a tendency to suspend nearly motionless today, often ignoring vertical and horizontal presentations, including downrigging. 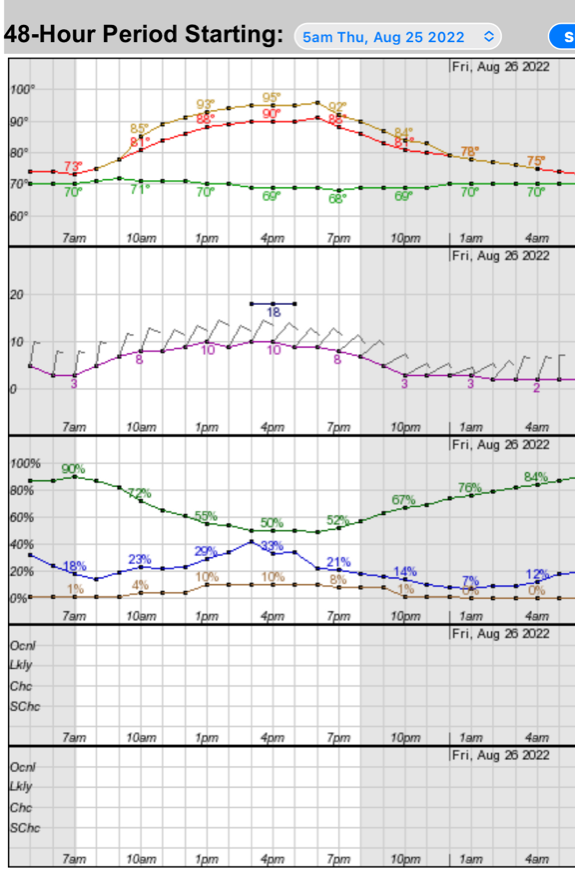