WHO I FISHED WITH:  This morning, Monday, September 19th, I fished with first time guests Mike and Meghan M.

Although Mike has followed me on Facebook for a long time and has wanted to fish with me, booking a trip for himself was just not something he would do.  So, for his birthday, Meghan booked this trip for him.

To say Mike was like a kid in a candy store would be an understatement.  When the couple parked he literally half-walked and half-ran (leaving Meghan some distance behind!) in his enthusiasm to get to the boat and get going.

We pursued white bass on a half-day morning trip on Stillhouse Hollow Reservoir. 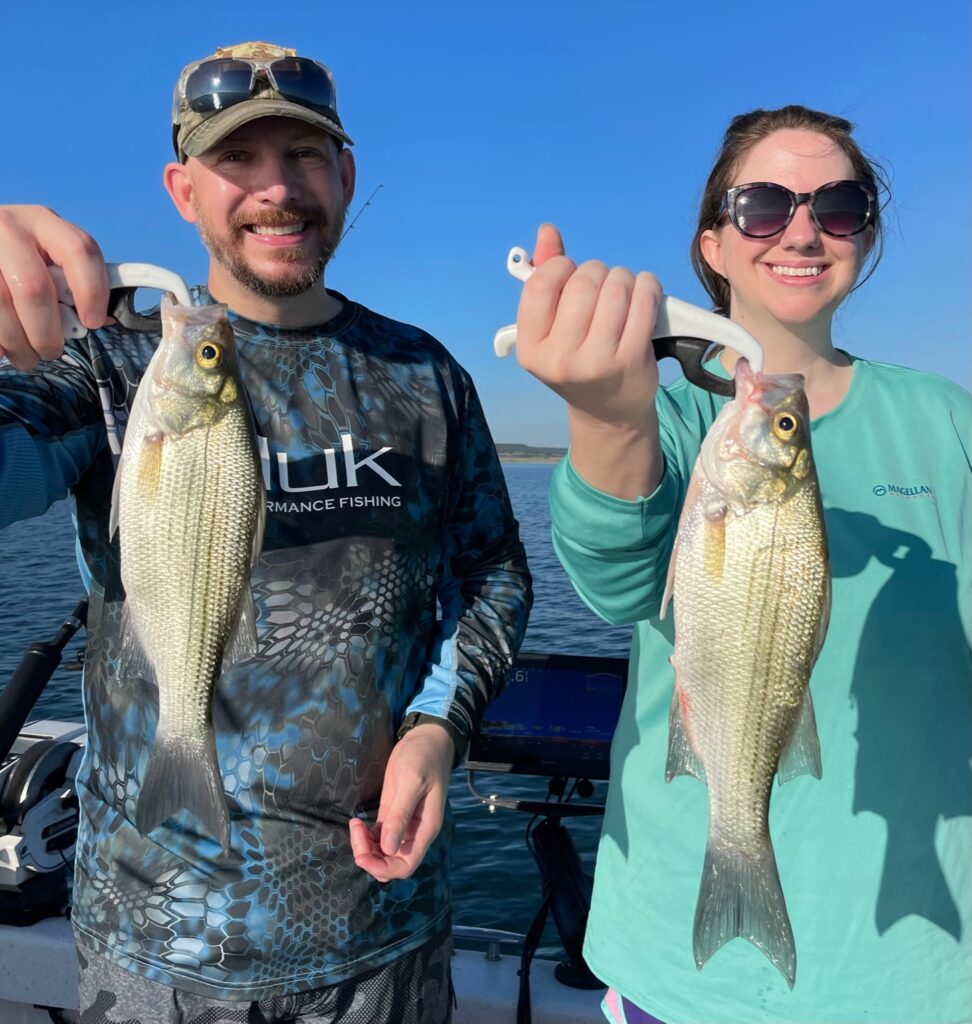 PHOTO CAPTION:  Mike and Meghan M. with a few of the 55 fish they took using MAL Dense Lures in deep water this morning.

PHOTO CAPTION: The MAL Dense Lure is tough to beat for this deep water fishing.  The only other thing I even have tied on right now are Pet Spoons on a pair of downrigger rods.  This lure used with the sawtooth method (see video link below) was the cat’s meow today.  Find them here: https://whitebasstools.com/

This morning’s trip was definitely “back-loaded” in that we did most of the catching in the latter half of the morning.

As we began the morning, a light SE breeze at 4-5 rippled the surface, but stopped about the time the sun, which rose through a bank of clouds in the east, cleared that bank of clouds.  We endured light winds for about 75 minutes before a building SSW breeze at 8-9 kicked in and began to cure our ills.

During that slack wind period we downrigged to get our baits in front of the low percentage of the fish population willing to chase and feed.  Eight of our 55 fish came on the downriggers.

After the wind kicked in, fish rose up off the bottom and began feeding better and were therefore also easier to spot on sonar.  We went back to using the MAL Dense Lures we were using at the trip’s start, and caught the majority of our fish on a horizontal sawtooth method.

Meghan confessed ahead of time that she was not much of a caster, but, after watching her and diagnosing a few issues with her form, we got her squared away and, by trip’s end, she was casting like a champ both accurately and at distance.

The 55 fish this couple landed represented a few personal bests for them.  First, the 55 fish catch exceeded the grand total of fish the two had landed during their entire stay in Texas thus far.  Additionally, Mike landed his largest largemouth to date — a 2.75-pound fish which came out of ~43 feet of water.

As our morning came to a close, the two walked away much more confident in how to approach fishing in general, and with a better idea of how to use the equipment they have on their G3 center console boat equipped with Humminbird sonar and a Minn Kota Terrova trolling motor.

OBSERVATIONS:  The last half of this 4+ hour trip was much more productive than the first half, thanks to light winds the first 2 hours.

Sky Condition: ~20% white clouds on a blue sky at sunrise then decreasing to 10% as the morning moved on 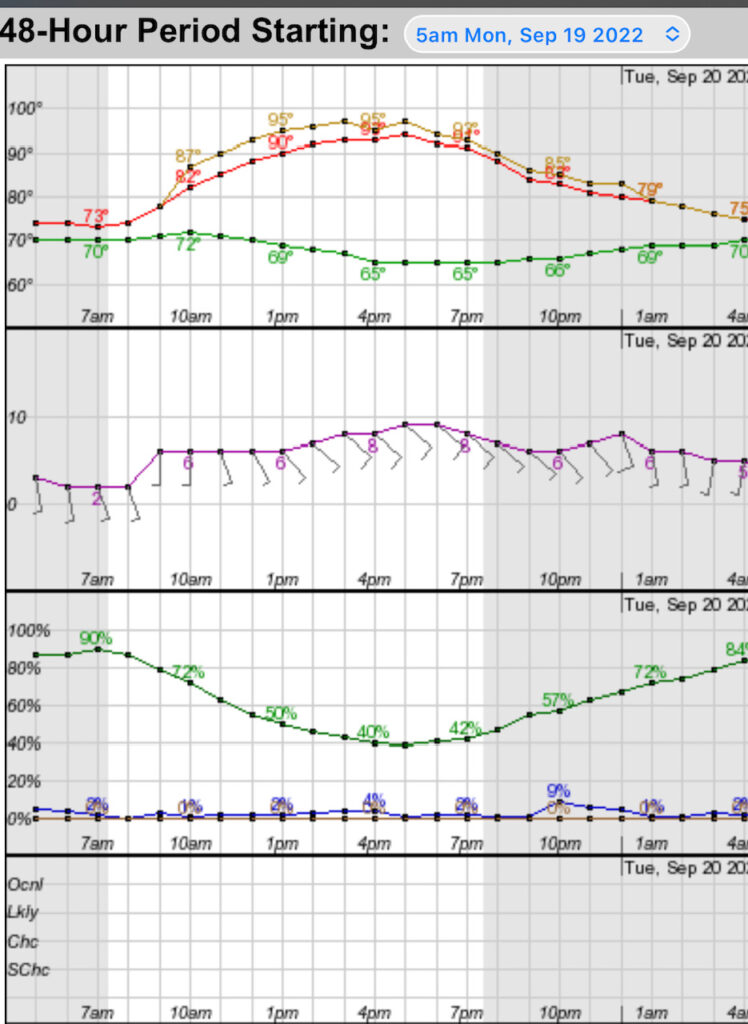