Bobby III, a U.S. Army veteran, has worked for many years at an industrial supply business in Temple, Bobby IV is a Tech Sergeant in the U.S. Air Force stationed in Florida where he works with aircraft-based weapons, and Billy is a heavy equipment mechanic working for a construction firm in Austin.

Bobby owns his own (very nice) Bass Cat bass boat, but doesn’t chase white bass routinely.  He just wanted to make sure his sons “got their strings stretched” and to spend some time with the both of them while they were home for the holidays, so, I was honored that he called on me to help with that.

We were originally scheduled for this past Saturday, but the frigid weather forced a rescheduling. 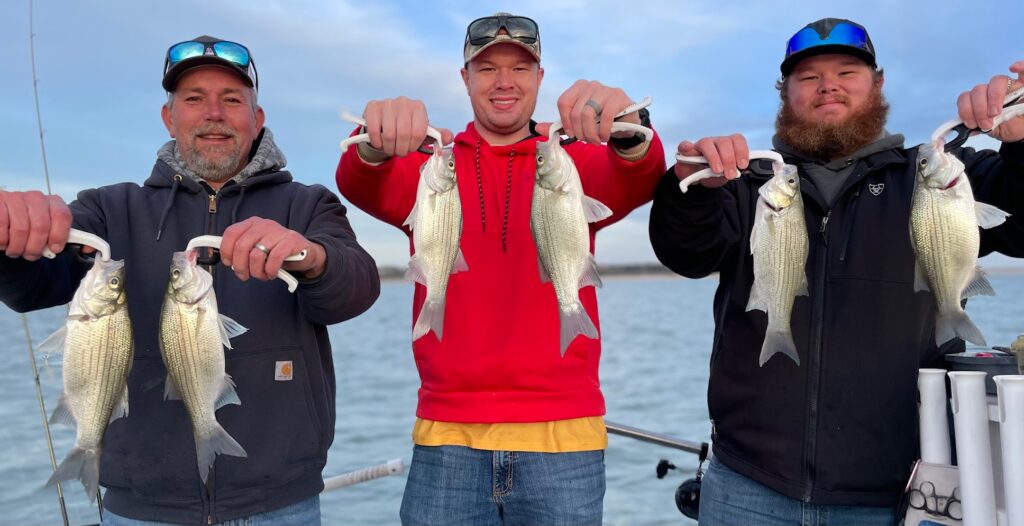 PHOTO CAPTION: From left: Bobby Golding III, Bobby Golding IV, and Billy Golding, each with 2 of the 77 fish they landed under tough conditions brought on by the recent, rapid cooling of Lake Belton.

We faced pretty tough conditions this afternoon with yet another total lack of bird activity.

We found fish were scattered, and that some fish had moved up to depths as shallow as 24′.

Even where we found concentrations of fish, those fish were in multiple, distinctly separated groups of perhaps 12-30 fish each.

Fish would generally get interested in our presentations immediately, allowing us to catch a few fish, then they would shut down fairly quickly.  Having seen this routinely this winter, I knew we needed to move on to find new fish as soon as the slowdown occurred.

We used white, 5/8 oz. Bladed Hazy Eye Slabs the entire trip using a slow-smoking tactic and Garmin LiveScope.  Of the first 51 fish we caught, only 1 white bass was short, however, of the final 26 fish we landed, only 4 were of legal size.

When all was said and done the Goldings landed 77 fish including 1 short hybrid striped bass, 5 largemouth bass, 2 freshwater drum, and 69 white bass, of which 23 were short.

Wind Speed & Direction:  SSE5 at trip’s start, peaking at SSE12 by 4P, then settling back to SSE6 by trip’s end 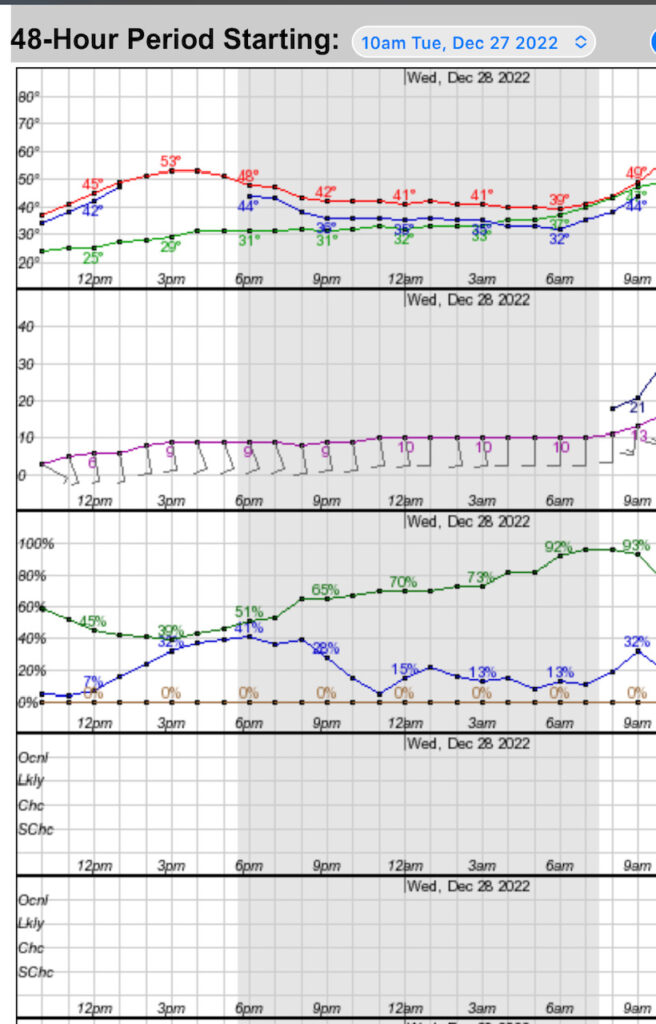