WHO I FISHED WITH:  On Monday afternoon, Jan. 2nd, I fished with father-and-son team Oscar and 9-year-old Mateo Santiago of Salado, TX, after Oscar’s neighbor, Brandon, suggested he give me a try.

Oscar and his wife, Marla, both U.S. Army veterans, own their own custom cabinetry business called Wooden Woodworks (Woodenwoodworks.com) and operate out of the Salado Industrial Park in Salado, TX, making both fine cabinetry and furniture 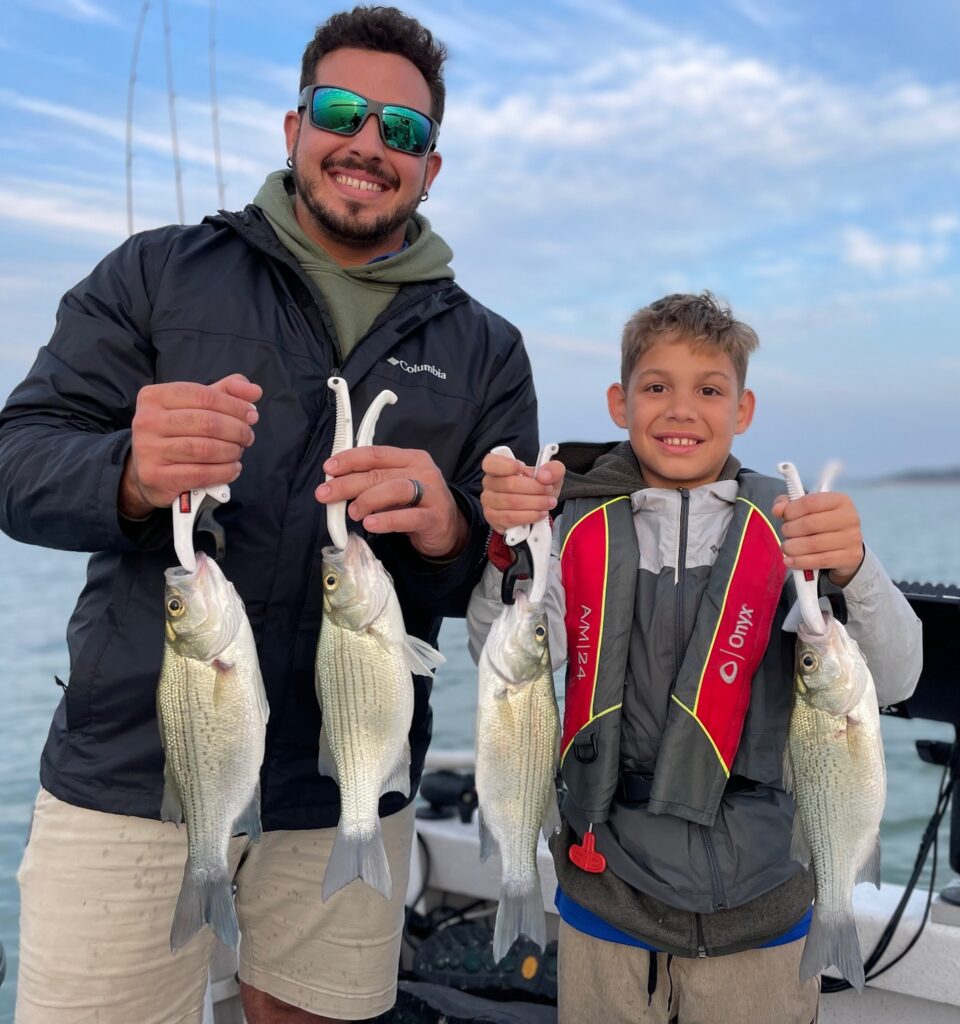 PHOTO CAPTION: From left:  Oscar and Mateo landed more fish on this trip than during all of their previous fishing trips combined! 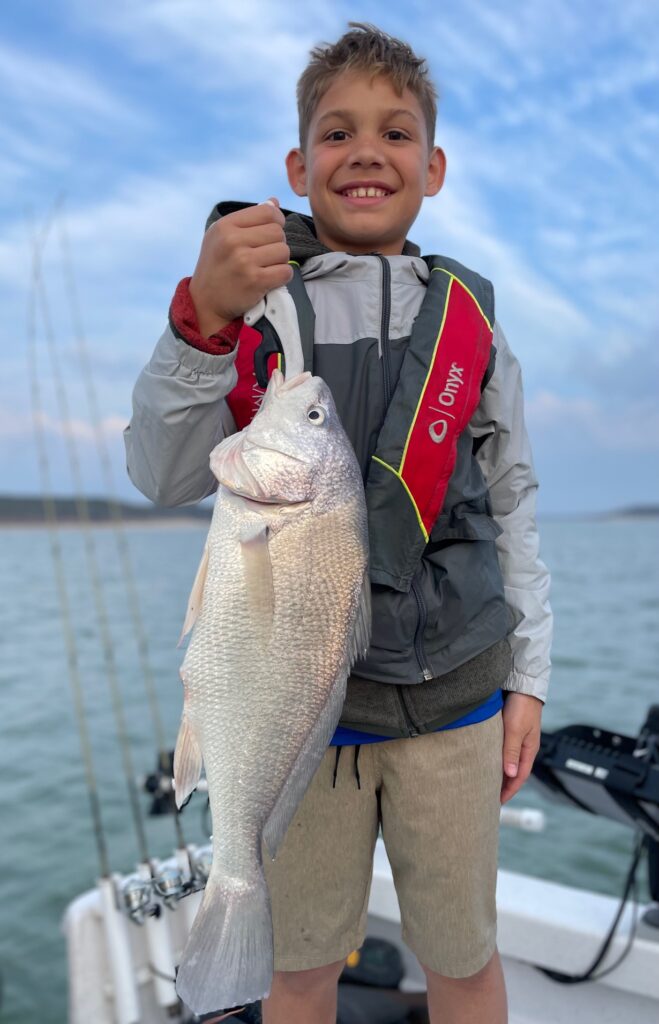 PHOTO CAPTION: Look at that smile!!  This 20+ inch freshwater drum was Mateo’s largest fish of the trip.

We got going right around 1:15PM while the south wind was at its peak velocity.  Instead of banging around in open water, we headed for more protected haunts and used sonar (exclusively) to find our fish this afternoon as once again, we had no birds to guide us.

We found fish in most every area we searched, but the fish were not overly aggressive, so, as you’ll see from the list of areas we fished down further in this report, we did a lot of moving to catch a few fish, typically within a few minutes of arriving, only to have those fish lose interest fairly quickly.

Oscar told me as we spoke by phone before the trip, that although fishing is something both he and 9-year-old Mateo enjoy, they hadn’t fished all that much, and it had been quite some time since the last time they fished.

Given this, they relied upon the guidance I provided to present their baits properly, and to hook and fight the fish they caught.  This actually worked out well, because they did have any counter-productive habits already soaked into their “muscle memory”.

Just as was the case on this day’s morning trip, this afternoon 100% of our fish came on the white, 3/8 oz. Bladed Hazy Eye Slab, used with a slow-smoking tactic 100% of the time.

By the time the sun fell beneath the cloudbank just above the horizon to the SW around 5:30P, Oscar landed our 66th and final fish of the trip.

The pair was blown away by their results.  Oscar told me that these 66 fish represented more fish than the two of them had caught, grand total, on all of their previous trips combined.  Now that’s a personal best!!

Our tally of 66 fish consisted of 3 freshwater drum, 2 largemouth bass, 1 short hybrid striped bass, and 60 white bass, of which 6 were short.

Wind Speed & Direction: Winds were SW16 through ~2:30, and then fell off steadily to SW7 by sunset. 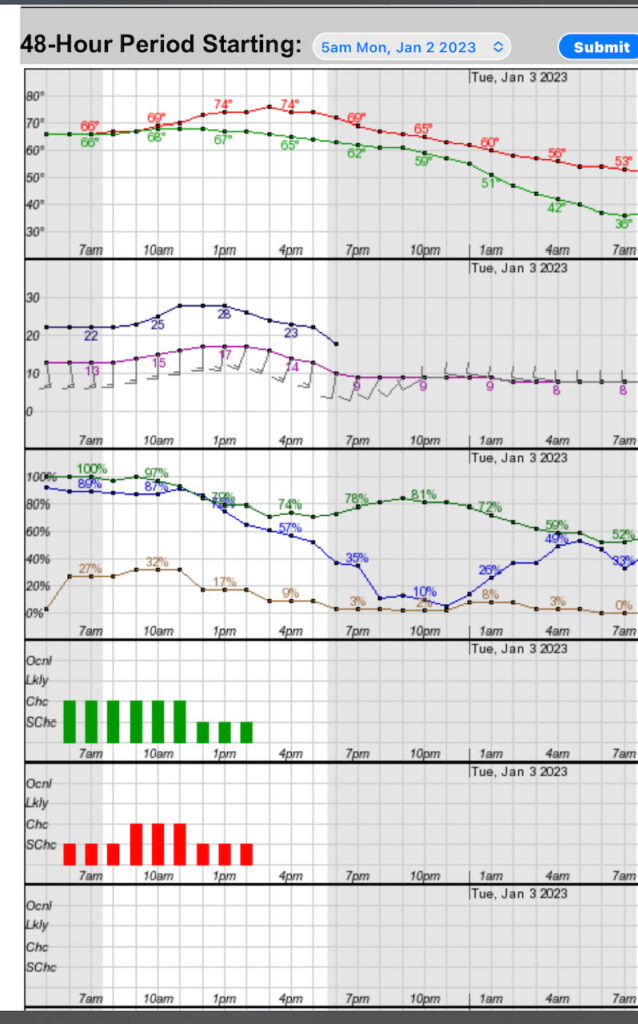