Ryan’s dad, U.S. Army Staff Sergeant Ryan Howell Sr., has served in the military for 16+ years.  He is currently deployed to Iraq as a military policeman.  Mrs. Meisha Howell arranged for this trip after Mrs. Denise Igo was kind enough to make the Ft. Hood military community aware of this opportunity (thru her Fort Hood Area Events Facebook page) I set aside for the Veterans’ Day holiday when the kids from the Killeen Independent School District would be out of school.

Ryan is quite experienced for his age, having fished with his dad and grandfather quite a bit.  He told me he was really excited when he heard his mom had arranged for the trip because catching white bass was on his bucket list!!

ABOUT SKIFF:  This fishing trip was provided to this military family at no charge.  S.K.I.F.F. stands for Soldiers’ Kids Involved in Fishing Fun.  This program began in May of 2009.  It is funded by the donations and fundraising efforts of the Austin Fly Fishers and other organizations they have partnered with.  S.K.I.F.F. provides the children of military personnel separated from their families due to duty commitments with the opportunity to go fishing.  SKIFF trips are also provided, free of charge, to Gold Star families who have lost their service member while he or she was on active duty.  In mid-2019, SKIFF also began providing trips to dependents whose parents are bona fide disabled veterans.  I coordinate and conduct these ~3.5-hour  adventures on Belton Lake and Stillhouse Hollow Reservoir, just outside the gates of Fort Hood in Bell County, TX, year ’round.  Call or text 254.368.7411. 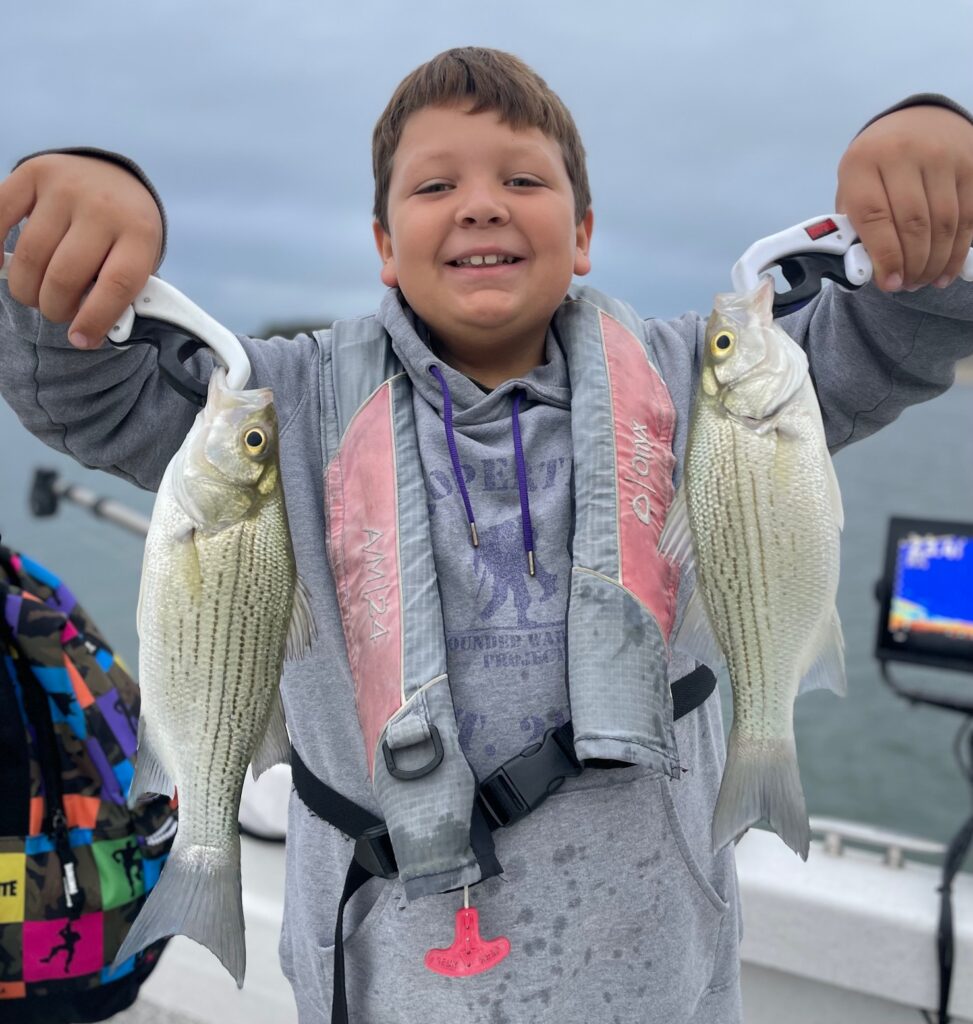 The fish were just incredibly aggressive this morning under true “pre-frontal” conditions.  As I arrived at the ramp this morning, it was uncomfortably humid, 70F, and flat calm.  By 9:45A, the temperature would drop to 55F very suddenly with the arrival of a major cold front.  That front’s lead edge caused hail, heavy rain, and severe thunderstorms all across Central Texas for about a 40-minute span.

We launched knowing that our trip would likely be curtailed by weather, and I let Ryan know that when we heard thunder rumbling in the west we’d need to pack up.

Well, he was a real trooper, donning some raingear I loaned him, his rubber boots, and some warm clothing beneath to stick it out with me in the blowing rain to cash in on this fantastic fishing.

We stayed as long as I felt was prudent.  About the time we heard the first rumble of thunder way out to the west of us, the National Weather Service sent out a severe thunderstorm warning for a “fan” from Burnett east toward Salado. We were well north of that, but didn’t want to take any chances.  We called it a great day with 91 fish taken in right at 2.5 hours of fishing.

Fishing was super simple, as the fish were present at the first (and only) two places I looked for them.  They were way up off bottom chasing bait hard and therefore showed up on sonar quite well.

We used MAL Originals with white tails to load the boat with 91 fish in a short but sweet, rapid-fire sequence.  The fish were still biting when we left.

Ryan and I fished side-by-side as we watched Garmin LiveScope and landed 77 white bass, and 14 short hybrid striped bass.

OBSERVATIONS: Classic pre-frontal, frenzied feeding activity was observed this morning from (obscured) sunrise until we could no longer safely stay on the water.  The fish were still biting when we departed.

Wind Speed & Direction:  Calm at sunrise, then quickly ramping up to NW15-17 as the lead edge of the front blew in.

Sky Condition: 100% grey cloud cover all morning, with rain added after the front moved in. 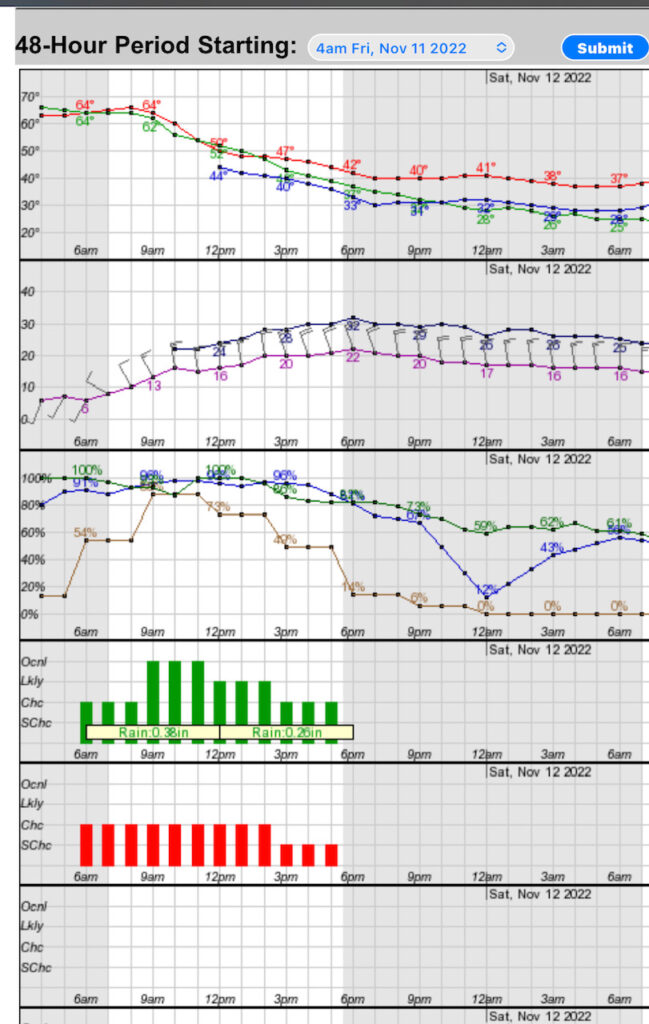