WHO I FISHED WITH:  This morning, Saturday, December 7th, I fished with returning guests Jim Deuser of Georgetown, his son, Dan, and Dan’s son, Jake, both from down near San Antonio.  Jake is in his senior year of high school and just became an Eagle Scout which involves significant project coordination.  Jake’s project involved providing a soothing texture wall for autistic students at a local school for kids with autism.

We were originally planning to go hybrid fishing back during the peak window in late April, but foul weather put an end to those plans. 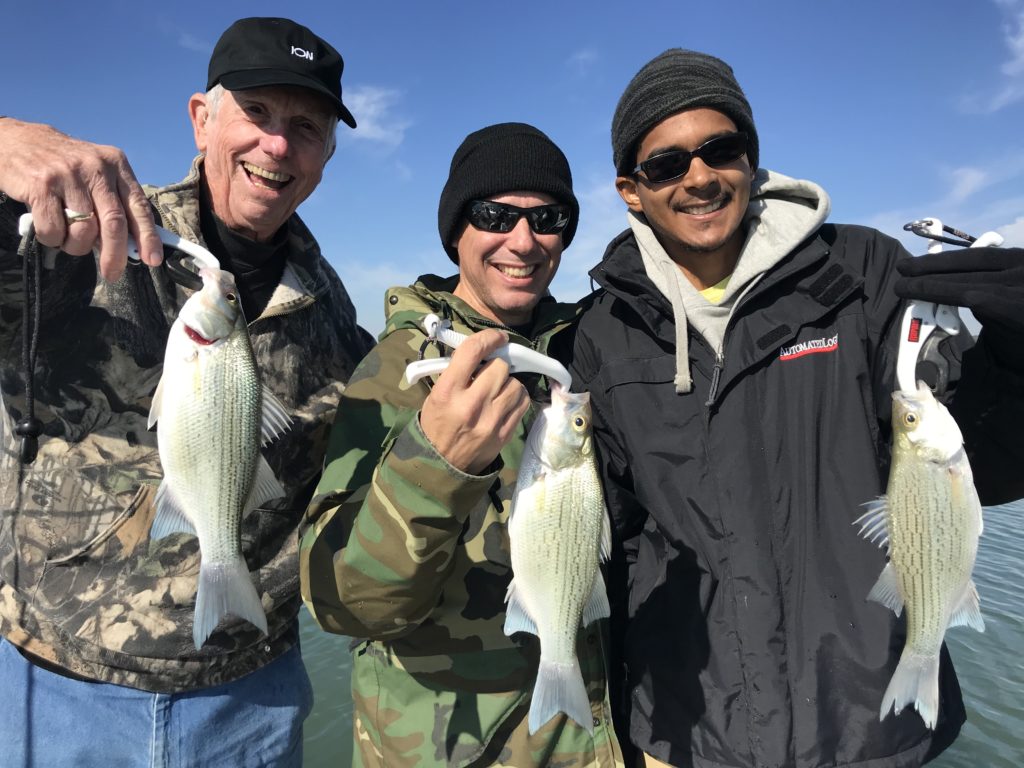 PHOTO CAPTION #1:  Three generations of Deuser men — from left:  Jim, Dan, and Jake.  We were blessed with yet another 100+ fish outing with white bass comprising the majority of our catch. 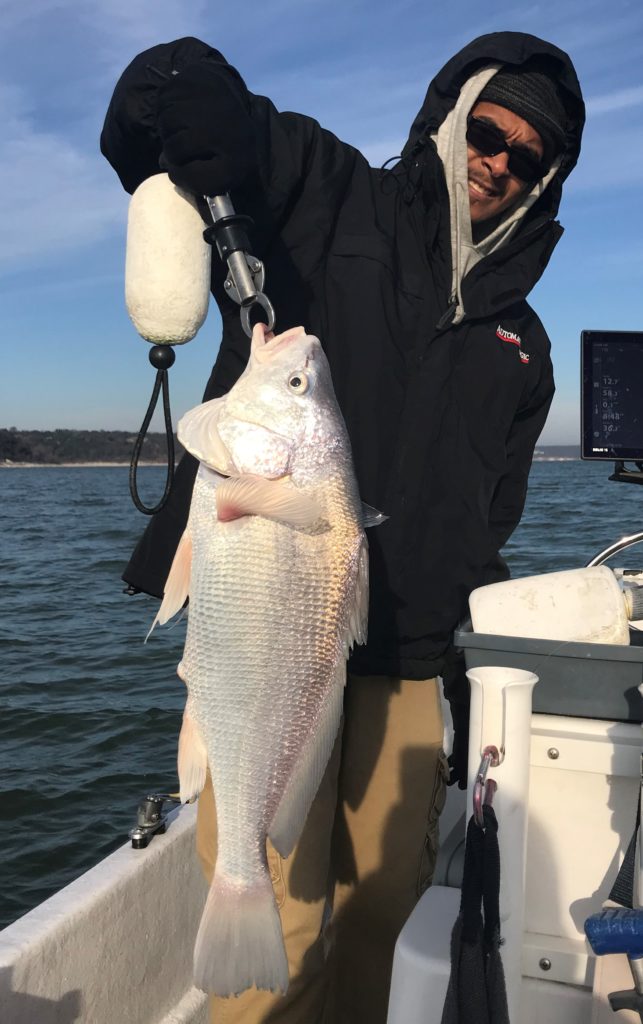 PHOTO CAPTION #2:  Quality freshwater drum like this one hoisted by Jake are becoming commonplace on Lake Belton thanks to the burgeoning zebra mussel population offering this species a bumper crop of food.

HOW WE FISHED: As good as winter time fishing is, it can also be very one-dimensional.  Although other methods will certainly take freshwater pelagics, for consistency on white bass, it is hard to beat the simplicity and efficiency of working a slab vertically.  That is exactly what we did this morning to the tune of 108 fish in right at 4 hours’ time. We used an “easing tactic” to land fish after fish, at first guided by hungry gulls pointing the way, and then by finding fish with sonar.

After everyone had the fundamentals of easing down, I “layered” in the Garmin Livescope and I think that really made the trip for Jim and Dan.  Competitive by nature, they stood side-by-side, both staring into the same Garmin monitor (GPSMAP 1242sxv Touch) and chided one another when the other guy missed a fish that aggressively pursued a slab up off bottom.

Dan likened my fish-attracting thumper device to a “beat box”; it served its purpose today in keeping fish under the boat.

We swapped back and forth with the 3/8 oz. and 3/4 oz. Hazy Eye Slabs using the heavier version if I saw suspended hybrid, and using the lighter version if we had mainly bottom-dwelling white bass beneath us.

I told the fellows in my “pre-trip briefing” that our first three hours would be where we needed to do all of our catching as the N. wind was due to run out around 10AM.  Indeed, we hit the 100 fish mark at 10:28, then added only 8 more fish to the count in the 40 minutes that followed, eventually calling it a good day and heading to lunch by 11:10.

OBSERVATIONS:  Birds worked continuously from sunrise through 9:20AM and then the vast majority of them roosted.

Wind Speed & Direction: NNW8 at sunrise through 10A, then tapering down over the next hour to calm 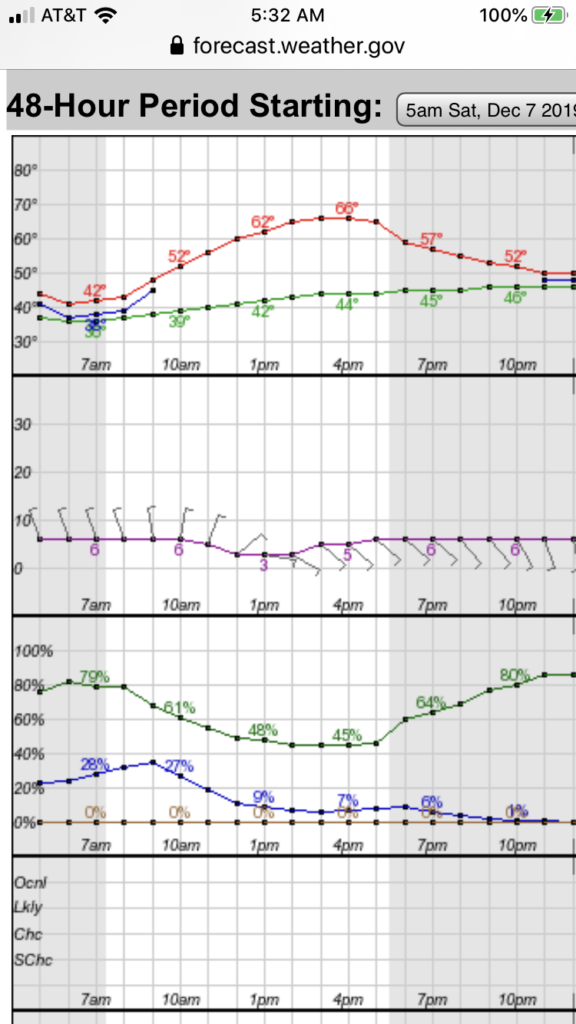