WHO I FISHED WITH:  This past Saturday morning I fished with Mr. Lee Vancleave, his 13-year-old grandson, Konnar, and Konnar’s 13-year-old buddy, Chris.  Lee was retired, got bored with retirement, and went back to work doing what he had done prior to retiring, which was crunching data and generating reports for a state agency.  Konnar, who lives with his grandpa, and his buddy, Chris, became friends through school and sports in Pfluegerville, TX.

Although my first choice for today’s trip would have been Belton known this season for higher numbers of smaller fish, Lee requested we fish Stillhouse as it is more accessible to him, thus, he wanted to become more familiar with it in addition to catching some fish. 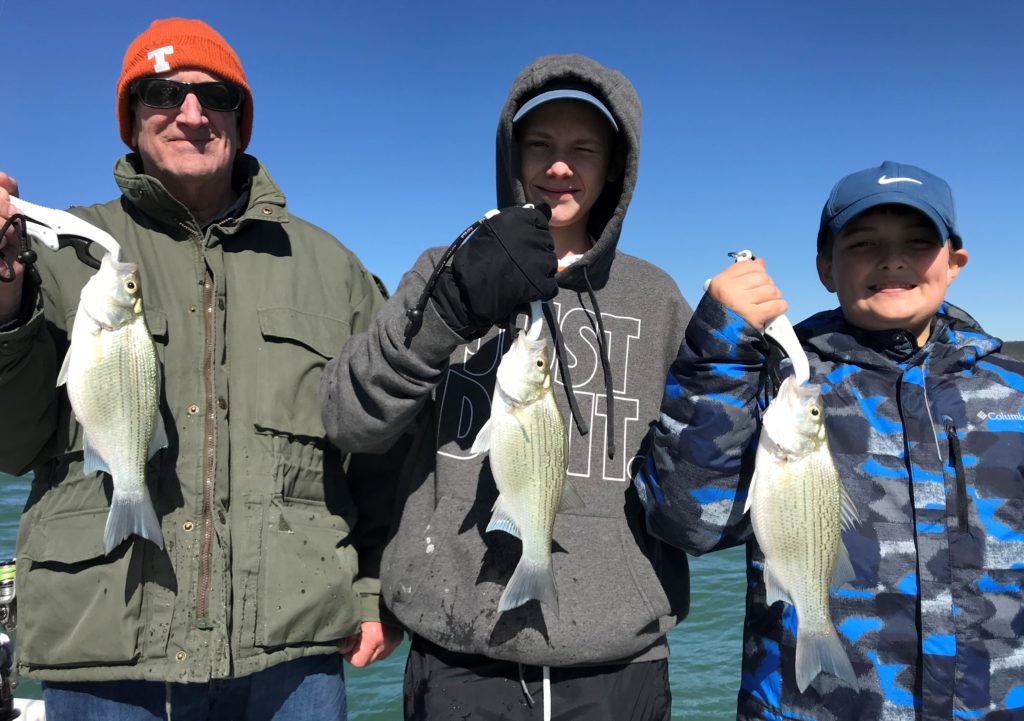 PHOTO CAPTION:   From left: Lee, Chris, and Konnar with a few of the plump white bass we took on 3/8 oz. slabs on a very tough morning.

HOW WE FISHED:  We faced a very tough bite this morning — a sentiment shared by several others in my “network” fishing both Belton and Stillhouse.  I felt fortunate to observe birds (mainly gulls) beginning to work just prior to sunrise, but, the bird action was much more intense than the fish action beneath.  When we found fish on sonar, they were tight to the bottom, they were in small packs of 5-10 fish, and it was like pulling teeth to get them to bite.  I’d dare say we’d observe 20-30 fish on LiveScope pass through the midst of our 4 slabs working to get one bite.  After the birds gave up, it got even tougher.

We slowly eased our slabs for a grand total of 20 fish and, despite average weekend boat traffic for this cooler time of year, and with boats occasionally straying near us as we all hunted birds, we saw only one other fish landed by a gentleman snap-jigging from his kayak.

True to form, though, the white bass we landed this morning were all solid, well-proportioned, legal-sized whites.

One very good recreational angler I compared notes with on Lake Belton fish until around 1:15 and managed only 24 fish, of which only 2 were legal sized white bass.

OBSERVATIONS:   An unusually tough bite given the ample bird action.  I noted most bird action was generated by gulls lifting sunfish off the surface, not by terns, nor involving shad. 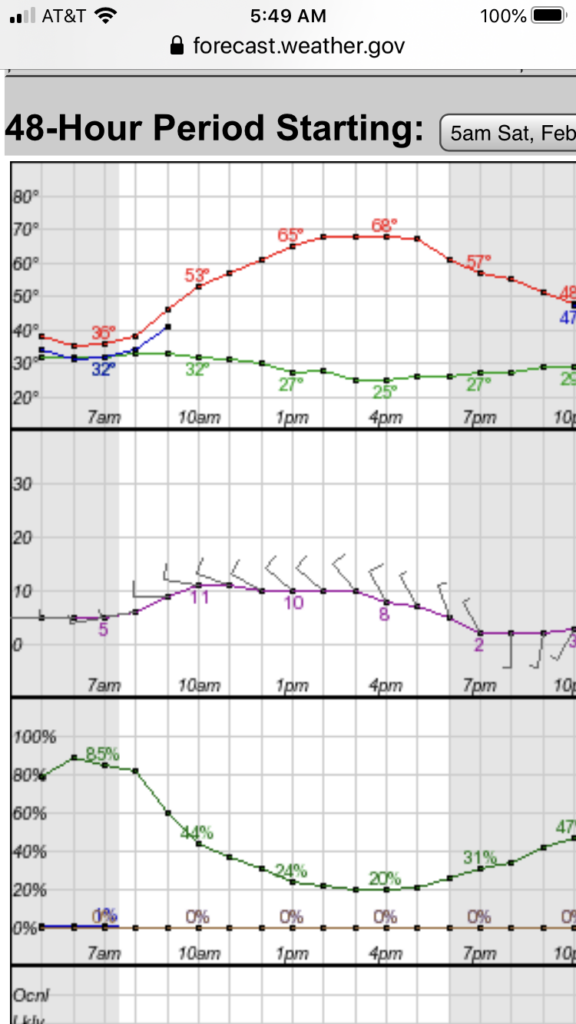