WHO I FISHED WITH: This afternoon, Friday, Feb. 26th, I fished a “Happy Birthday” trip for twin 14-year-old sisters Diane and Desirae Manguerra of Copperas Cove.  Accompanying the young ladies were their father, Dex, their brother, Darius (age 11), and the girls’ friend, Kylie Green (age 13).

PHOTO CAPTION: From left: Dex, Diana, and Desirae Manguerra, Kylie Green, and Darius Manguerra pose with a catch of white bass taken this past Friday on Lake Belton.

We had a fruitless first 50 minutes under cloudy but calm skies.  Last week’s cold spell has definitely moved fish off the lake’s bottom.  As I compared notes recently with fellow guide Jason Weisberg, he is seeing on Richland-Chambers what I am seeing on Belton and Stillhouse — suspended fish which are channel-oriented.  I suspect that despite the cold water, the increasing daylength is moving these fish toward spawning areas.

Around 3:15, I noted a few gulls and terns looking “fishy”, so, despite them being in an area I would not normally have searched for fish, I went to them because it was clear their behavior was not driven by loons or cormorants.  As I came off plane, I saw in all of 5 seconds more fish on sonar than I’d seen in the previous hour (actually, more fish than I’ve seen all week!).

These fish were in 62 feet of water, they were moving slowly, and the majority of them were suspended in the middle third of the water column.

Anticipating tough fishing today, I’d placed finesse 3/8 oz. Hazy Eye Slabs on all the rods, but very quickly changed everyone over to 3/4 oz. to help them get to bottom quickly and because I knew that with as tightly bunched as these fish were, they weren’t going to be hard to fool.

The kids, already accustomed to video screens, immediately grasped what Garmin LiveScope was telling them, and took full advantage of it for the next 1.75 hours to come.  The fish weren’t going gangbusters, but the kids were landing fish steadily, and perhaps one in 5 or 6 seen on sonar would give chase.

By about 5PM, the gulls had moved, then settled down on the water and I knew this bite was over.  We searched elsewhere, but found no more catchable fish.

We wrapped up at 6:15 with exactly 66 white bass and 1 largemouth bass landed.  All but one of these fish came from a 150 yard stretch of open water which we fished with three “short hops” to keep up with the general direction the birds seemed to be moving in.

Wind Speed & Direction:  Light and variable from the E through 9:45A, then picking up quickly to SSW14 thereafter 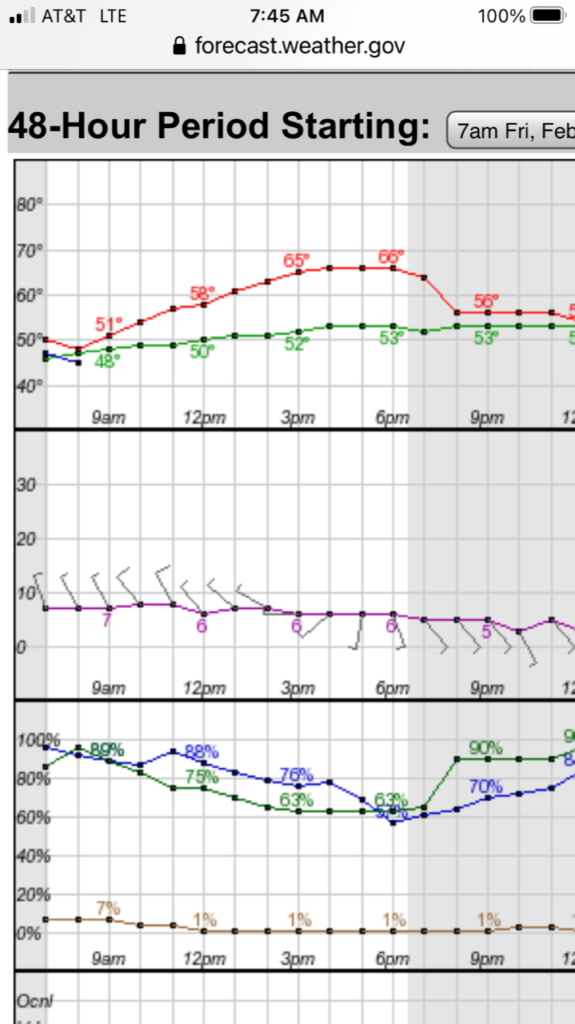