WHO I FISHED WITH:  This past Thursday morning, Dec. 29th, I fished with Mr. Kyle Everett and his 8-year-old son, James.

Kyle was given a fishing gift certificate for Christmas by his wife, Katie.

Kyle is a U.S. Marine Corp veteran who now works as an accountant and is part-owner of a cabinetry business.  James is working his way through the 2nd grade and already shows a mind for numbers.

As we fished, James invented a scoring system based on size and species of fish landed which was more complex than the U.S. Tax Code and which, when all was said and done, ensured that he would emerge the victor of the fishing contest he ‘imposed’ on his father.  This system further ensured James would take away not just first place, but something better than first place, which was “infinity place”. 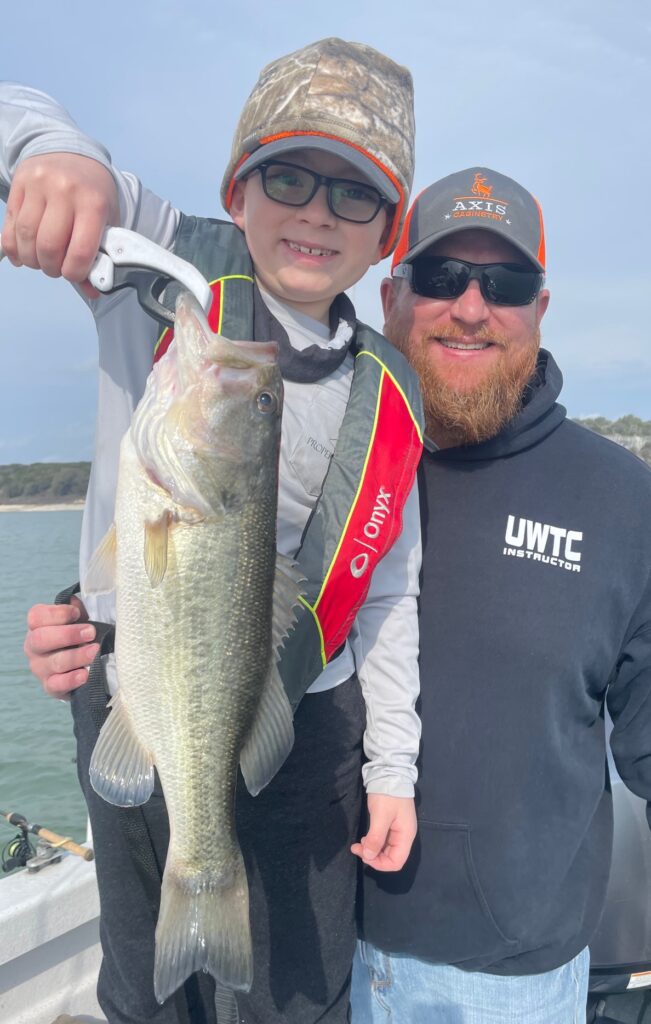 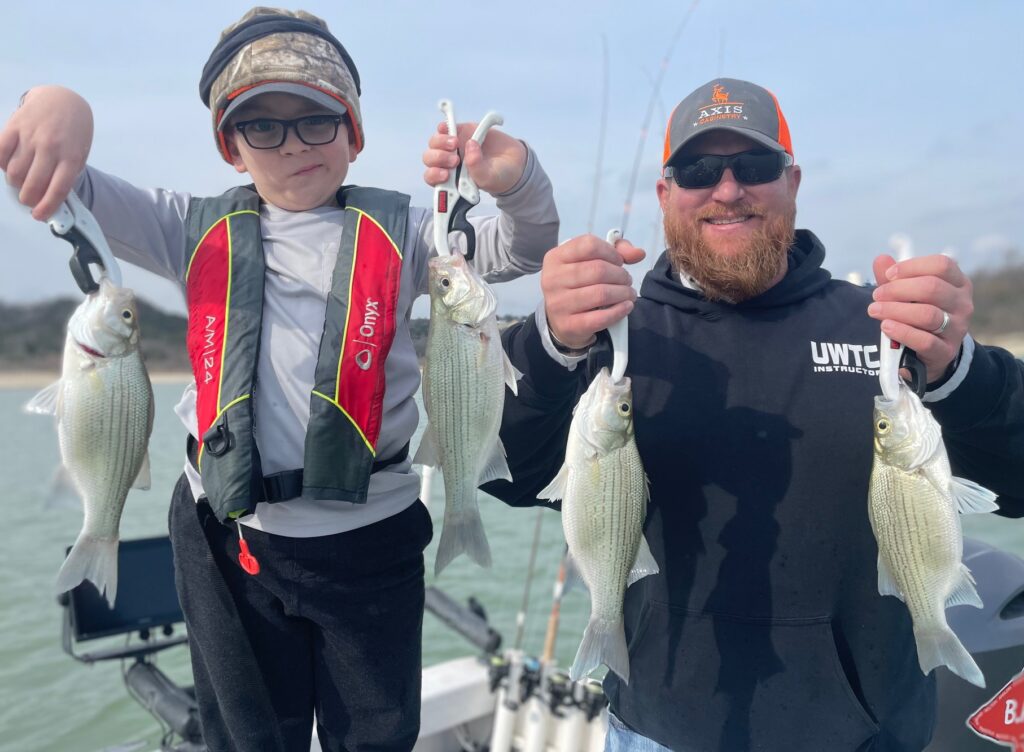 PHOTO CAPTION: White bass like these from the 2021 year class made up the majority of our catch this morning.  The body condition on these fish looked very good.

Ever since our four-day crash-course in cryogenics on 22-25 Dec. which saw our water temperature plummet by a full 6+ degrees, things have been tough.  The fishing had been tedious, and the birds have ceased providing clues to fish location.

Wherever we encountered white bass, they were broken into small groups of up to 20-30 fish or so, with several yards between these small groups.  Due to the cold water, these fish would not move to us despite the commotion we created (by thumping and jigging), hence, we had to move frequently.

If there is one lesson learned in this post-chill fishery it is to move frequently.  Once fish show signs of disinterest, it is time time to move.  These fish, once turned off, will not turn on again any time soon.

We again noted that we’d catch just a few fish, usually in the first few minutes following our arrival, at any given area.

We stuck with the 3/8 oz. white Bladed Hazy Eye Slab all morning.  That smaller package just seems to put a few extra fish in the boat when things are tough.  Many largemouth anglers “go finesse” under tough conditions, and this approach seems to be valid with white bass, too.

The slow-smoking tactic worked best for fish which were primarily bottom-dwelling today. Whenever fish appeared suspended and moving up higher in the water column, they tended to be eager to chase, but, the total number of fish we sighted like this was low.

Our tally of 40 fish consisted of 3 largemouth bass, 2 freshwater drum, 1 legal hybrid striped bass, and 34 white bass, of which 2 were short.

Sky Condition: Grey skies with the lightest shroud of fog persisted for ~2 hours, with rapid clearing to 40% mixed white/grey clouds on blue sky. 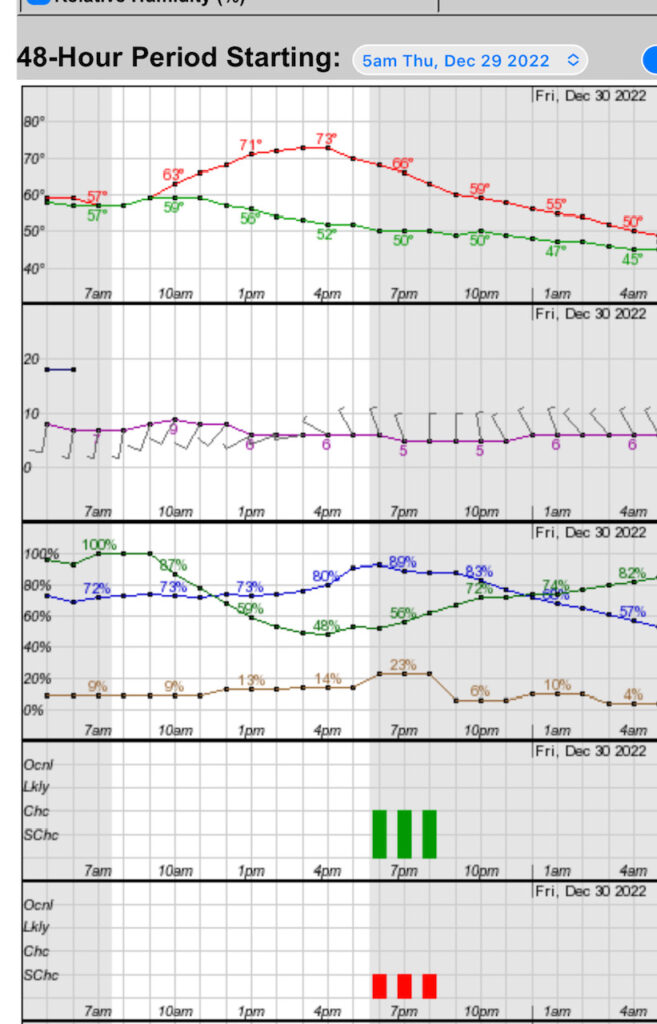