WHO I FISHED WITH: This morning, Friday, August 28th, I fished with Nathan and Trisha Ratliff and their four kids, Amelia (11), Hannah (10), Hunter (7), and Clara (4), of Harker Heights, TX, on a Kids Fish, Too! adventure on Lake Belton.

HOW WE FISHED:   The Ratliffs arrived with no prior fishing experience and no prior boating experience, so, I planned ahead to have them show up a bit earlier than normal so as to cover things more thoroughly than I might with a family that had prior experience.

Trips like this, with quite an age spread over several kids, can be a bit tough as what it takes to interest and engage an 11-year-old is quite different from what it takes to interest and engage a 4-year-old. My plan was to seek after quantity, and let quality fall where it may so as to keep fish coming over the side of the boat and maintain the kids’ interest over the 3 1/2 hours these kid-specific trips last for.

We started out looking for topwater action which did not materialize thanks to the heavy chop on the water, but, that kept the traffic light and allowed us to get onto fish without company nearby until right as the fish were winding down their low-light feed.  We had the fish to ourselves for about 40 minutes, during which time we put singles and doubles in the boat on downriggers equipped with 3-armed umbrella rigs; only once did we stop to fish MAL Lures, primarily because in the time it would take to make everyone proficient, we’d miss a lot of opportunity for fish on the downriggers which everyone was already now familiar with.

By the time the low-light feed was over, we’d landed 28 white bass. We gave the white bass time time to ‘rest and digest’ (Amelia really like that term) from their early morning binge by heading up shallow to do some sunfishing with plans to save our final hour to pursue additional white bass out in deeper water. The shallow sunfishing went well.  We landed 40 sunfish (bluegill, greens, and longears).  By around 8:45 AM I was hoping to get back in open water to start hunting white bass again, and, by this time, the kids had landed 30 sunfish.  Amelia asked if she could catch ‘just one more’ about 10 times!  Yep — she’s hooked!  Anyway, we sunfished another 15 minutes and put 10 more fish in the boat for a total of 40 sunfish, then, around 9AM we headed back out for a final hour’s worth of white bass fishing.

We hit two areas, finding fish suspended at 25-27′ deep at the first and finding fish on bottom in 25′ at the second.  In our final hour or so, we landed 3 sets of triples, about as many doubles, and plenty of singles, all in the 0, 1, and 2 year class.  By 10AM, the time we’d all hoped all four kids would be able to make it through, we had 94 fish in the boat.  This time it was dad urging the kids to push on ’til we’d reached 100 fish for the morning. That took all of about 12 minutes as we landed our final triple, four singles, and one double in that span of time.

It’s always nice to be able to “finish strong”, especially with kids on board.

OBSERVATIONS:  ~12 mph chop put would-be surface feeders down this morning, so there was no topwater action where we were.  Sonar lit up and provided ample downrigging opportunities.

Wind Speed & Direction: Light winds under 3mph from the ENE due to counter-clockwise rotation of the atmosphere impacted by Hurricane Laura Sky Condition: Hazy blue skies 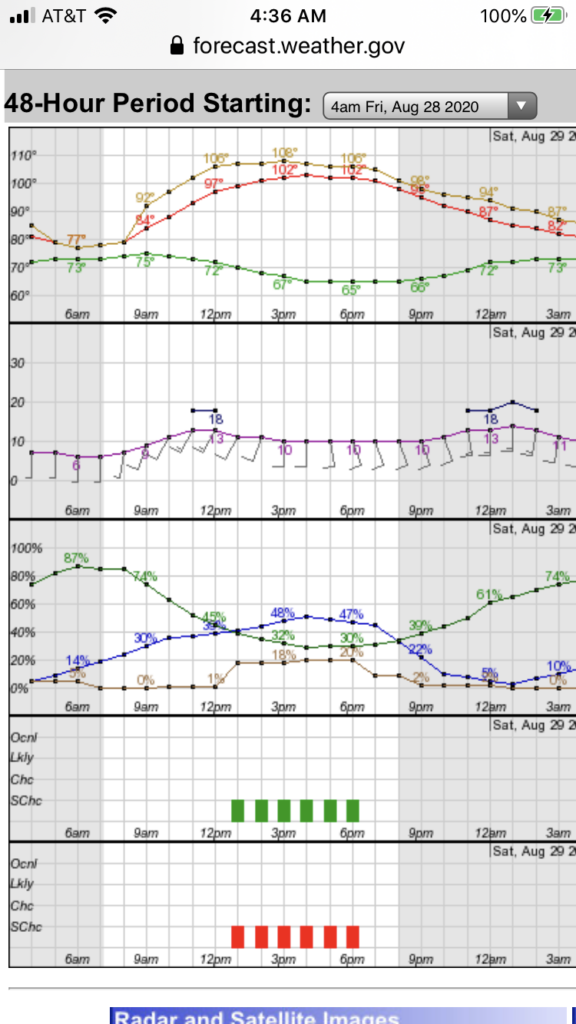 **Area vic 903 – combination of downrigging and working MAL Lures vertically for low-light fish away from the crowd; lasted until ~7:40