WHO I FISHED WITH: This opening day of Spring Break 2019 I fished with Mr. Steve Webb of Harker Heights.  Steve is a multi-species angler who tends to focus on Lake Belton catfish.  His wife and daughter, Bailey, were to join us but fell ill the night before, so, instead of a family outing, I tried to turn this into a “techy” trip for Steve’s sake, focusing on the application of the Garmin LiveScope technology.

Steve, originally a farm kid from Greasy Corner, Arkansas (yep, look it up if you don’t believe me!), took one look at the Garmin and said, “Man, that’s like redneck Atari!”.

We enjoyed comparing notes all morning.  As a result, I’m planning to take a peek at his “Sun Up Sun Down” YouTube channel, primarily focused on fishing Lake Belton. The fish we landed were just icing on the cake this morning. 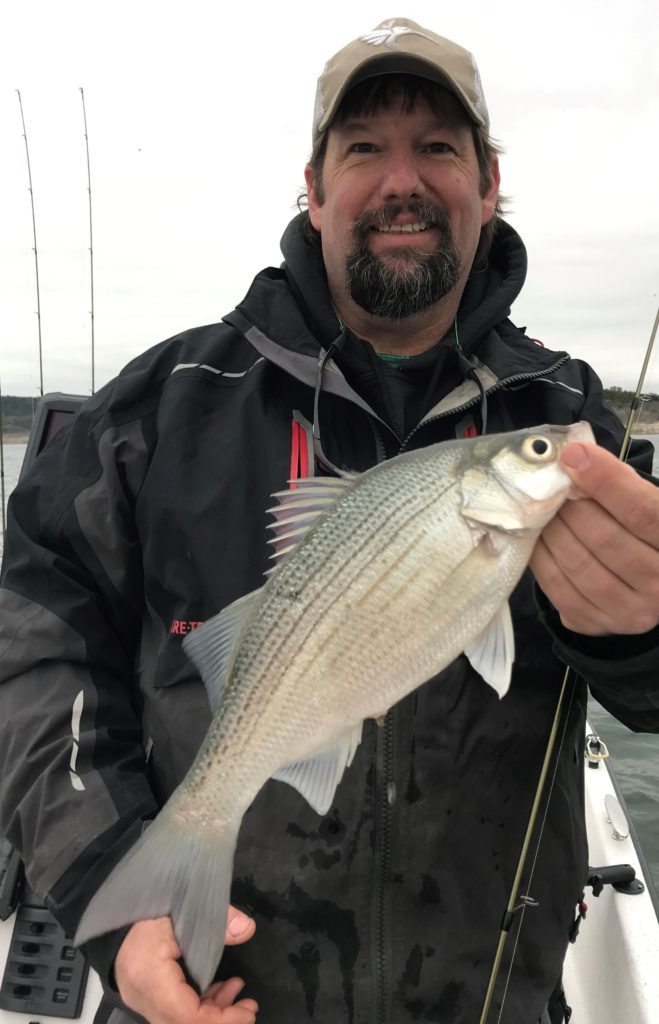 WHEN WE FISHED:  Monday morning, 11 March

HOW WE FISHED:   We spent a good portion of this morning’s trip chasing birds which were working atop fish which were really not in an overly-aggressive feeding mode.  Each place we searched with sonar did indeed hold fish, but they tended to be in small clusters.  When we stopped to fish for them vertically via snap-jigging, we caught what was there, but nearby fish did not “pile on” and come in to the commotion created by our jigging, thumping, and catching.

So it was until around 11:40a when, just as the majority of the birds had ceased to work, we encountered a nice concentration of fish on a breakline adjacent to the Lampasas River channel in about 42 feet of water.  We quickly took our fish count from 29 fish up to 71 fish and then left them biting by 12:30pm. We used a slow smoking tactic for these fish, thus getting Steve his first fish ever caught via this method.

The 3/8 oz., white Hazy Eye Slab with Hazy Eye Stinger attached did the trick for all but 3 of our fish, and those were taken on Cicada bladebaits.

OBSERVATIONS:   Once again, birds were helpful in finding fish, but the fish under them tended to be well-spread and not very aggressive.  The primary fish these gulls were feeding on were stunned sunfish, and there was much more flying and looking by these birds than there was diving and eating. 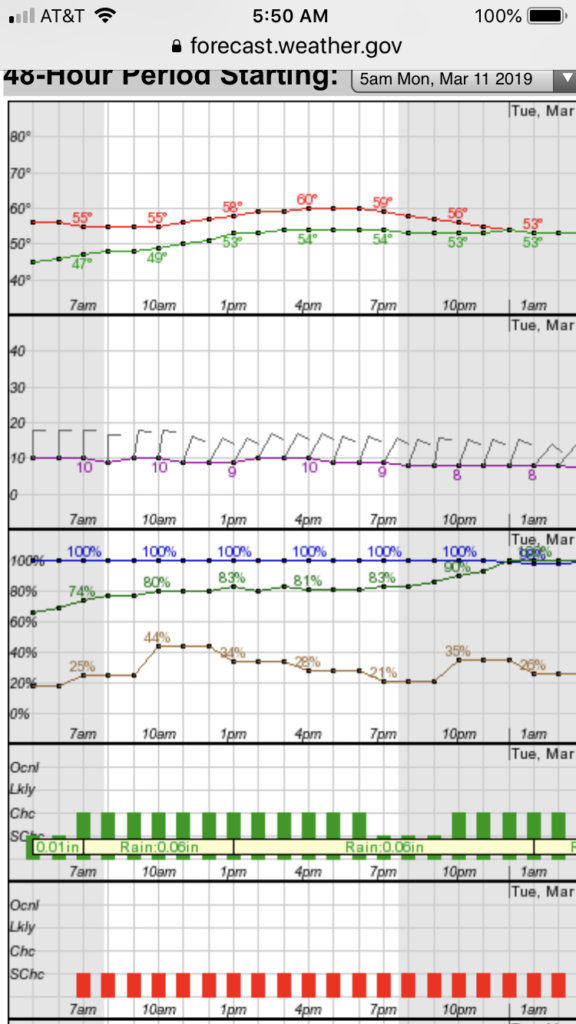