WHO I FISHED WITH: This morning, Monday, November 25th, I fished with father/daughter pair Warren Howard and Kristi Hendrick.  Military duty pulled Kristi’s husband away for the holidays and so her dad flew down from Alaska to make sure she didn’t eat turkey alone.  While he was at it, he thought spending some time in Texas’ well-lit outdoors (they’re only having ~ 3 hours of light each day in Fairbanks, Alaska, right now) and warmth would be a great idea. So, although he is much more accustomed to fishing for grayling in moving water, Warren decided to give Texas white bass a try.

Kristi shared a crazy story that illustrated how austere life can be in Alaska.  Fairbanks is one of Alaska’s 6 largest cities with a population of 31,516 according to the 2018 U.S. Census.  Kristi said that folks in Fairbanks were very excited about soon being able to go to the new Sonic restaurant being built in Wasilla, a short SIX HOUR DRIVE AWAY (yes, that’s one way)! 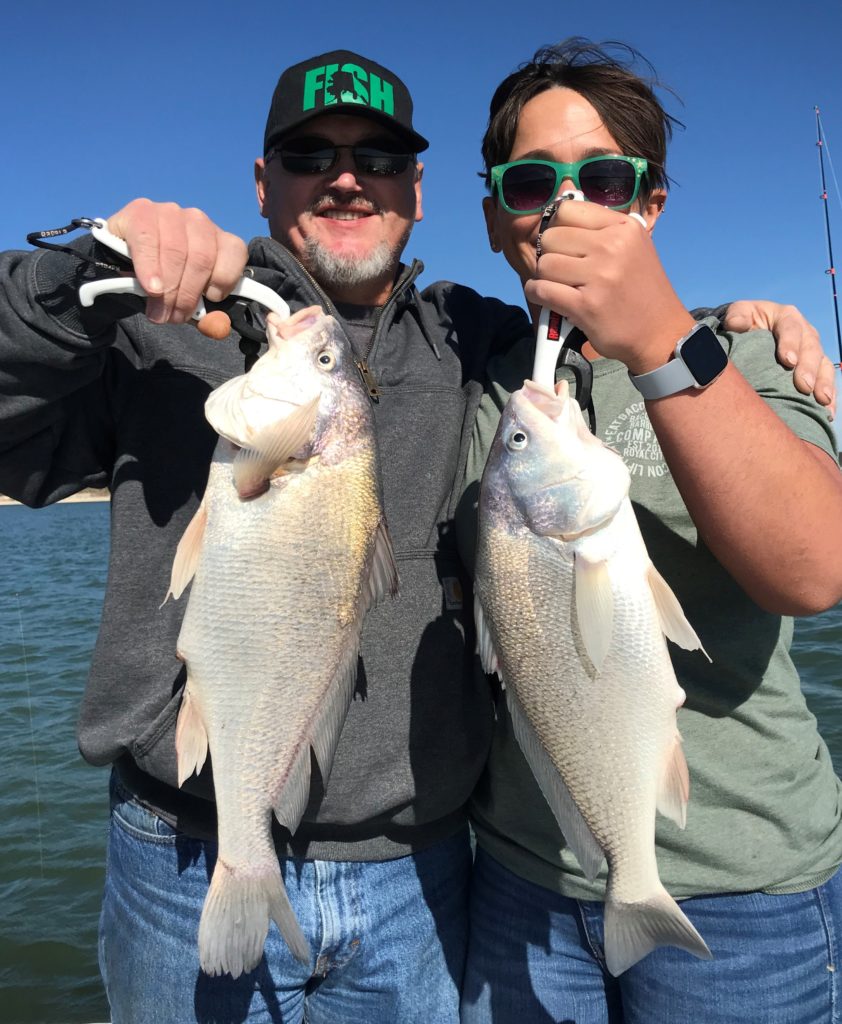 PHOTO CAPTION #1:  Belton’s freshwater drum, a routine bycatch while fishing for white bass, have become fat and sassy with zebra mussels as a new food source.  If you leave a slab holding near bottom very long, the drum will beat the white bass to it! 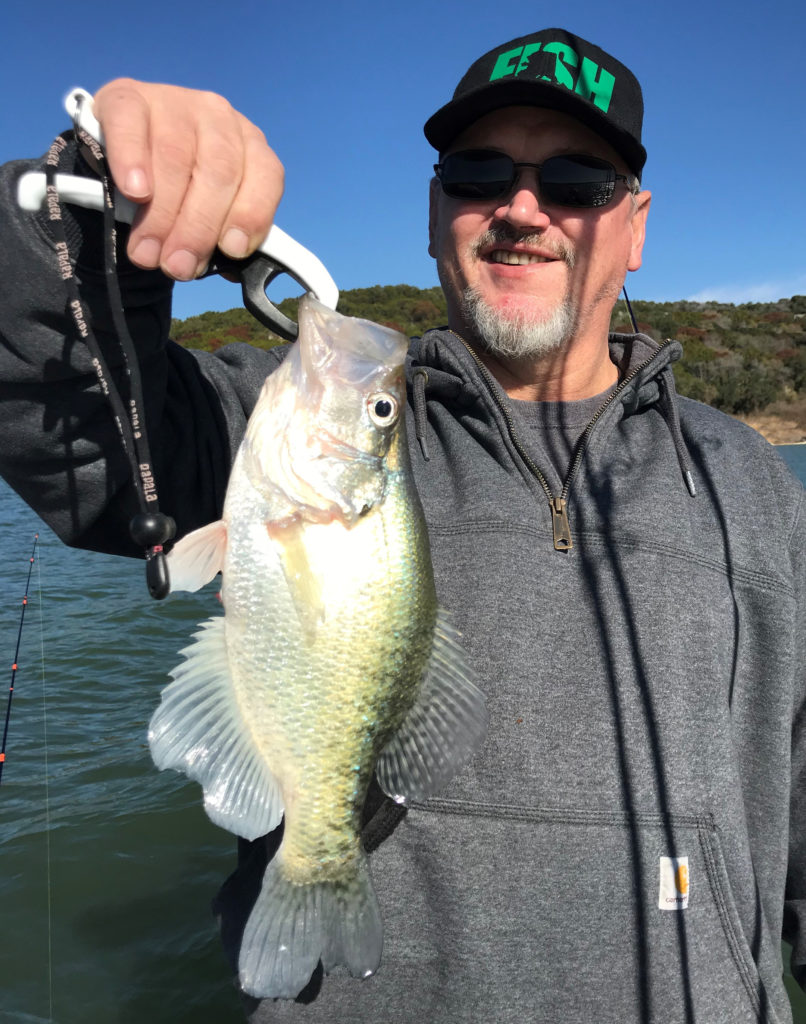 PHOTO CAPTION #2:  Warren landed this beautiful crappie on a slab.  As we vertically jigged for white bass, a small bit of wood cover showed up anchored to bottom as we watch LiveScope.  Out of that wood came this crappie. 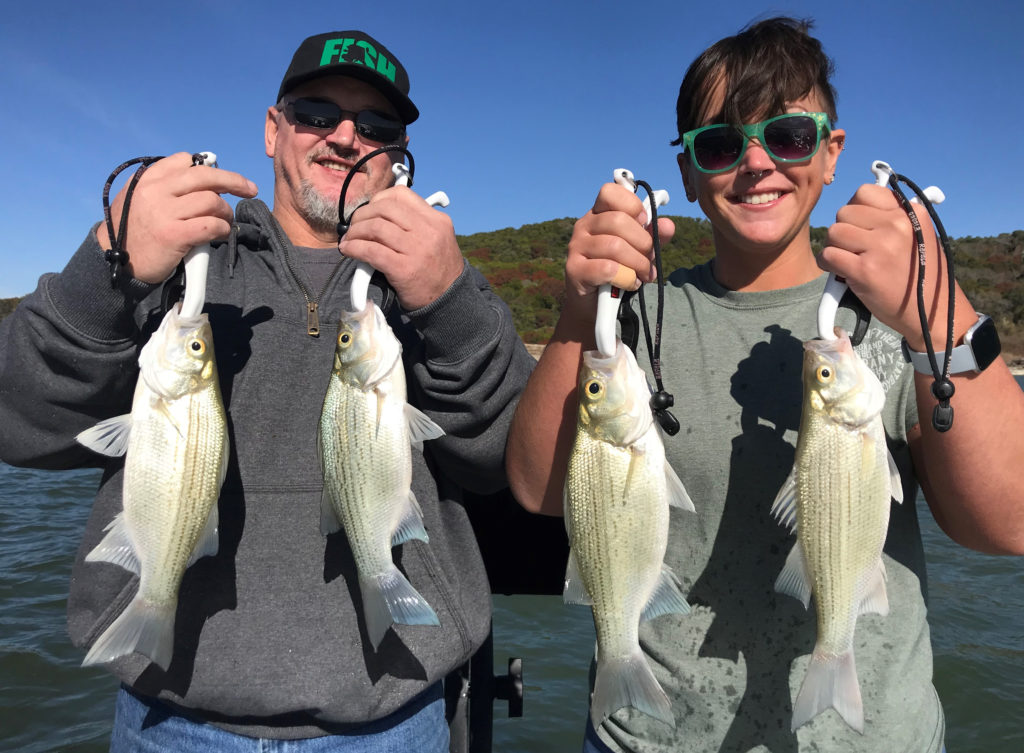 PHOTO CAPTION #3:  And of course Warren and Kristi caught a mess of white bass this morning under very pleasant late-November conditions.  It was down to t-shirts by 11:00am!

HOW WE FISHED:  The fish were a bit more relaxed today, as is often the case in the mild weather lulls between fronts.  We found some birds working, but not aggressively, and not for an extended period of time.  The catching today was a slower, steady take of fish with most of the fish very much bottom-oriented (versus suspended as we found them on Saturday with post-frontal, breezy conditions.

We stuck with the 3/8 oz. slab for all of our work today and used an easing tactic to catch every last one of the 141 fish we boated.  Our catch once again included a bycatch of solid drum (which I know for certain are devouring zebra mussels, as quite a number of the drum we’ve caught have regurgitated them), hybrid stripers, and a single crappie.

We hit 6 areas in 4 hours to put together this catch, hence an average of 40 minutes’ worth of action at each of the locations we fished.  Well adjusted down-imaging sonar was the key to seeing fish which are barely separated from the bottom.  This necessitates a leveled transducer adjusted at slow forward speed and the resulting boat angle.

OBSERVATIONS:  Birds worked less aggressively today and for only about 65 minutes from sunrise. 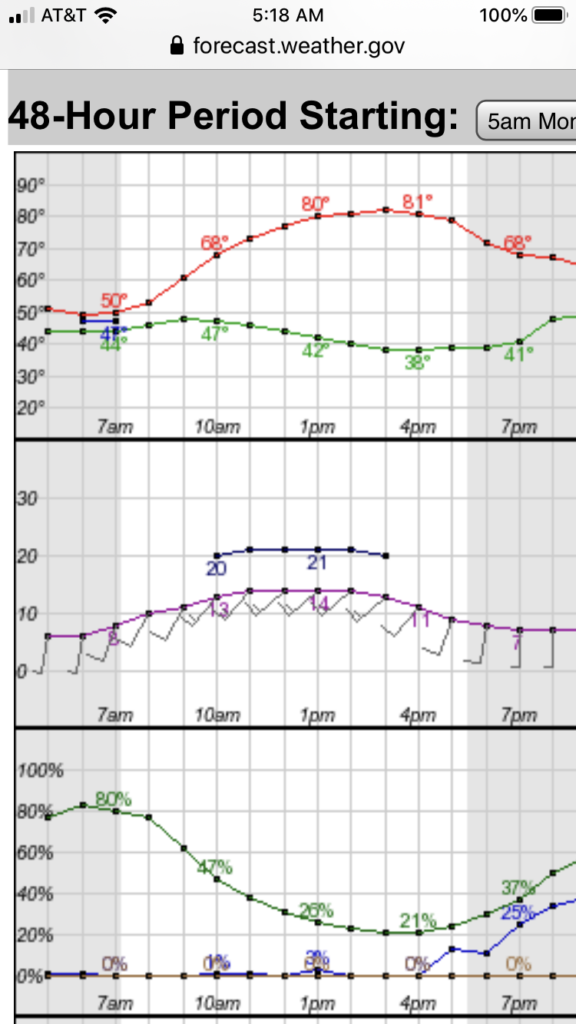