WHO I FISHED WITH: This morning, Saturday, March 27th, I ran a “Kids Fish, Too!” trip focused specifically on making my three “junior anglers” successful.  Helping me accomplish that was Dr. David Clark of Belton.  We worked with his two kids, Jacob (8), and Bella (11), and his niece, McKenzie Killion (12) to use multiple tactics aimed at catching white bass.

In an effort to avoid the pressure and crowding of weekend fishing, I chose to no longer conduct adult trips on weekends during the peak fishing season from mid-March through the Labor Day weekend in September.  We managed to tuck away and find a nice bunch of fish to keep the kids engaged for the 3.5 hour duration my kid-specific trips last for. 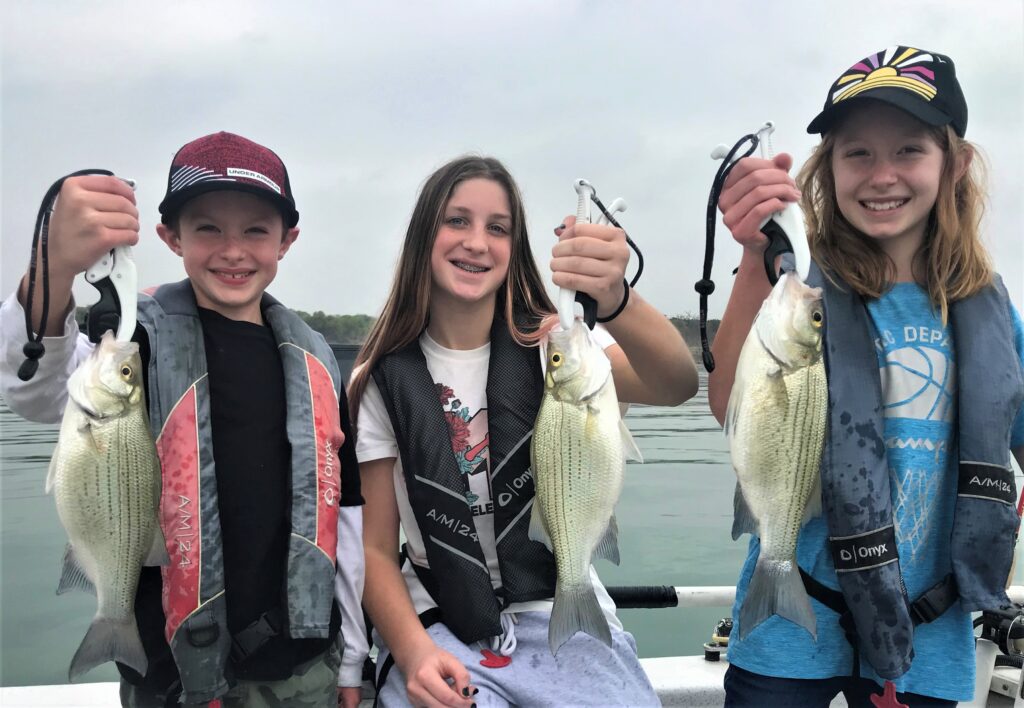 PHOTO CAPTION:   From left: Jacob Clark, McKenzie Killion, and Bella Clark, each with a mature white bass taken on bladebaits under low-light conditions early in our 3.5 hour trip. The kids went on to land 160 fish using MAL Lures and by flatline trolling crankbaits, as well. 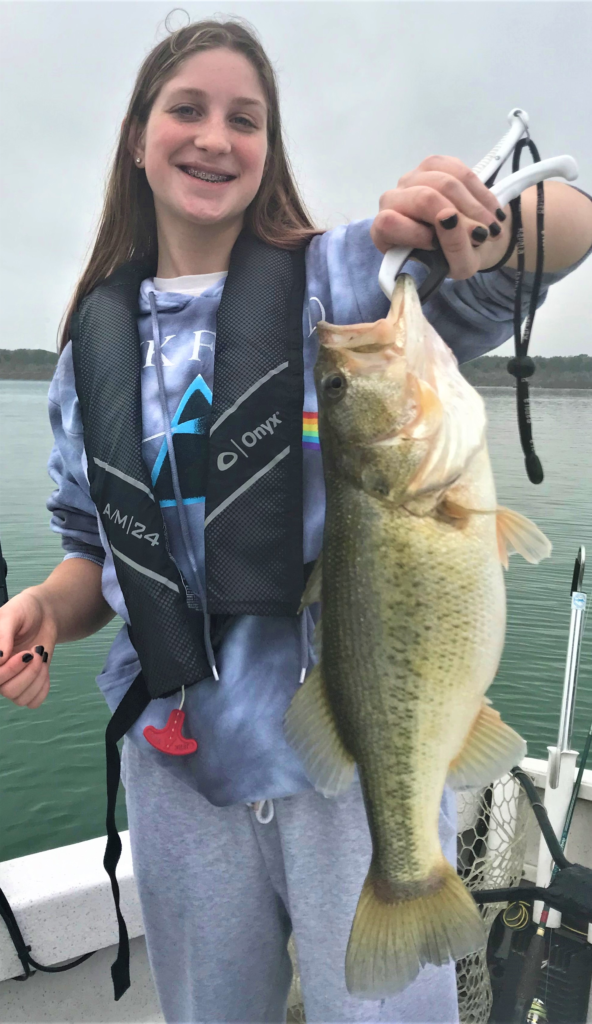 PHOTO CAPTION:  McKenzie Killion landed our single largest fish of the trip — a 3.50 pound largemouth taken from just over 30 feet of water on a chartreuse MAL Lure worked vertically in conjunction with Garmin LiveScope.

After my usual safety talk, gear adjustment and prayer, I brushed the kids up on how to cast with spinning gear, as I suspected the warming water, grey skies, and light winds would allow for us to work bladebaits extensively for aggressive fish in water under 20 feet today.

This suspicion was very quickly confirmed when, on the very first “demo” cast I made at the first area we stopped to check out produced a white bass which I handed off to Jacob to reel in.  That definitely got the kids’ attention and they were chomping at the bit to cast and catch their own fish after that.

We worked bladebaits for a full two hours all the while seeing white bass occasionally pop shad on the surface around the boat, thus letting me know the fish were 1) present, 2) feeding, and 3) mobile — perfect conditions for using the blades.  We left that area around 9:30A as the skies brightened through the cloud cover and the fish moved downward in the water column and outward away from the bank.

The next area we fished was a bit deeper.  We saw only occasional evidence of the presence of fish on the surface, but sonar told a whole different story.  The fish were absolutely racing around in the lower third of the water column as clearly seen on Garmin LiveScope.  With the water at 60F, I brought out the MAL Lures once again (as I did for a short spell on Thursday’s trip on Lake Belton when we fished a “pocket” of warmer water).

The results were nothing short of phenomenal — the kids landed another 101 fish in the time span from 9:30 to 10:25!!   The fish were LITERALLY racing one another to get to the kids’ lures.  We used the chartreuse version of the MAL lure in this instance, and worked them as I describe in my tutorial video found here: https://www.youtube.com/watch?v=jDSvfXgrAUE

By 10:25 the kids were starting to flag on David and I — more snacking than fishing was going on, and there was talk of lunch and hurting wrists.  I suggest we close out the trip by doing a bit of flatline trolling with crankbaits.  This would allow us to continue to pluck the occasional fish while the kids would not have to be as attentive and could talk and snack and enjoy the boat ride and surroundings.

We trolled for another 25 minutes or so, picking up exactly 10 more white bass before calling it a great morning with 160 fish caught and released.

OBSERVATIONS: Stillhouse is about 2 degrees warmer than Lake Belton and the “metabolism trumps all else” factor has definitely kick in on Stillhouse in a big way.  Despite consistent topwater action, there was not much bird activity to match, as many of the gulls and terns have migrated away now.

Wind Speed & Direction: Winds were SE under 5 all morning 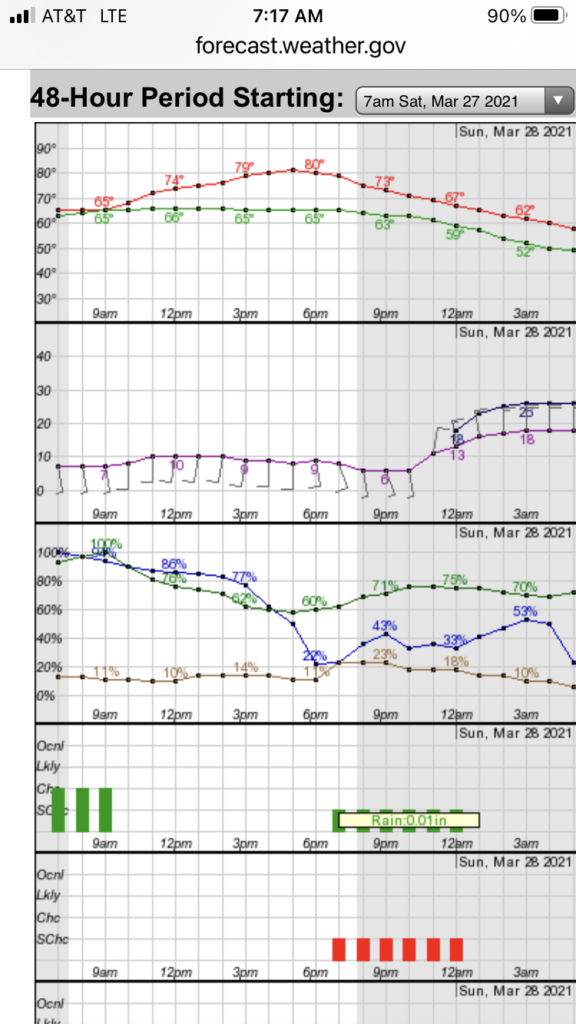