WHO I FISHED WITH:  This past Friday morning, July 29th, I fished with returning guest Doug Streater of Temple, TX.

Doug is part of the executive leadership team at Extraco Bank and has been out with me previously in all season and in all weather.

This morning’s trip was focused on the success of his grandkids, Colby (13) and Camryn (10).  Colby has been out with me before and is a solid fisherman.  This was Camryn’s first time on my boat, and I discovered she was a good listener which makes her a fast learner. 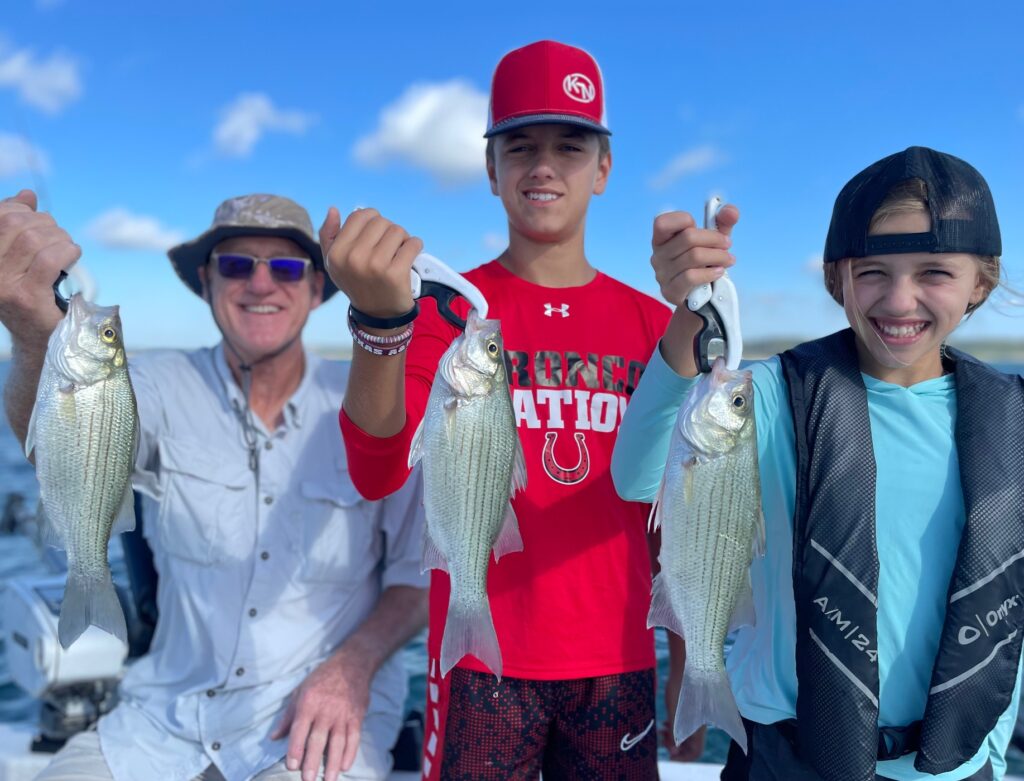 PHOTO CAPTION:  From left: Doug, Colby, and Camryn Streater with a few of the well-proportioned deep water white bass we landed this morning — 102 in all, and each taken on the MAL Dense Lure.

The fish on Stillhouse right now play to my strengths in that they are deep and scattered, making it a must to have excellent sonar and be able to both adjust it on the fly and interpret images from deep water.

Investing the time to slowly, methodically sweep over large tracts of bottom will, with a bit of patience, eventually result in finding concentrations of fish worth setting up on and fishing for.

I’ve also found, as my good friend Clay L. at Respect the Fish, has observed and shared, that a handful of summertime fish on sonar can quickly blow up into a multitude of catchable fish which seemingly materialize out of nowhere.

Such was the way we pieced together this morning’s trip.  We searched with sonar, we found fish, we Spot-Locked atop them, we fished for them as long as they stayed interested, and then we moved on and repeated the process once the bite at a given area went soft.  A few times we found fish which never really did “fire up” for us, but that was the exception, not the rule.

At each location, before moving, I scrutinized my side-imaging screen to see if there were any congregations of fish to my port or starboard.  If they were their, we’d cast horizontally and use the sawtooth method.  Otherwise, “smoking” the lures up off bottom vertically was the default method today.

At no point did we need to use downriggers today as the fish stayed active through nearly 11AM.

The MAL Dense Lure with white body and chartreuse tail was the only lure we used all morning.

Our final tally was 102 fish, including 101 white bass and 1 channel catfish.

A tutorial of the smoking method we used is found here: https://www.youtube.com/watch?v=jDSvfXgrAUE 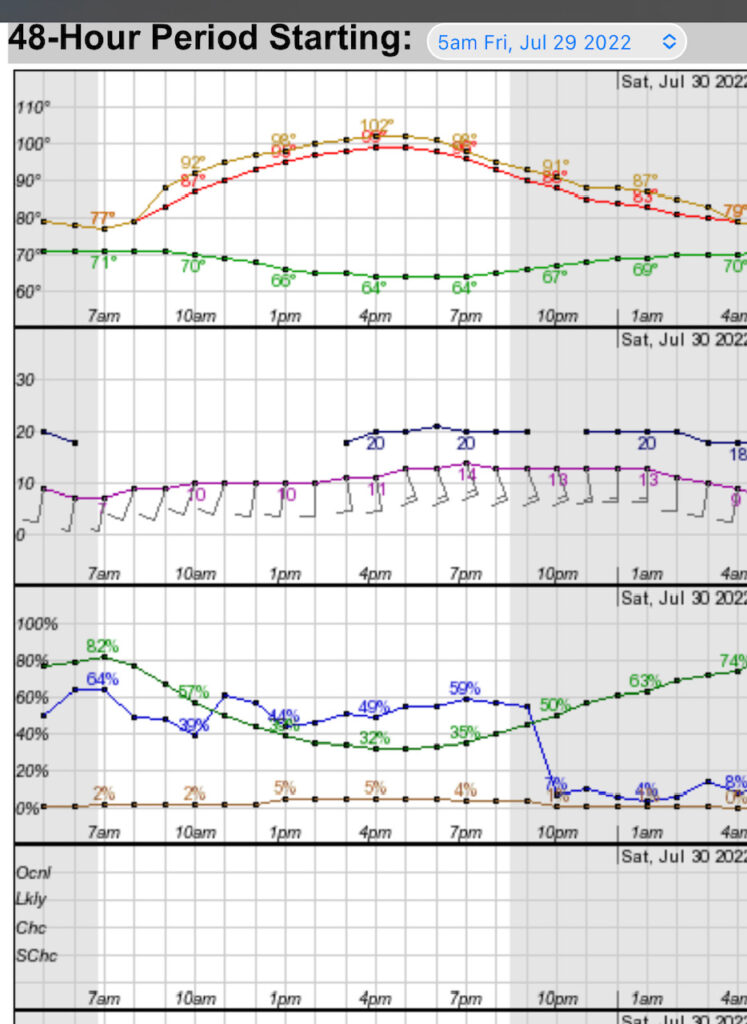