WHO I FISHED WITH:  This morning, Monday, Dec. 26th, I fished with brother Steve and David Weaver. David lives near Florence, TX, and makes his living as a veterinarian.  Steve and his wife drove in from the Gulf side of Florida where he retired recently from a career in law enforcement.

This was my first trip since the great temperature slide brought on by a multi-day arctic blast which hit Central Texas on Dec. 22nd.

I let Steve and David know we had the deck stacked against us with such a rapid cooling of the water over such a short span of time, but, as Steve put it, “It’s still better than waiting in the Talbot’s parking lot,” referring to the alternative of chauffeuring his wife around to post-Christmas sales. 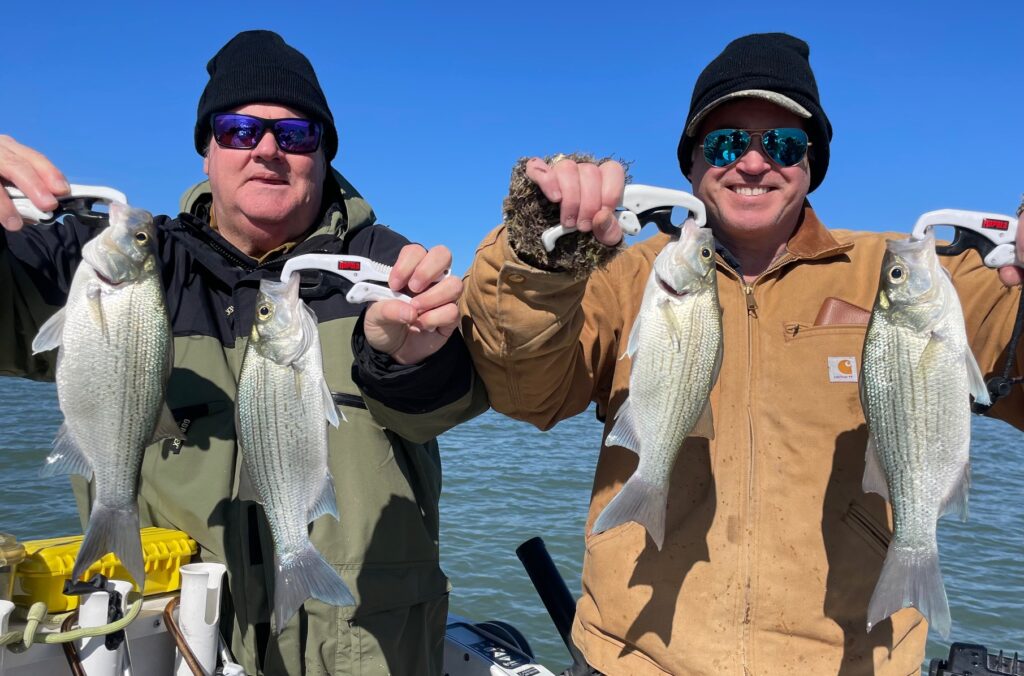 A few of the adjustments I’ve learned to make over the years when the bite gets tough due to rapidly falling water temperature including downsizing my baits and making use of snap-jigging, if necessary.  Fortunately, the water temperature is still above 50F, so, I did drop down to 3/8 oz. Bladed Hazy Eye Slabs, but we were still able to catch fish by slowly “smoking” these baits steadily upwards off bottom in conjunction with Garmin LiveScope.

Things were pretty tough until the wind kicked in around 10:10A.  When the breeze finally materialized, it ramped up to WNW12 right away.  The fish responded within about 12-15 minutes of the start of the wind.

We encountered both bottom-oriented and suspended fish at just about every location we fish, and, generally speaking, we caught more fish when we focused on presenting the slabs very precisely to those suspended fish.  They were simply more aggressive and willing to follow further and overtake the rising slabs.

Our final area fished was the most productive and came after we’d had the longest period of wind moving the water.

We kept on fishing this area until we hit the 60 fish mark so I knew we’d at least landed a legal limit of white bass (50 fish over 10″) even though it meant staying out a bit longer than usual.  As long as the fish stayed active, I felt we had a chance, and, since the fish started late thanks to the late-developing wind, we had fish continuing to flare up with aggression past 12:30P.

OBSERVATIONS: 1) After 21 consecutive trips being aided by gulls in finding fish, this morning there was no helpful bird activity.  2) On 21 Dec. the temperature profile to 55′ was a constant 58.2F.  Here is what the pre-dawn temperature profile looked like following the recent chill:

Wind Speed & Direction:  just rippling from WNW until 10:10A, then quickly picking up to 12mph 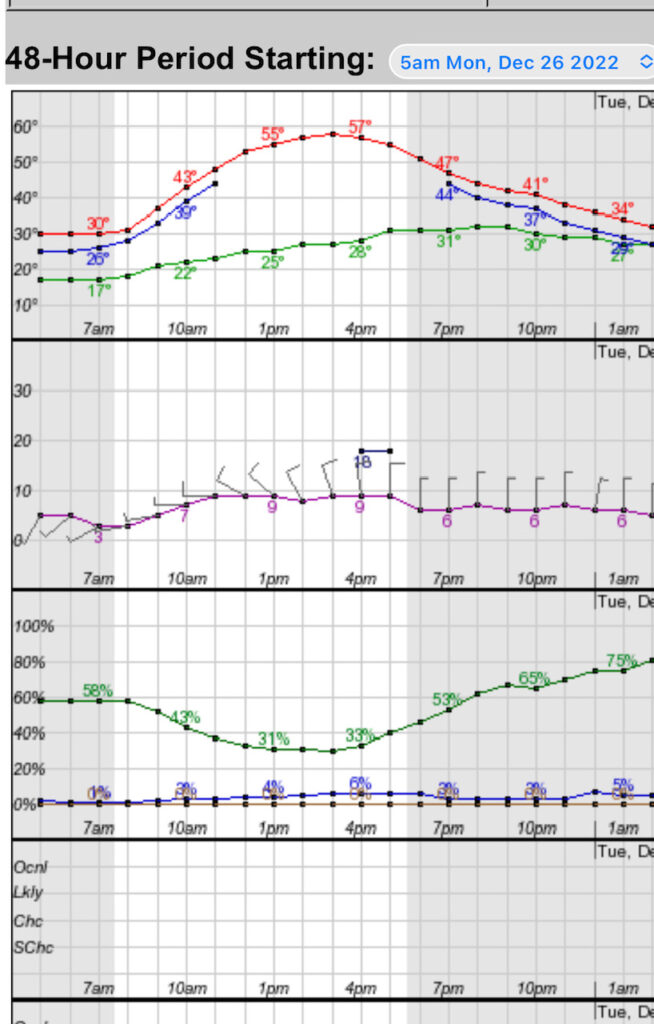