WHO I FISHED WITH:     This morning, Wednesday, September 4th, I fished with the Cruz family of Fort Hood.  Joining me were Dakottah (16), Makenzie (13), Makayla (11), and Gavin (7).  Their dad, U.S. Army Staff Sergeant Jose Cruz has been away at a 10-week drill sergeant training course at Fort Jackson, South Carolina.  After a brief stop back at Fort Hood, the family will be facing a move to San Antonio where SSG Cruz has been assigned as a drill instructor at the Advanced Individual Training (AIT) course there.  SSG Cruz has served in the military as a medic for 13 years.  The kids’ mom, Katy, knew of the S.K.I.F.F. program and set this up for the kids shortly after the start of public school since she home-schools her children and my calendar is much more open at this time of year. 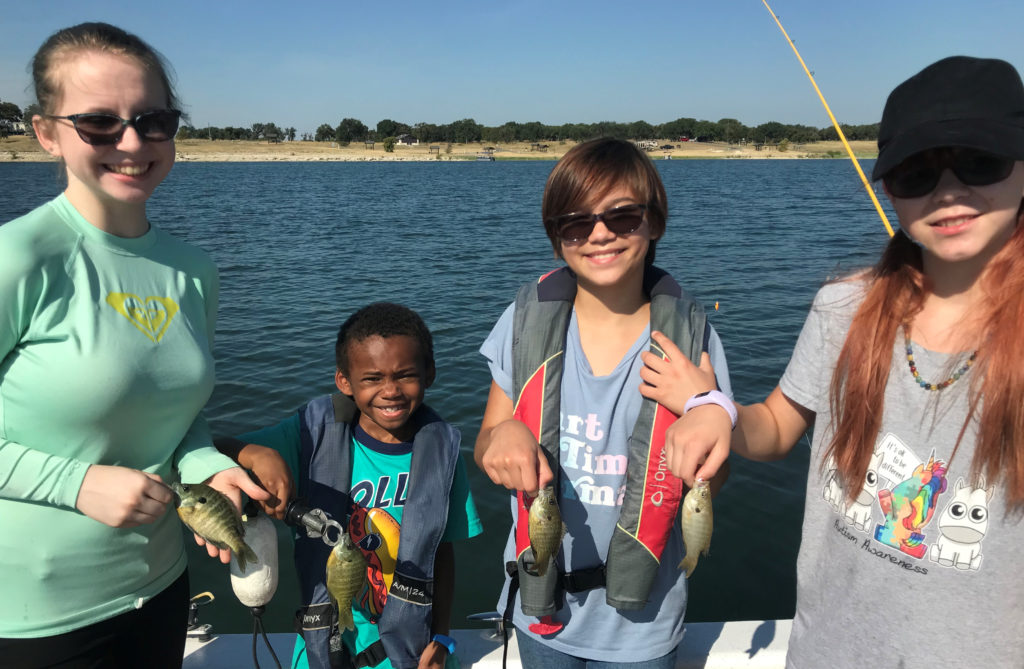 PHOTO CAPTION:    From left, Dakottah, Gavin, Makayla, and Makenzie Cruz, each with a sampling of the sunfish we focused on on this third consecutive day of bright, dry, hot, cloudless weather accompanied by little or no wind.

WHAT WE FISHED FOR:  Sunfish and white bass

HOW WE FISHED: It was hard to get excited about the prospect of fishing for white bass today.  After a 3-day run of briliiant sunshine, near-calm winds, and a northeast breeze when the wind did blow lightly, the white bass have really locked down.  With 4 kids spread over a 9 year span, it was going to be difficult to keep everyone engaged with the long waits between fish that I was seeing in the cards were we to pursue white bass, so, I opted to focus on sunfish this morning and treat the whites as icing on the cake toward the end of the trip.

This turned out well.  We visited 3 distinct areas in pursuit of sunfish and landed exactly 81 fish using live bait and slip floats up in shallow water, including bluegill, green, longear, and redear sunfish, as well as a few largemouth bass.

Based on observations yesterday morning, I timed our efforts at closing the trip out by downrigging to take place from 9:40 to 10:15 am, which was the short ‘window’ of time I observed white bass feeding briefly and somewhat sporadically over deep, open water at that time.  This also turned out well, as it allowed each of the kids to take one turn on the downrigging equipment, accounting for a half-dozen white bass.  By the time the last of the kids brought their white bass in, young Gavin was just about done, and we called it a good morning right at the 3.5 hour mark with exactly 87 fish landed for our efforts.

Wind Speed & Direction:  Calm the entire trip, with an occasional NE ripple that would immediately dissipate

Sky Conditions: 20% clouds forming after 10 AM 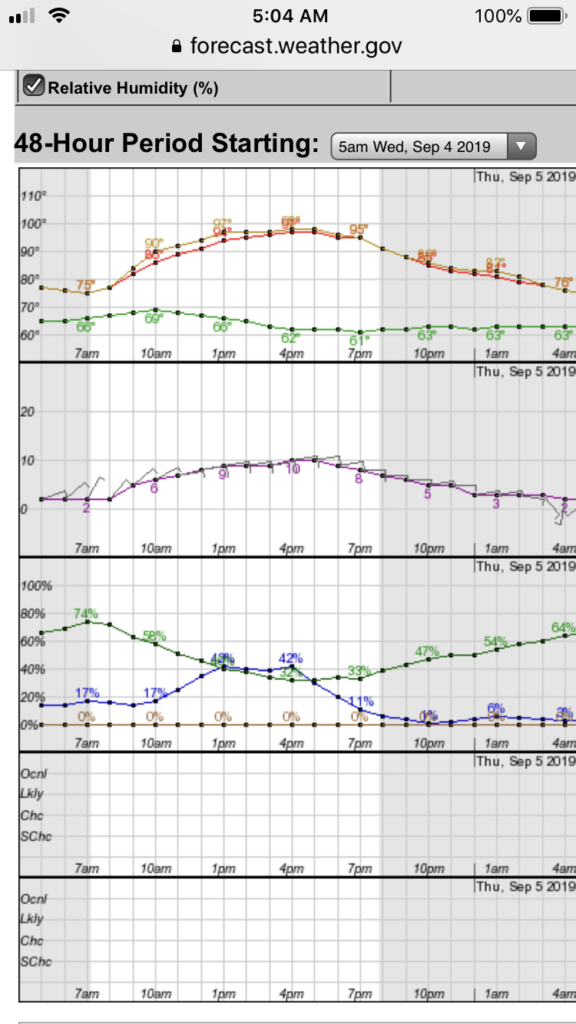