WHO I FISHED WITH:  This morning, Wednesday, December 4th, I fished with returning guests David Vahrenkamp and Jerry Worley, as well as first-time guest Charles Vahrenkamp, David’s father.

Jerry owns the Jerry Worley Insurance Agency in Harker Heights, David works at Bates Nissan in Killeen, and Charles is a long-time employee in the Austin tech industry (long-time, as in since the mid-70’s). 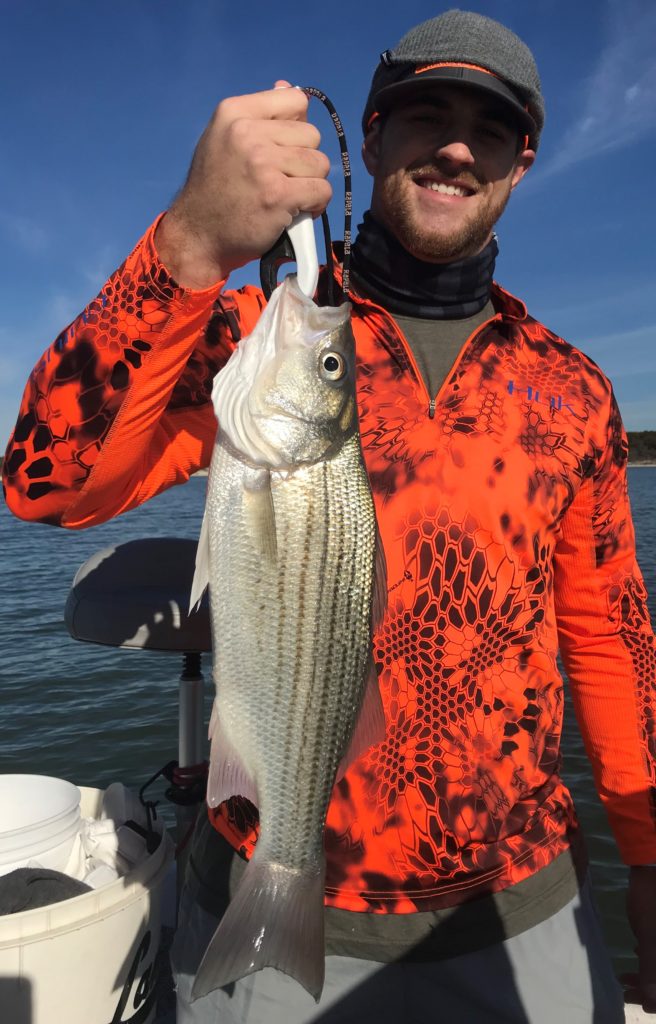 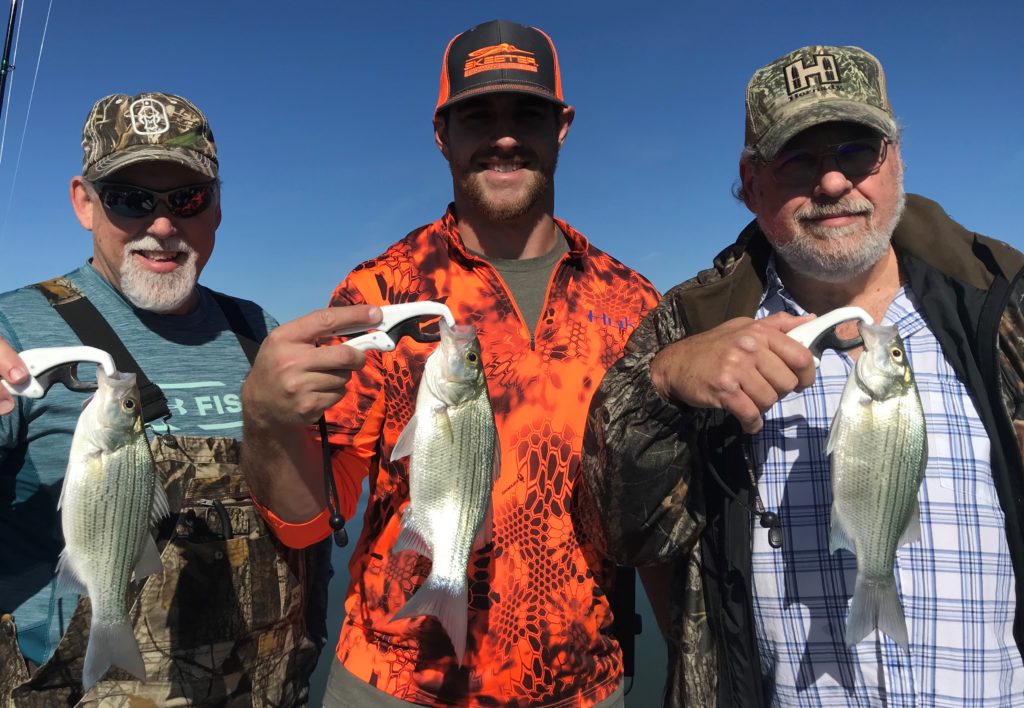 PHOTO CAPTION #2: … and quantity this morning.

HOW WE FISHED:   David and Jerry have fished with me twice previously this autumn as the white bass bite has gone into overdrive, capitalizing on the high numbers of smaller fish available at this time of year.  On this third outing, I thought we’d try to mix it up a little and add some quality to the quantity by trying a little live bait.  Ever since the (somewhat) reliable bird activity has been occurring in the mornings, I’ve noticed suspended hybrid stripers chasing shad in the middle of the water column very actively while the white bass tend to stick to bottom.  As a hedge against tough fishing (which I anticipated due to light north winds which were forecast, but which actually blew quite adequately until around 10:15), I went out early and netted threadfin shad.

We fished live shad from sunrise until 9:50 and caught exactly 41 fish, the majority of which were hybrid striped bass, but only 3 of which were in excess of 18″ (the legal length for that species for those who keep fish).  We also landed large white bass, largemouth bass, drum, and blue catfish.

As the morning moved on, the interest in shad grew less and less despite an abundance of both bait and fish in the area.

At this point we re-tooled with spinning gear and closed out our trip fishing with artificial offerings for smaller, but more abundant, white bass.  In the final 70 minutes of the trip we landed another 95 fish, including mainly small white bass, a few short hybrid, a few keeper white bass, a few largemouth, and a few drum.

During this time when we were “whacking and stacking” (thanks for that awesome fishing term, Steve Webb!) on slabs, I put out three baited lines on the backside of the boat.  One had an 8″ gizzard shad, one had a 6″ gizzard shad, and one had average threadfin of about 3″ in length.   Now catch this:  during the 70 minute span in which we landed 95 fish on artificials, we got exactly 4 pulldowns on the live bait, resulting in 1 white bass and 1 drum being landed.  For whatever reason, the fish nearly completely ignored the live bait while tripping over themselves to get to the artificials.

As with previous adventures with David and Jerry, new phrases were coined again today.  A pair of terms — synonyms — were crafted by these fellow:  quadra-fecta and four-fecta.  The definition of these terms is the same:   a situation in which four anglers hook up on four fish simulanteously, all resulting in landed fish.  We enjoyed at least three such scenarios on the water today.

The go-to bait was the 3/8 oz. Hazy Eye Slab equipped with Stinger Hook, and we fished in 30-38 feet of water, primarily led to fish by bird activity, although we found the fish remained biting well after the birds moved on to more surface-oriented gamefish and baitfish.

OBSERVATIONS:  Birds worked continuously from sunrise through ~10:15am. 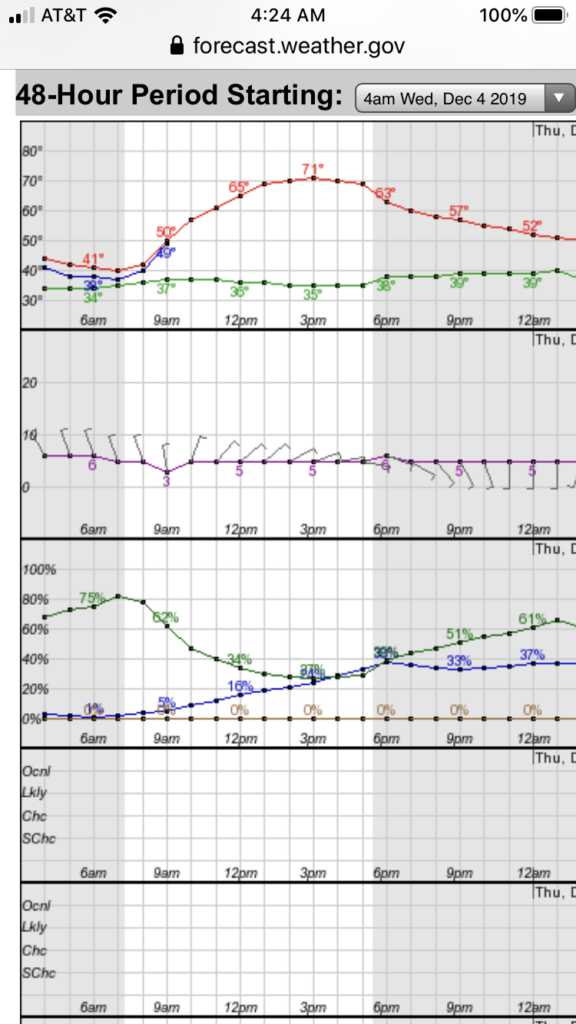