WHO I FISHED WITH:  This morning, Friday, Dec. 6th, I fished with JR and Patty Bray from near Marble Falls, TX.  JR does periodically required maintenance work on nuclear power plants.  This line of work has him working intensively for several weeks at a time, then having several weeks of downtime before moving on to the next job.  Fishing and RV camping account for a good bit of that downtime.

JR has his own 14-foot boat which he heavily modified and fabricated components for.  He runs Lowrance sonar with a Motorguide Xi-5 GPS style trolling motor.  Some time ago he came out with me for one of my sonar training sessions with that setup.  Today, he lots of questions for me about the Humminbird, Lowrance, and Garmin unit we used to find and catch fish. 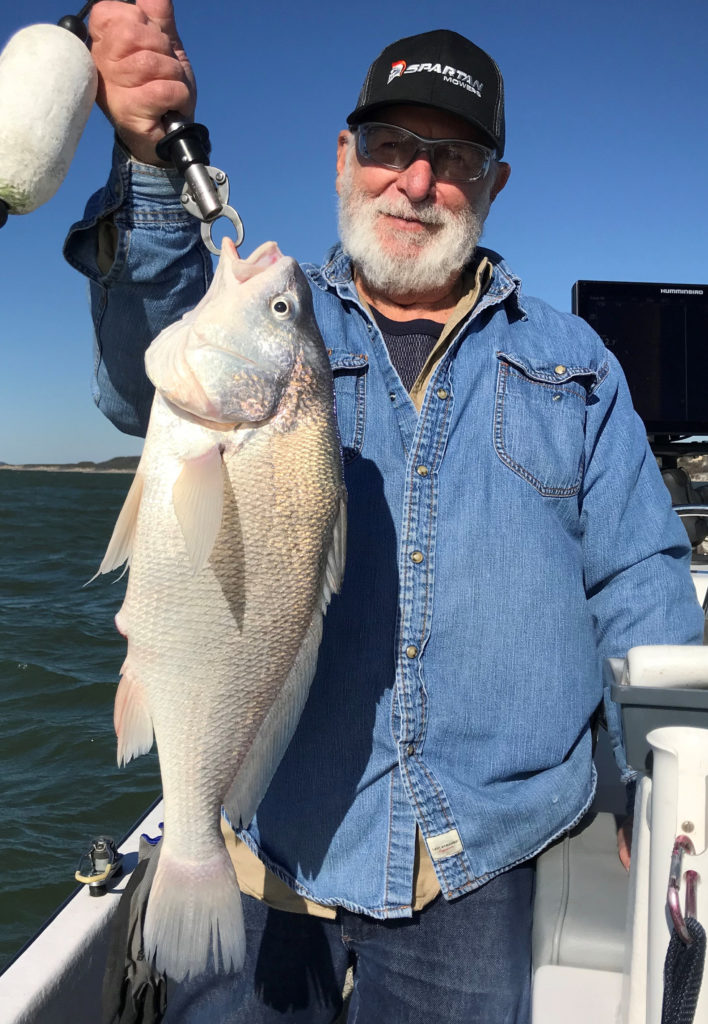 PHOTO CAPTION #1:  Belton’s freshwater drum, a relative of the redfish, black drum, and Atlantic croaker, have grown fat and plentiful thanks to the zebra mussel infestation.  This bad boy went 5.00 pounds on a certified scale. 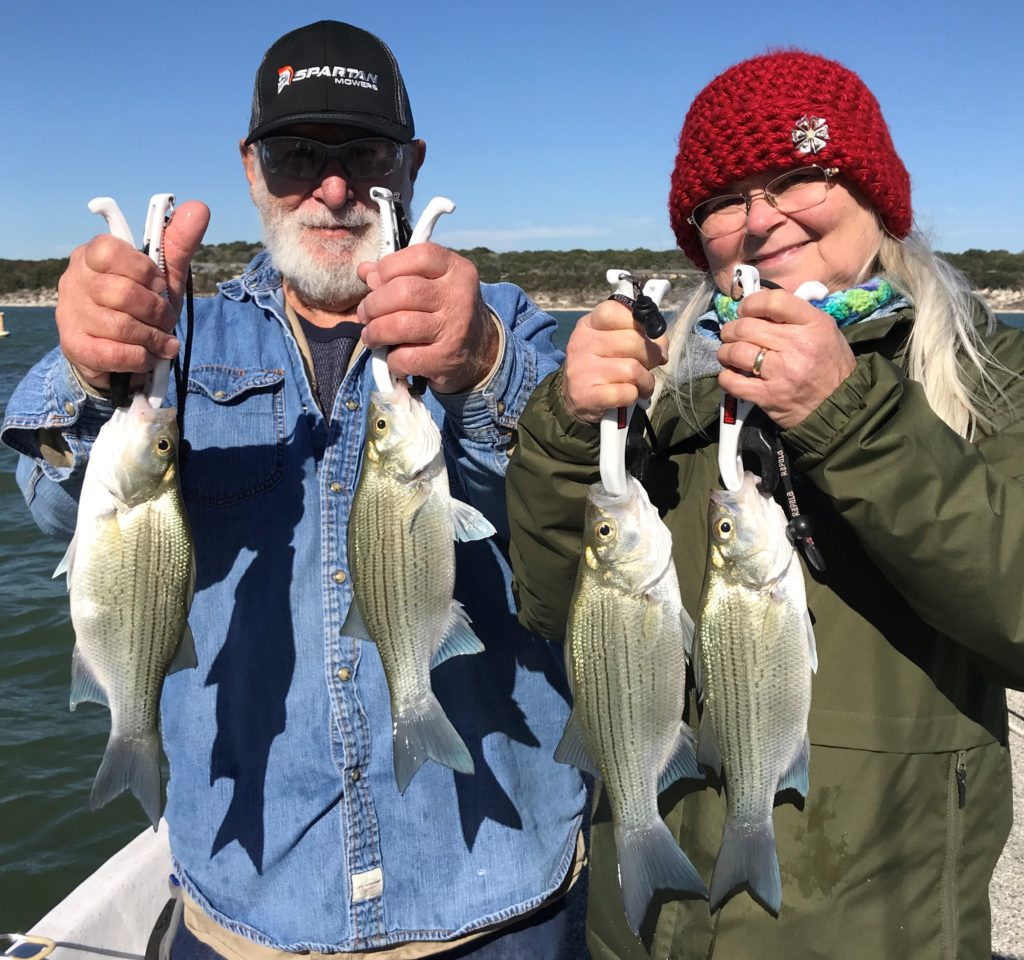 PHOTO CAPTION #2:  White bass were the staple of our catch today with this year’s crop making up much of the catch, with a few 2018 fish like these sprinkled in.  We also landed hybrid stripers, drum, and largemouth bass.

HOW WE FISHED:   Thanks to an incoming coldfront, dry NW winds spurred on fish and bird activity this morning.  Shortly after sunrise, birds began working over baitfish pushed toward the surface by aggressive gamefish below, consisting mainly of hybrid striped bass and white bass.  We did not necessarily have to be right under the birds to get bit, rather, we let the birds be a guide to the general location of fish, and then let side-imaging seal the deal by revealing where high numbers of fish were congregated.  Once we Spot-Locked on fish, we stayed for a while working both the aggressive fish up in the water column, as well as the less aggressive fish down on bottom.  We enjoyed action with bird-assistance through 9:20 when the birds began (I suspect) have a tough time feeding due to the strong wave action as the wind velocity increased.  Smaller boats left the scene around this time!!

We moved on depending now solely on sonar to find our fish while keeping an eye peeled for follow-on bird action.  We did get a glimpse of a handful of birds attempting to feed in open water about the time the fish we’d found on sonar were tapering off, so, we moved on out slowly through the sizeable waves and found what we were after.

We used a slow smoking tactic on occasion to tempt the active fish in the water column with larger, 3/4 oz. slabs.  When the fishing got tougher, we slowed down and downsized our baits to 3/8 oz. slabs worked closer to bottom with an easing tactic.

We used white Hazy Eye Slabs with stinger attached.  JR was so impressed with the performance of the baits that he bought a half dozen of both sizes on the spot!

The fishing tapered out between 10:45 and 11:00 just as it did under similar conditions on Wednesday.  By this time we’d landed exactly 107 fish.

OBSERVATIONS:  Birds worked continuously from sunrise through 9:20AM, then quit, I suspect, because the wind was churning the water so much they had difficulty seeing/plucking food.  I base this on the facts that 1) birds continued to patrol, 2) that sonar stayed lit up with bait and gamefish, and 3) that we continued to catch fish well up until around 10:40 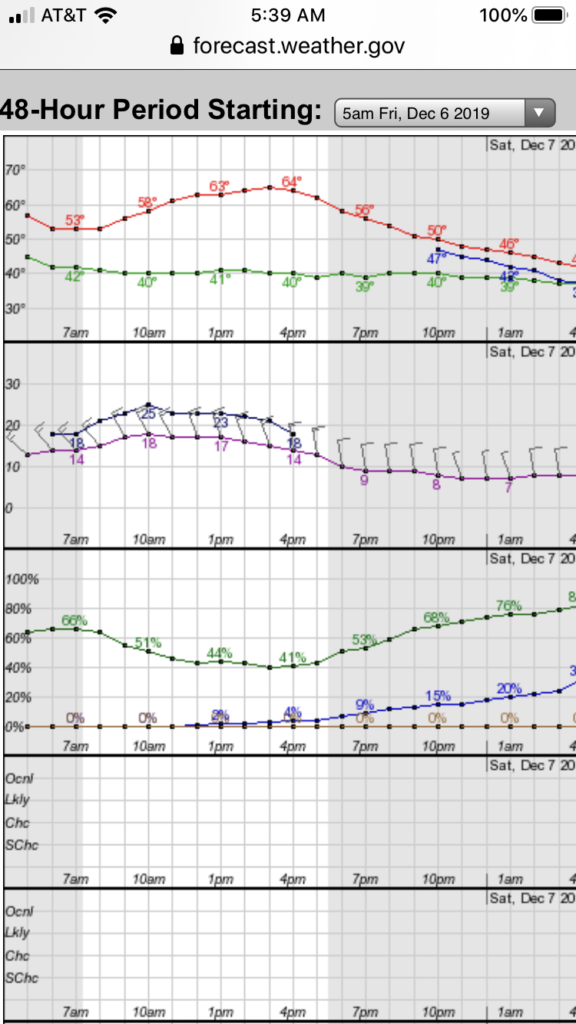