WHO I FISHED WITH: This morning, December 27th, 2019, I fished with Jerimy Fox of Wyoming.  He and his wife are now retired (she from the U.S. Air Force, and he from teaching high school science) and, with the flexibility to escape winter’s wind and cold, chose to do just that by setting up camp, along with their 3 horses, at the Parrie Haynes Equestrian Center here in Central Texas (I believe Jerimy calls this a horse-hotel).  They’ll spend the next few months there awaiting the spring thaw, thus avoiding high winds, extended bouts of sub-zero temperatures, snow drifts of over 7-feet, and the incessant snow-plowing that goes along with that. 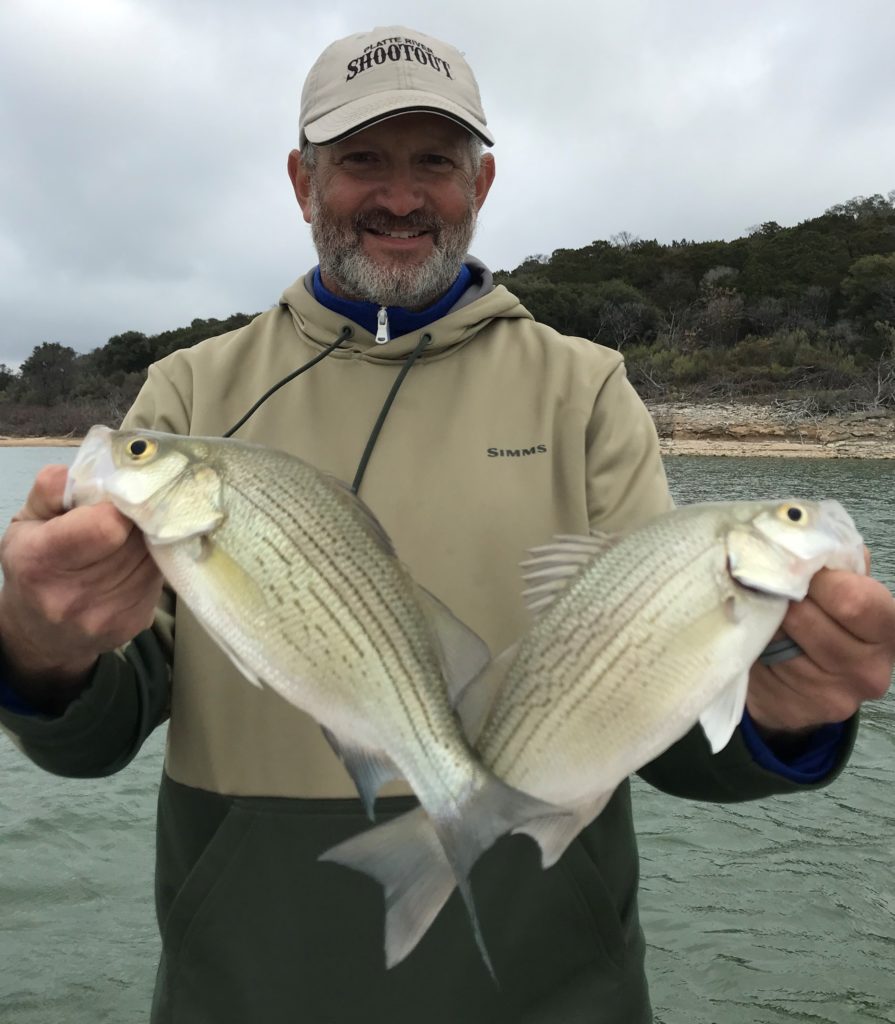 HOW WE FISHED:   About a week ago Jerimy phoned me, let me know he’d be in the area for about 4 months and that his schedule was flexible, so, if I saw some ideal conditions develop, I could just give him a call and he’d be ready to go.  After putting together a string of five consecutive 100+ fish days, and after seeing the forecast for today, I was confident I could put Jerimy on 100 fish, and so I called him and let him know that.

We fished today and we did, indeed, catch exactly 100 fish.  However, we had to put in more effort than I anticipated, and I stayed a bit longer than usual to make it happen.  As often happens the weather that was forecast was not the weather we actually experienced.  The first two hours of the trip were bright and calm without the fog of the past several days and without the wind that I was really counting on blowing early on.

We vertical jigged for all the deep fish we found today and, after learning a lesson from yesterday about spooking shallow fish, we did a bit of successful horizontal casting with bladebaits, as well.

Toward the end of the trip, even as conditions were improving (grey cloud cover with wind), the bite remained tough.  For the first time this season I gave snap-jigging a try after the fish refused to get excited about the easing tactic we were otherwise relying upon.  When fish showed tight to bottom on sonar after we caught a few via easing, a good mop-up tactic for the few catchable fish remaining was the snap-jigging.  This also seemed to add more “bonus” drum and largemouth to the tally.

OBSERVATIONS:  No bird activity this morning.  I found fish as shallow as 8′ deep in the 55.3F water.

Sky Conditions: Sun obscured all morning by fog through around 9:30A, then slowly clearing to mostly cloudy with white cloud cover, followed by heavier coverage of grey clouds 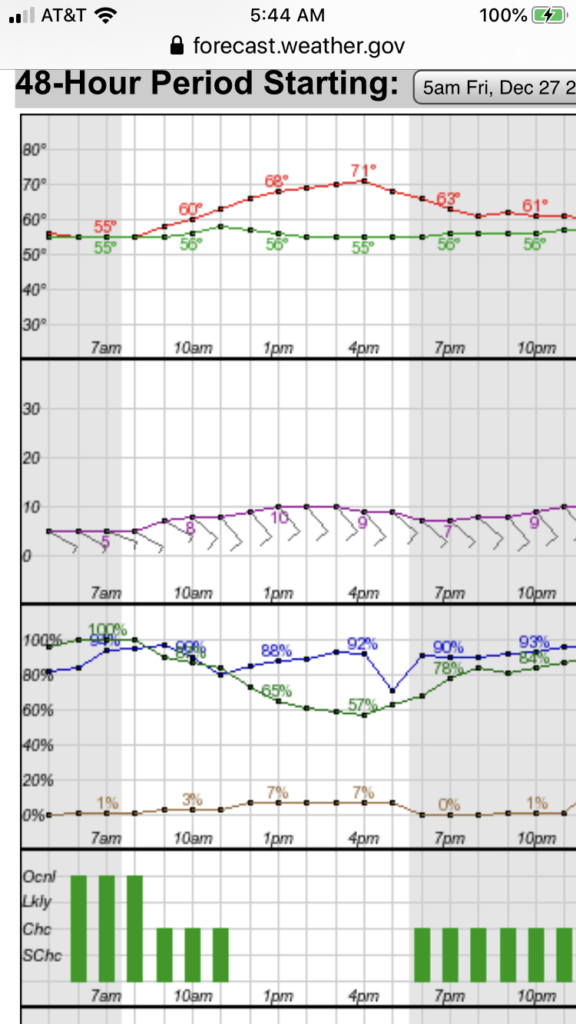