WHO I FISHED WITH: This past Tuesday morning, April 20th, I fished with first-time guest Frank Fajkus of Killeen.

Frank was originally due to attend with his life-long fishing buddy, Mike Barkley, but, Mike fell ill with COVID just a few days earlier and had to bow out.

Frank knew enough about the fishery to understand that rescheduling at my next open date in June mid-June would be well after the peak spring bite which accompanies the warming of the water and goes up until the thermocline develops in early June.  So, he stuck with this date and attended solo. 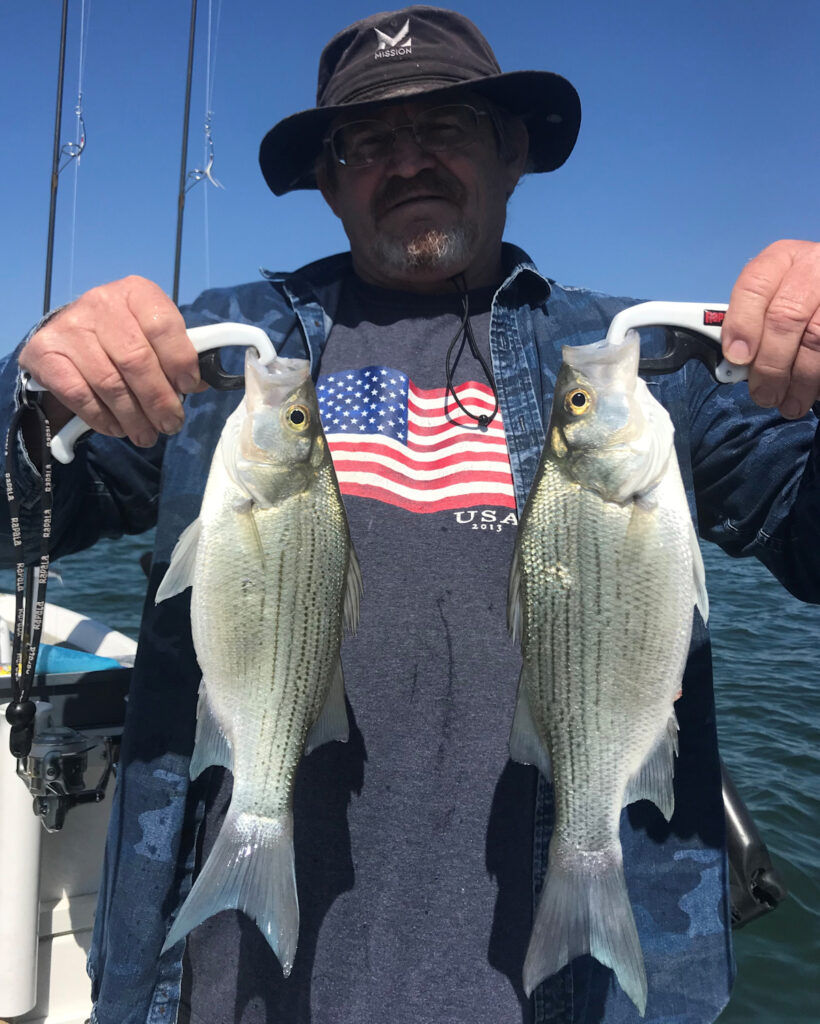 PHOTO CAPTION: Post-spawn white bass are quickly filtering back down the tributaries on their way to back to the deeper waters of the Leon River, Cowhouse Creek, and the main basin of Lake Belton.  Frank Fajkus cashed in on that spring migration today.

Fishing was very straightforward this morning.  We enjoyed mild, pre-frontal conditions with a SW wind in advance of a dry cold front which would arrive around 2P that afternoon.

Fish were aggressive and on patrol, as evidenced by their posture holding up off bottom, thus making them quite easy to spot on well-tuned side-imaging.  Once fish were found, we used the i-Pilot Link technology to precisely position on the fish, then got our MAL Lures down to them and let them work their magic.

With the water temperature in the low 60’s (despite a bit of a drop over the weekend), a faster retrieve with the MAL Lure was suitable today during the peak of the feed.  We had to throttle back on the retrieve during the start of the trip and at the end of the trip as the fish were just ramping up, then as they started ramping back down.

Although I brought one other set of rods in case we encountered some early morning topwater action, the only rods we touched this morning were those with the MAL Lures tied on.

We found fish in 30 to 43 feet of water this morning, and fished 5 areas to put together our catch of 133 fish.

OBSERVATIONS: No widespread shad spawning observed yet – just dribs and drabs here and there.  The number of white herons and egrets is beginning to increase and they are visibly patrolling long stretches of shoreline at first light looking for spawning shad. 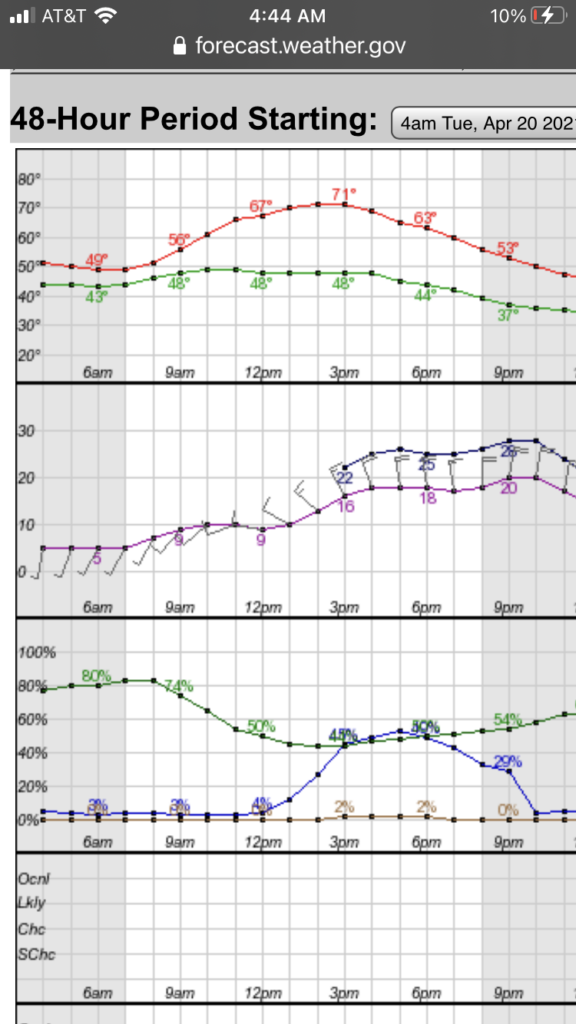