WHO I FISHED WITH:   This morning’s “trip coordinator” was Jack Oliver, one of the four sons of Billy Joe Oliver, who joined me for his 91st birthday fishing trip last Thursday.

Joining Jack were two other fellows in the same electrical contracting line of work, Lance Gray and Matt Matula, as well as another friend of Jack’s, Mark Kay, who has retired from the natural gas business.

I shared with the fellows that as I considered all the factors in play this morning — a good wind velocity with a southerly component, grey cloud cover, a slight elevation rise due to Friday’s rains, overnight temperatures warmer than the water temperature, a solid week of white bass fishing last week, and experienced anglers joining me this morning — I was very, very encouraged about the prospects for this morning’s results.  A perfect storm was brewing. 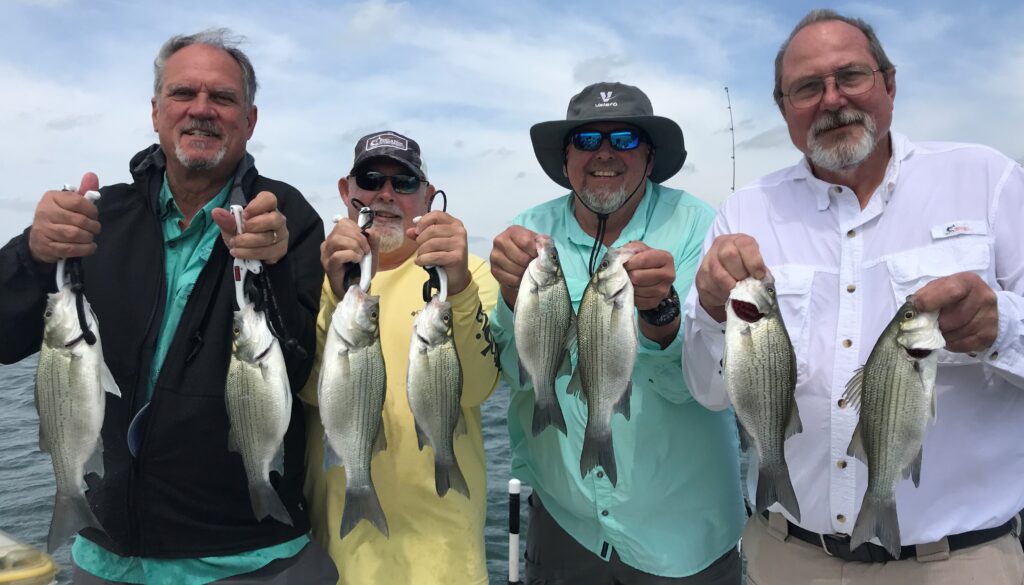 The fishing was just phenomenal this morning.  We fished at six location, finding fish at five of them.  The action began at a modest pace as the sun was rising and was obscured by the grey cloud cover.  As was the case all last week (with 100% cloud cover each morning) the middle two hours of the trip produced best.

Before we headed out, I stopped in about 20′ of water and did a thorough demonstration on how to (and how not to) work the MAL Lure.  With everyone having abundant prior fishing experience, everyone grasped the technique quickly, and so we started catching fish right off the bat with very little learning curve involved.

The fish were really fired up this morning, with occasional bouts of white bass chasing shad all the way to the surface and thus giving their location away.  Every place at which we caught fish had suspended fish on patrol up high in the water column as we arrived, indicating the fish were excited and already feeding; therefore, we did not have to get them excited with the commotion we created.

We worked chartreuse MAL Lures (chosen over the white due to the grey cloud cover) vertically with iron-clad results all morning until the fish finally quit at 11:15.

Because it was obvious that the fish were really fired up today, I did not hesitate to leave fish to find other fish if every single fish we caught at a particular area was short.  Each place we fish certainly gave up short fish, but there were definitely areas which held more large white bass than others — which I suspect was related to the size of the bait (threadfin shad) present.  Last year’s year group was a strong year class, and there are a lot of small white bass at the ‘base of the pyramid’ no matter where you go.

We never left that same 30-35′ band which produced so well last week.

When all was said and done, my 4 clients landed 364 fish.

Prior to this trip, my single best trip with clients aboard took place in early January many years ago.  Harker Heights resident Jerry Worley, owner of the Jerry Worley Insurance Agency, accompanied by two young men he had mentored in his role as assistant youth pastor at Memorial Baptist Church in Killeen, landed 354 fish on a full day trip (sunrise to sunset) just in advance of a major cold front.

That was a full-day trip with three men.  Today’s effort was but 4.5 hours in duration with 4 anglers.  My previous best half-day trip took place earlier this month, on Friday, April 2nd, with 333 fish landed in 4.5 hours, also with 4 anglers. 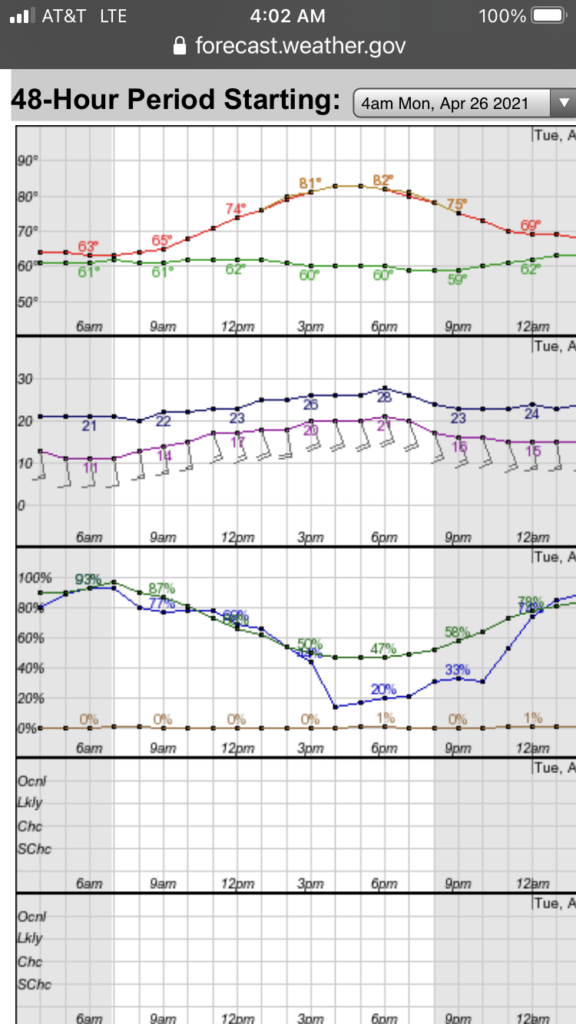