WHO I FISHED WITH:   This past Tuesday, April 27th, I fished with returning guests Jim Wood of McGregor, and Sky Sparks of Killeen.  The two have worked together in the medical field for a number of years, Jim as a physician specializing in wound care, and Sky as a medical scribe. 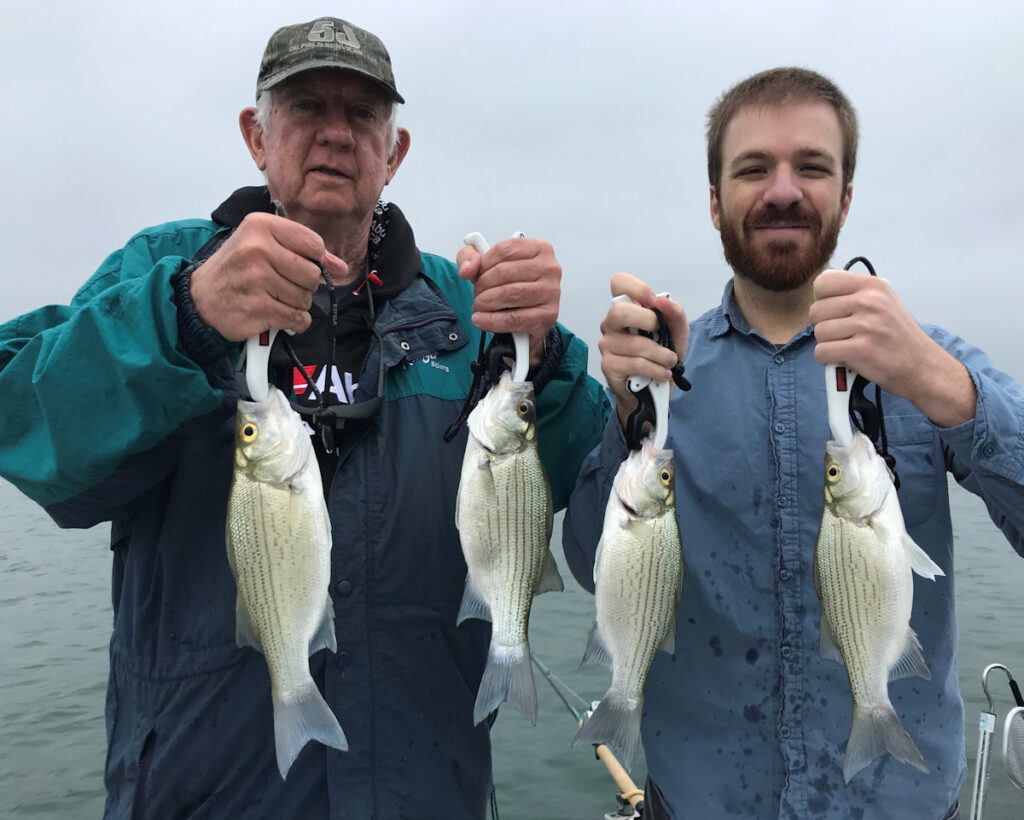 PHOTO CAPTION:   From left, Dr. Jim Wood and Sky Sparks with Lake Belton white bass in hand.  Post-spawn fish are returning to the lake from out of the tributaries in great numbers, and they are plenty hungry.  These men landed 155 fish this morning.

The fishing continues to be on fire for high numbers of white bass.  These fish are returning hungry from their annual spawning migration upstream, and, with water temperature on the rise, they are eating everything in sight to keep up with their bodies’ demands for energy.

Jim and Sky had 115 fish landed before two hours’ time had elapsed this morning, all on the original chartreuse-colored MAL Lure.  Now, many of these fish are small, one-year-old fish which make up the “base” of the age-structure pyramid, but the action was non-stop, aided by ideal weather conditions (grey cloud cover and breeze with a southerly component).

The commonality in the areas these fish seem to be settling in to feed in is slow tapering bottoms adjacent to the river channel in 30-35 feet.  When these fish are feeding and moving, they really show up well on well-tuned side-imaging — like “rice grains” all bunched up together.

At the two hour mark, with those 115 fish landed, and Jim’s wrist already “talking to him”, I offered that we could change things up a bit and head to some different waters in pursuit of hybrid striped bass using live shad on tight lines.  The two were up for a bit of variety, so we retooled and were off to hunt hybrid.  Along the way, we encountered stranded boaters and gave them a tow in, which cost us a bit of time.

I extended the trip to make up for that lost time and, in the two hours of fishing which followed the “rescue”, we landed another 40 fish, which included only one hybrid striper (19 1/16″), as well as a 6-pound blue cat, and another 38 white bass.  Many of these white bass were, on average, of better size than we had taken earlier on lures, as they were hitting shad I had hand-culled for use on hybrid.  Most of these baits would have been impossible for a 1 or 2 year old white bass to mouth, so, our numbers fell, but quality increased.

By around noon, the bite had slowed and Jim’s wrist was approaching immobility, so we called it a good day and headed on in with a total of 155 fish caught and released.

OBSERVATIONS: Thanks to seasonal temperatures so far this week, accompanied by grey cloud cover preventing direct heating by the sun, another slow warmup of the water has begun which is great for the fishing. 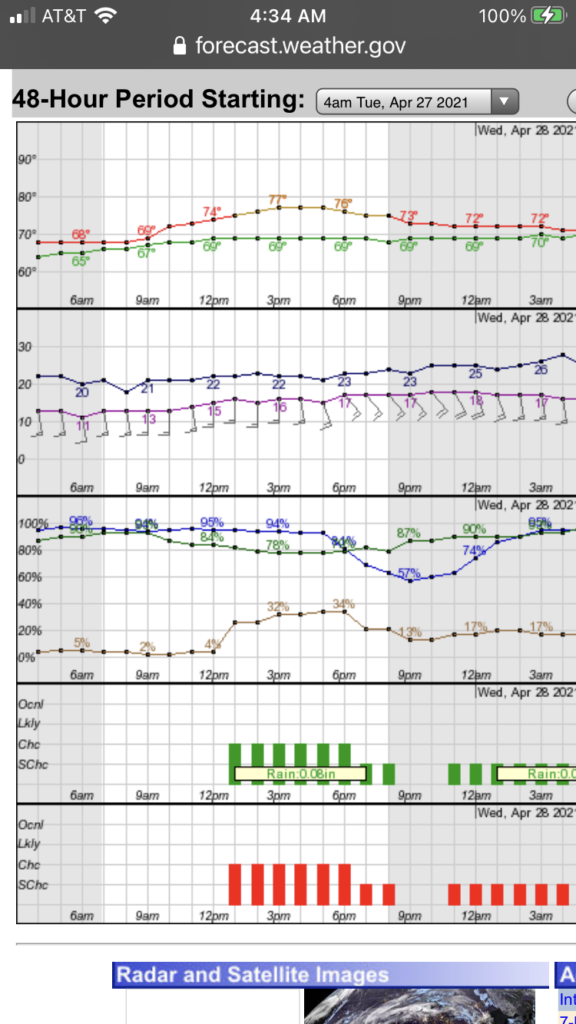