WHO I FISHED WITH:   This past Wednesday evening, May 26th, I fished an evening trip with long-time client Steve Niemeier, his granddaughter, Macy Fowler, and Macy’s friend, Noah Lanham.

Try as I might to get Steve and crew booked for a morning, schedules just didn’t work out and we wound up fishing in the afternoon, after Macy had completed her STAAR testing at the public school she attends, thus essentially wrapping up the academic year.

Afternoon fishing is very different from fishing mornings in that the bite in the morning tends to be longer and stronger, whereas the evening bite gets more consolidated into the final 2.5 hours or so prior to sunset.  Thus, on a full 4-hour trip, that first 90 minutes or so in the evening tends to be pretty tough.

This evening was no exception, but, once those fish turned on, they made up for lost time. 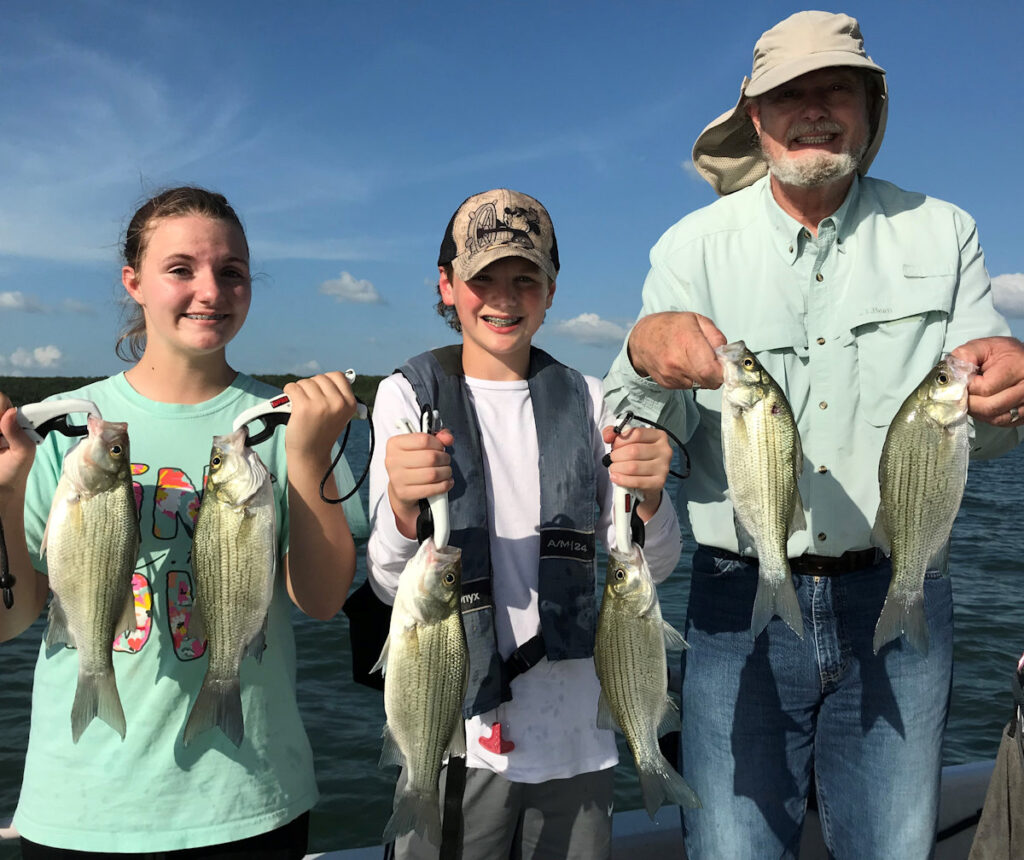 PHOTO CAPTION:  From left:   Macy Fowler, Noah Lanham, and Steve Niemeier with a few of the 235 fish they landed this past Wednesday evening on Lake Belton. 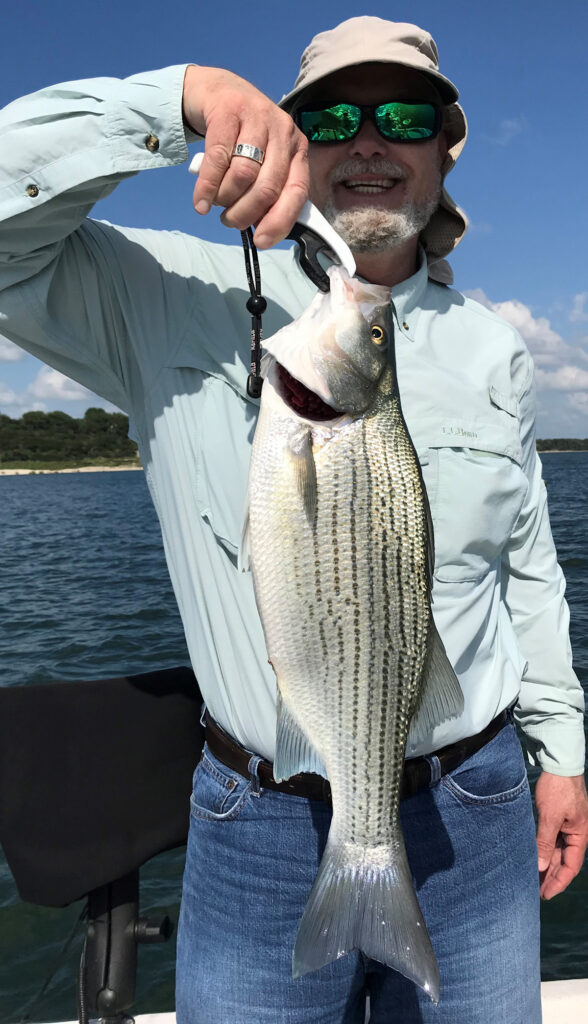 PHOTO CAPTION: Steve Niemeier picked up our one and only hybrid striped bass from out of 52 feet of water.  The fish raced more quickly and for a greater distance than most of the white bass we encountered in order to strike Steve’s white MAL Heavy.

Fishing was very simple once fish were located.  This evening the fish we found were all at the deep ends of long points and heavily schooled there.

We Spot-Locked on ’em, got the MAL Heavy lures (in white) down to them, and it was game-on.  Several times I observed fish following hooked fish all the way to the surface trying to grab at the MAL Lure’s spinner blade hanging out of its schoolmate’s mouth.  At the final two areas we fished, we had Franklin’s gull activity develop around us after we’d arrived and begun fishing.

Although we did not witness a surface feed, fish were definitely feeding near (but not at) the surface.

Macy and Noah were pretty competitive, and that made both of them fish harder as they both listened closely to the tips and coaching I provided in an effort to outdo the other; this also kept them fully engaged for the duration of the trip.  Once, when Noah announced he was setting down his rod to go get a snack, Macy said, “Oh no you don’t!”   I told her I was proud of her as I was about to say the same thing, only a bit more tactfully.  I explained to Noah that snacking, picture taking, or taking a “bio-break” while fish are biting well is a faux pas.  After all, you have the rest of your life to do those things, but the fish will only be biting for a short while!!

We wrapped up just as the sun set in the west and the feed came to a stop, despite fish still being quite evident on sonar.  We landed 235 fish including 1 hybrid, 1 smallmouth bass, and 233 white bass.

OBSERVATIONS:  A flood-water juggling game has begun with Proctor and Belton’s flows being reduced to allow Whitney to begin gushing water into the Brazos.  No stained water yet observed. 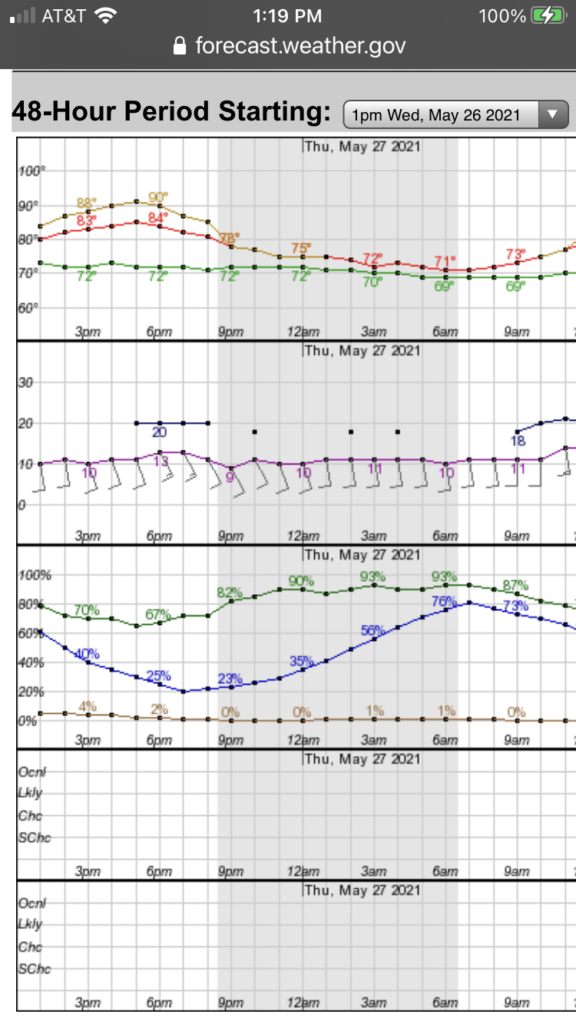