WHO I FISHED WITH:  This morning, Tuesday, June 28th, I welcomed aboard Dwight (Boom-Pa) Stone, his wife, Connie (YaYa) Stone, and their 6-year-old grandson, Jackson Rogers.

This was a “Kids Fish, Too!” trip — a trip intended just for kids, which is less expensive and shorter in duration than my adult trips.  I always ask parents or grandparent who come on these trips to come with a mindset of helping me help the kids be successful, and that is just what Connie and Dwight did today.

My next openings will be on August 10th & 11th.  Weekday mornings are always best.  Saturdays are available for on-the-water sonar training sessions (only) until after Labor Day when I’ll again offer Saturday morning fishing trips (until mid-March 2023). 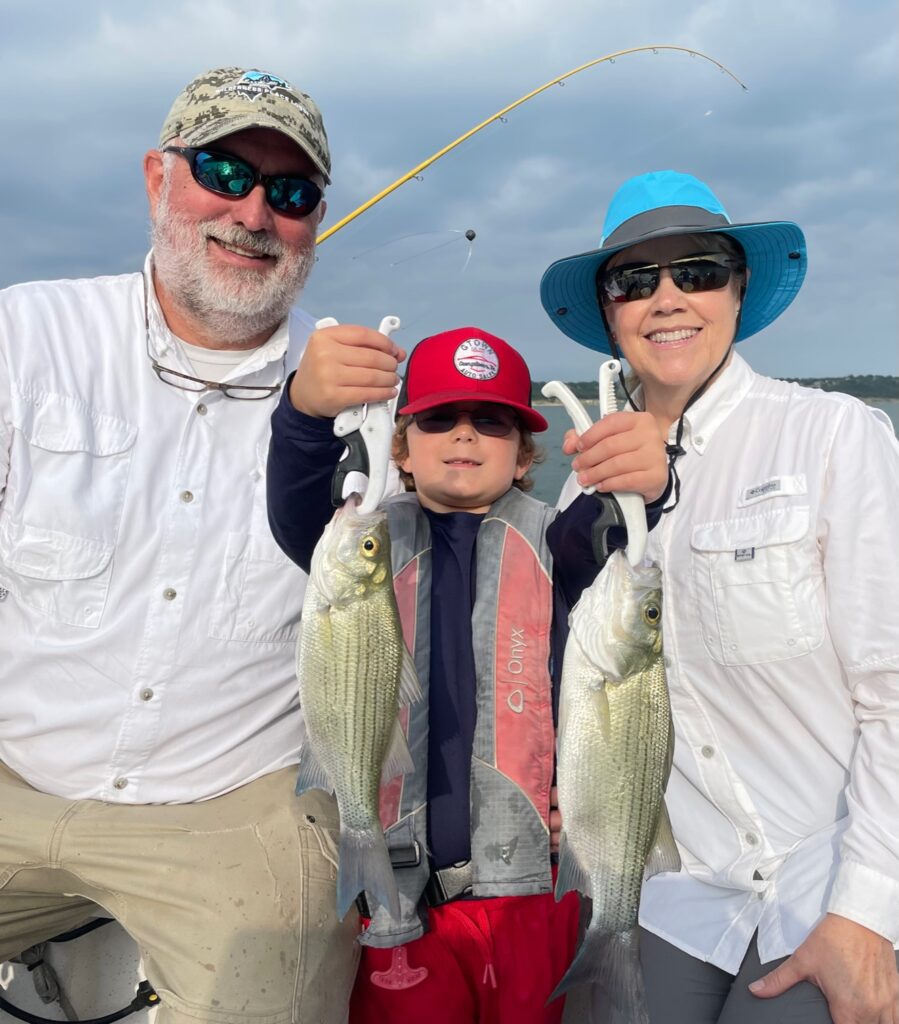 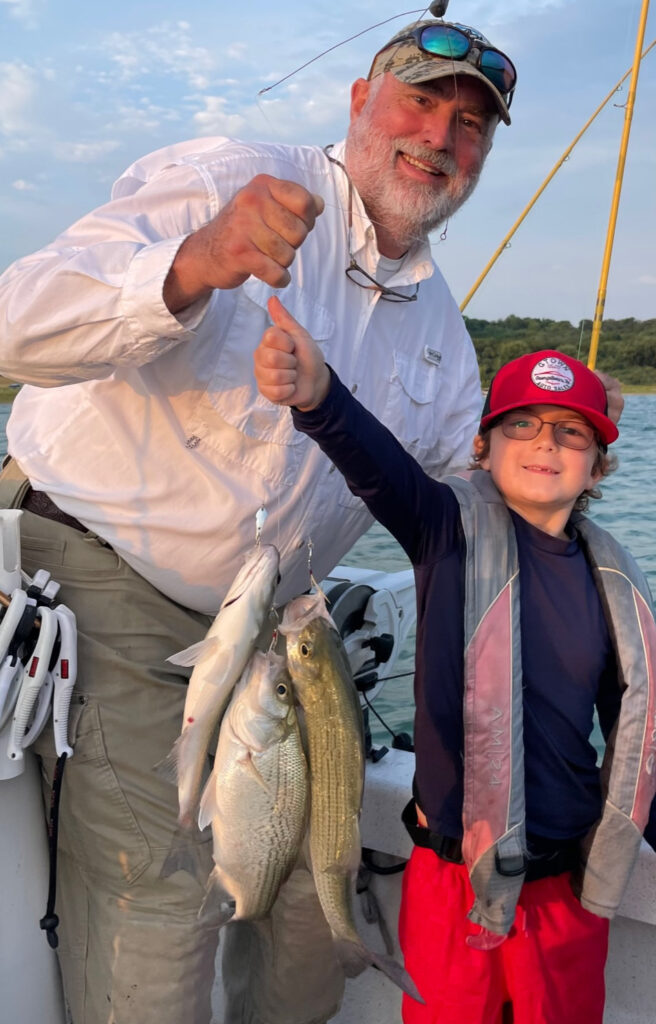 PHOTO CAPTION:  For the fifth consecutive trip we managed a “triple” — catching three fish at a time, one on each of the three Pet Spoons on my 3-armed umbrella rig fished behind a downrigger.  Jackson actually landed three triples today! 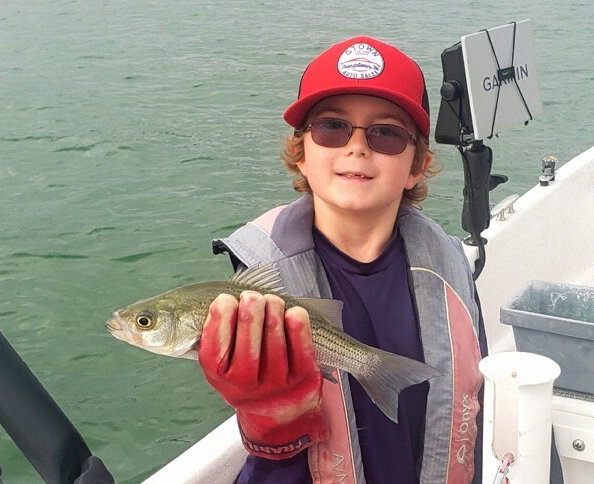 PHOTO CAPTION:  Jackson was a little leery about touching the white bass we caught and released, but, with suitable personal protective equipment, he overcame that challenge!  Speak softly and wear a big glove!!

The impact of Monday’s cold front was still noticeable, but more diminished this morning.  Winds were still from the north, and we enjoyed some rainfall area-wide overnight.  The fish were still just a bit reluctant today.  On numerous occasions we had solid schools of fish pass beneath the boat which, under “standard” summertime conditions with hot temperatures, southerly winds, and hazy skies would normally perk up and chase, overtake, and eat our baits, simply refuse to do so this morning from time to time.

We just rolled with these punches and put together a decent morning over the three hours which Jackson stayed engaged.

In summary, we downrigged to both find and catch fish, and, on occasions where sonar revealed strong concentrations of fish, we stopped to fish for them vertically using a smoking tactic with MAL Dense Lures (white body, chartreuse tail) in conjunction with Garmin LiveScope.

For variety’s sake, I brought along a set of juglines generously donated to me back in 2019 by Mr. Greg Wade for use with kids aboard.  With my jugs, and Dwight’s “secret bait”, we set out ten jugs to drift parallel to one another.  After about an hour we went back and checked them without success.

“Action” Jackson did really well today — he followed instructions, was courteous and thoughtful, and took good care of his catch so each fish could be released in healthy condition.

OBSERVATIONS: 0.50″ caught in the rain gauge between 7p Monday and 7a Tuesday thanks to a cold front colliding with a low pressure system right over Central Texas.

Sky Condition: Greyed over skies all morning, right up until 9:15, at which time the clouds began to “burn off” pretty rapidly. 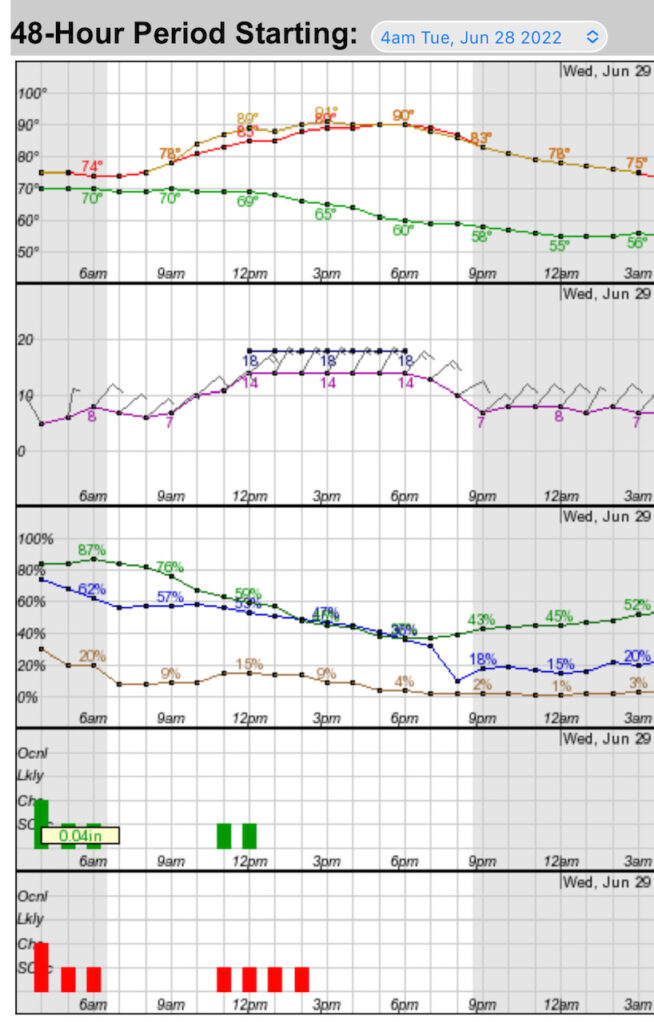