WHO I FISHED WITH: This morning, Tuesday, November 15th, I fished returning guests Jim Downing and his aunt, Sally Hardeman.  Stepping aboard my boat for the first time was Jim’s wife, Tiffany.

Our target species was white bass on Lake Belton.  As we headed out, I wasn’t super-certain on what our rapid cooldown had done to the fishery … but, we soon found out. 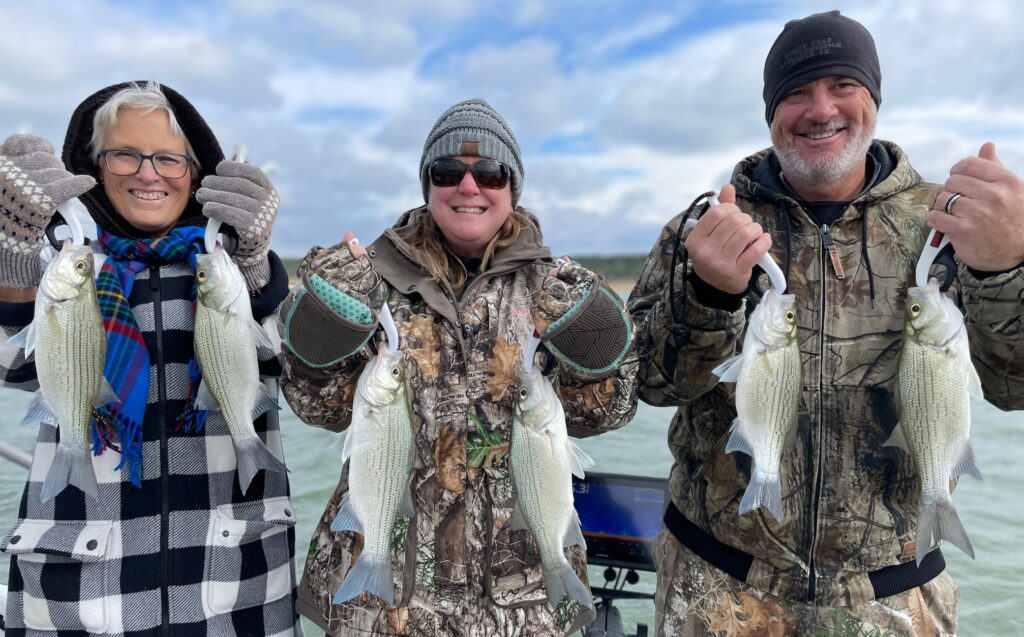 PHOTO CAPTION: From left: Sally Hardeman, and Tiffany & Jim Downing dressed in layers and showed up well-prepared for a chilly morning on Lake Belton which produced 101 fish for them.

As I launched, it was 39F and there was a bite to the ~13mph wind still blowing from the NW following the strong front which pushed in on Veterans’ Day and has since been reinforced by more cold, Canadian air.

It was also obvious that the lake’s normally clearish-green water was a bit more colored thanks to runoff from Friday’s rains, high winds, and additional light rains yesterday.  The water has also cooled fairly quickly — about 3-4F on the surface since Friday when the front now influencing our weather first pushed through.

Our first hour was pretty quiet.  We found only small group of fish and found them unmotivated to chase and bite.

Things really kicked off around 8:15A.  At this time I spotted a tentative flock of gulls looking hard at a specific patch of water — not flying in a straight line and covering ground as they do when just patrolling for food.

I found a few fish in this general area and got us set up to fish while keeping a close eye on that flock of gulls.  As anticipated, those gulls soon began to get more animated and, after a few more minutes, they began striking the water’s surface, indicating that white bass were aggressively herding shad up to the surface.  We moved in and started catching.  The catching ebbed and flowed but never stopped until right around 11A.

We wound up putting exactly 101 fish in the boat.  Our sole tactic was “smoking” using the MAL Original with white tail.  We did have to adjust speed from time to time, but the fish, despite the water’s cooldown, were still quite turned on to this technique.

In all, we found and fished under 3 distinct flocks of gulls, using their presence to get close to the fish, then using sonar to find the “spot on the spot”.

OBSERVATIONS: 1)All of this morning’s fish were found with the aid of gulls.  2) The water has been made dingy by the recent rain and winds. 3) The fishing started later today — around 8:15A.

Sky Condition: 60-80% white cloud cover on a fair sky most of the morning. 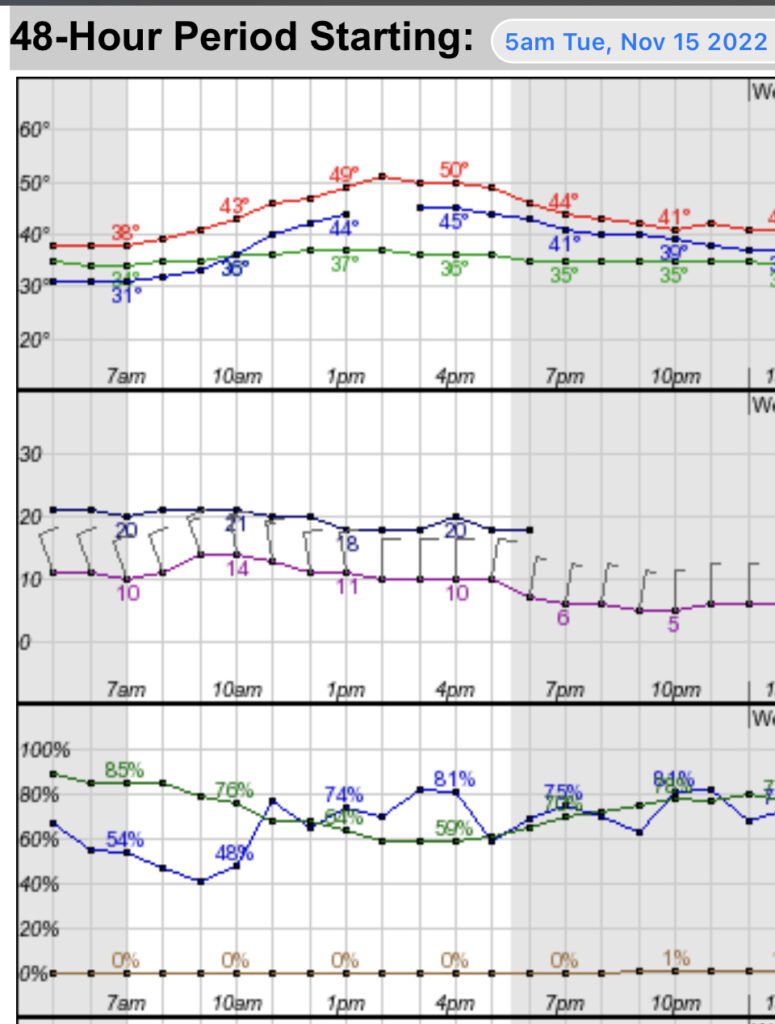